About The Dice Sesh Characters!

Here is some info about our Dice Sesh characters! Be sure to listen to ALL the episodes HERE! (Spoilers in this post)

A satyr bard and chosen of Klothys, the goddess of Destiny. In order to prepare himself both as a champion of Klothys and a hero capable of facing a Titan, he and the rest of the crew set forth to find and set right the destiny of his lost love, Cleo. Having discovered she turned into a gorgon, and that the only way to save her from a fate worse than death was to kill the monster himself, Takis and the group completed their task, and with her dying breath Cleo bestowed upon Takis a magic sword named the Kleios Pandemnos. Once cheerful and randy as any satyr, Takis now carries a weight with him that has numbed him to the world. Only time will tell if he will recover from the trauma of slaying the monster Cleo had become.

An anvilwrought wizard and former (?) prophet of Phenax. Once a complete amnesiac, over the course of their journeys Jude has been steadily regaining more of his lost memories- and finding that the person he once was perhaps wouldn’t take as quickly to his new friends as Jude currently does. With Phenax regularly speaking to him and contradicting much of what his new friends say, and with a recent rift in his budding romance with the party’s leonin warrior Aslan still mending, Jude’s resolve is on shaky ground. Still, he remains determined to find out everything about his past that has yet to be revealed, even- or perhaps especially- if Phenax believes it to be a risky idea.

An Akroan scout who’s recently learning how to use musical magic thanks to Takis, Eva initially set out with the crew in order to keep an eye on them and ensure they didn’t cause any trouble. Over the course of their journeys, however, she discovered that her city’s patron god, Iroas, had a grand destiny in mind for her, tasking her first to obtain the magical bow Moira by undergoing a trial set forth by Nylea. Now wielding a weapon prophesied to unite the poleis, Eva has recently come to realize that Iroas means for her to take the place of Akros’ missing king and her uncle, Anax. The task before her certainly isn’t an easy one, but Eva is determined to see it through- after they deal with the Titan, that is.

A nyxborn satyr bard and ‘son’ of Iroas, to look at Spyro you would think with his outrageous color scheme and flamboyant personality that the man had no cares in the world to speak of. Despite his appearance, however, Spyro’s life has been one of hardship and struggle, plagued by self-doubt and guilt that he has only rcently started to address. After receiving a vision from Iroas of impending danger, Spyro ran away from his local cohort, abandoning his younger brother and his mentor- both of whom were killed in the wolf attack that occured shortly after he left. Tasked as punishment with protecting a statue (which turned out to be an inert Jude) Spyro found solace in his wife, pregnant with their child, and life seemed to at the very least be stable- until Jude ‘woke up’ and decided to leave. Not wanting to fail in another task, Spyro followed the anvilwrought, and the two have since forged a bond that is akin to a father and son. Spyro has also recently begun to learn more of his ‘father’ Iroas, including his expectations of his wayward nyxborn ‘son’.

A leonin warrior from Oreskos, Aslan was born marked by Heliod, a sign that he would grow to be a champion of the sun god. Given the iconoclastic nature of leonin society, this did Aslan little favors in terms of his social life, and he grew to resent the sun god with a fiery passion. Having recieved visions of impending doom visiting Oreskos, Aslan set out from his home in order to find out what Heliod was trying to tell him, and found himself in the company of the rest of the crew. Finding romance in the anvilwrought wizard Jude, Aslan became attached to the band he now travels with, leading to a confrontation with Heliod when he tried to help Eva in her trial of Nylea by begging the goddess to lend them her ear. Stripped of his powers as a paladin of Heliod, things steadily grew worse for Aslan as he refused to make amends with the sun god, and finally, when he asked for aid and was rebuffed, Aslan lashed out with his words, criticizing Heliod and the actions of his priesthood. His pride injured, Heliod smote Aslan where he stood, cursing him to die a slow, agonizing death. With the aid of the others and some help from Klothys, Aslan managed to recover after journeying to the Underworld and reforging his own soul with the aid of his ancestors. Now wielding the might of both a warrior and a shaman of his clan, and carrying the magic blade Kitaigida, Aslan seems back in full form- but will only remain so if he completes a task set before him by Athreos, the death god who allowed him passage back to the land of the living in exchange for returning a set of lost souls who escaped him millenia prior.

A minotaur cleric of Pharika, Torous set out from his home city of Meletis in order to bring healing to the sick abroad. His travels took him to Akros, where he joined the rest of the crew on their first adventure as part of a task to ensure his intentions were honest and true, given the reputation of his kind as destructive enemies of Eva’s homeland. Now joining the others in their task to slay a Titan, Torous has proven time and again his devotion not just to Pharika, but the group as a whole, mending their wounds and providing advice where he can- though it can sometimes prove confusing or unhelpful, given his proclivity for meandering conversations and philosophical musings. Having recently found evidence that a sect of Pharika caused the transformation of Takis’ love, Cleo, into a gorgon, and that his mentor may have been involved in a series of murders in the city of Meletis, Torous must now confront the reality that Pharika, and many of her followers, can be cruel in their pursuit of knowledge- and decide how far he himself will go in order to obtain that which Pharika has tasked him to create: the Titan’s Brew, an elixir which Pharika promises could save Theros from destruction.

LISTEN TO THE PODCAST TODAY! 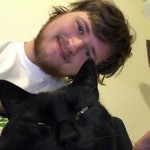