We had the pleasure of interviewing Nijimura Jun all about their journey as a Vtuber!

It’s really the same-old-same-old of being particularly inspired by certain Vtubers with large followings, to be honest. In my case, the ones that really got me into the idea of Vtubing were the livers of Nijisanji EN… It’s weird how absolutely nothing about Vtubing particularly drew me in before them, but becoming a fan of theirs somehow made it click, for some reason, and all of a sudden every aspect of Vtubing drew me in, and wanting to become a Vtuber just came as an obvious consequence of falling down the Vtuber rabbithole, hehe.

It’s actually just a simple model I made on Charat completely for free (yes, they do allow their characters to be used in vtubing), and I tried to make him to sort of fit my voice and my vibe, if that makes any sense? Sleepy eyes, lazy smile, squishy cheeks, the works! I’m still working very hard on a side-job while studying in university so that I can afford a decent model, but I feel like for what I’m doing currently, pngtubing is more than enough.

Very honestly it’s the amount of cool people I get to meet while doing this, like- Everyone is so absolutely talented in many different ways it’s insane, there’s people who can sing beautifully, art, play instruments, do audio mixing, do graphic design, voice act and so so much more, and every day is very much a learning experience, I think! Also, it’s really nice to be able to build a community of people who vibe with you, it’s really comfy and really really nice, and you can really get surprised by the amount of people who like you as a person once you put yourself out there! (As an introvert and somewhat of a shut-in, this one is particularly empowering to me)

I don’t feel qualified whatsoever to be in any position to give advice, but… Three things! – DON’T BE SCARED BY THE PRICE TAG I promise you can totally become a Vtuber with free resources online, there’s a lot of free stuff like character creators, stream overlays, assets, and music available if you just look for them! Having a really cool model and having stuff custom-made for you is always nice, but you could always look into those options /after/ you’ve gotten started! – Don’t try to overly cater to what other people want from you, if that makes sense? Granted, roleplaying and digital puppetry is completely a thing and it’s really awesome when people can pull it off, but besides that I think it’s really important to play into your strengths and be at least somewhat authentic to who you are as a person- Do the stuff that /you/ like, express the opinions that /you/ think, and experiment with what you enjoy the most instead of the hottest newest trend that you think is just ‘meh’, you know? – Put yourself out there! Apply to collabs, have fun with the community, get yourself involved in events, audition, let people show who you are! Show who you are as a person to the entire world, and statistically, at least a small subset of people are bound to go “oh hey I like that guy”, and… A small subset of the people in the world is still a lottttt of people!

Honestly personally I’m just taking it one step at a time, but by the end of the year I hope to have improved in speaking to people and being expressive in general, hopefully get a feel of the type of content creation I want to do, and I hope to become better at singing and,,, maybe put out a well-produced cover by the end of the year? Baby steps, really, and I’m not in a rush to become big or anything, so honestly if I’m still doing Vtubing and still have the people with me now still by my side by the end of the year, then I consider it a big big win!

You can just find me @Niijunjun on Twitter, which is where I’m most active! I go by Nijimura_Jun on twitch, and… I literally have nothing on my youtube channel, so I’m not going to plug that, heh 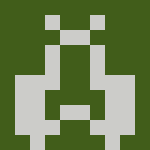