Fans are about to embark on a new adventure as The Expanse’s fifth season has finally arrived on Amazon. The show has made quite an impact after getting picked up by the streamer last year and now things are about to heat up as the show returns for a brand new season. There’s quite a lot to unfold at the start of the season as the crew of the Rocinante are about to face a brand new adversary who could possibly shake the foundations of the Belt, Mars, and Earth. To help us in uncovering what’s about to take place this season, the writers and cast gave us a lowdown on what fans should expect for our beloved characters in The Expanse.

With such a rigorous schedule to adapt the series, showrunner Naren Shankar and authors James S.A. Corey (Daniel Abraham and Ty Franck) gave us some insight on what shooting was like for the upcoming season. Shankar touched on how easily it was to adapt the fifth book in The Expanse series for the new season. “We start talking about what the path forward is going to be for season five. Book five was probably the smoothest adaptations because the storylines were very cleanly separated character-wise and it laid out really nicely. The biggest question I think was probably figuring out where to start it,” Shankar said. Other than the story, the biggest change this season was location as much of the plot also takes place on Earth as the showrunner mentioned. “This year was one of our biggest locations. In terms of variety, this year was the biggest we’ve ever done. One storyline is completely on Earth and that moved around a fair amount. It was a great way to expand the look and scope of the show.”

In regards to working with the authors of the series, it was a perfect partnership between them and the showrunner. “It has been unique, they are adapting it for another medium as they are writing it for their original medium. That’s unusual,” Shankar put it frankly. With season six confirmed to be the last for the series, the writers reflect on their journey to adapt their massive story for television and what they hope to see as the show comes to a close. “I’m very happy with the direction we’re going with for six. I think it’ll be good,” Abraham said. “There’s a nice natural pause point at the end of book six where we can all take a breath. I have been told there are additional plans for the IP in the future, I don’t know those are, but we’ll see what happens,” Ty added.

When it comes to planning out the season, there’s a lot of planning involved as the authors of the books would know. “There’s always a lot of planning. The writer’s rooms spend months mapping out a season before we write a single page of that season. As far as having enough stuff for everybody to do, that wasn’t the issue. The issue was trimming the stories down to the point where we could actually shoot them in 10 episodes,” Ty said. Shankar added that despite using the entire book to adapt from, they did “borrowed some stuff from book six as well.” 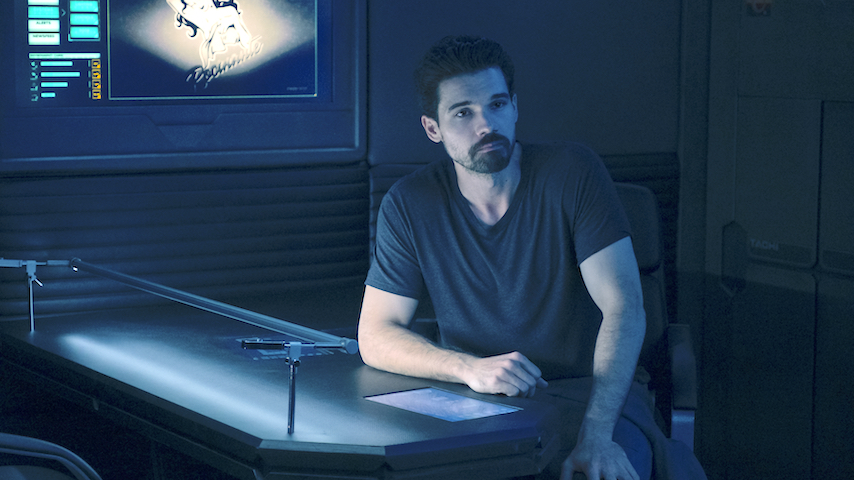 Steven Strait, who plays Captain Holden of the Rocinante, shared some details on where his character will be in the new season as much of the Rocinante crew aren’t together. ”I think in season five, you see Holden with his feet on the ground in a way we haven’t seen before. We find Holden in a much secure place with his responsibilities after everything he’s been through.” The actor also addressed Holden’s personal life as far as his future with Naomi. “On a personal level, you see Holden and Naomi in a much more domestic situation at this point. Their relationship is in a good place.” He also added how different things will be as his shipmates aren’t all together. “There’s an irony with the fact that he’s secured his responsibilities as a leader and a man. But the people who supported him to get him there that he relied on…are all dispersed at different ends of the system.” 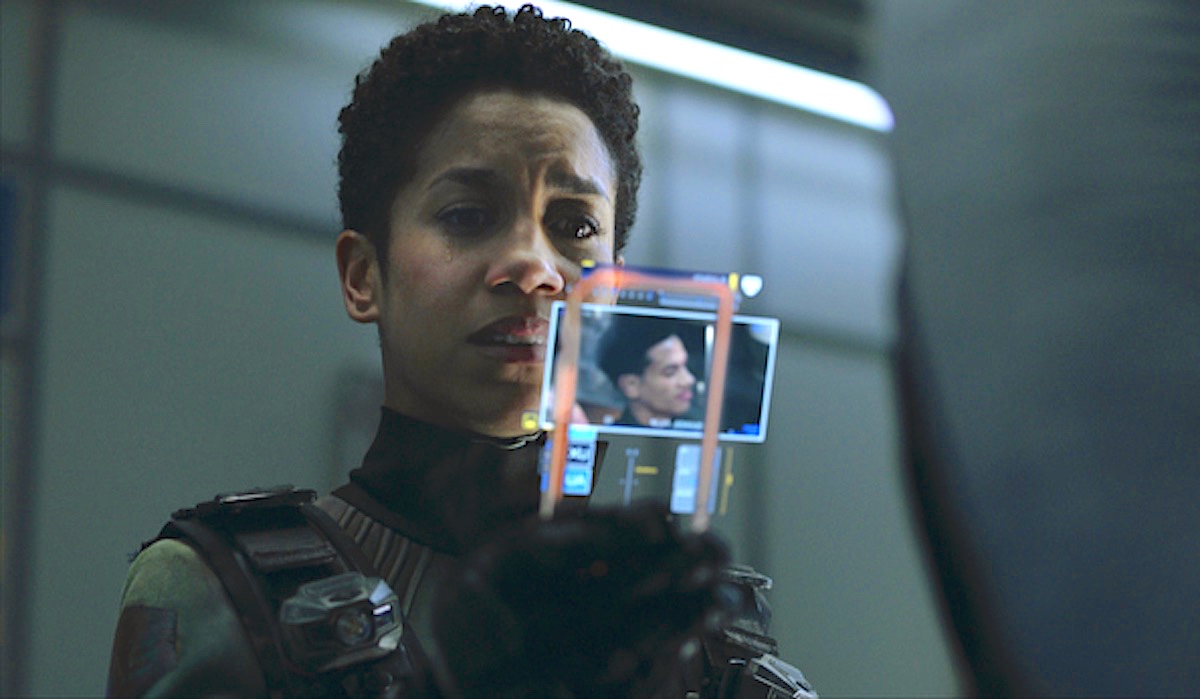 Speaking of Naomi, actress Dominique Tipper addressed the big trip her character will go through this season. “It’s quite a journey for Naomi this season. I think she starts off by making one of the most illogical choices she’s ever made where she goes to find her son and save him in some way from what’s about to happen in the universe. It’s a very emotional choice, I don’t think we’ve ever seen Naomi being guided so heavily by her emotions.” With all that the Rocinante’s engineer faces, it also took a toll on Tipper who portrayed her. “That latter half of the season is probably one of the hardest things I’ve ever done in my life. It was exhausting emotionally, mentally, and physically. I’ve really was in a space where I never actually had to go in before as an actor. It was just so hard to film logistically and hard on me. I’ve prepared as much as I could but honestly, I had a few months of recovery after shooting this season because I was just done in all the ways.” 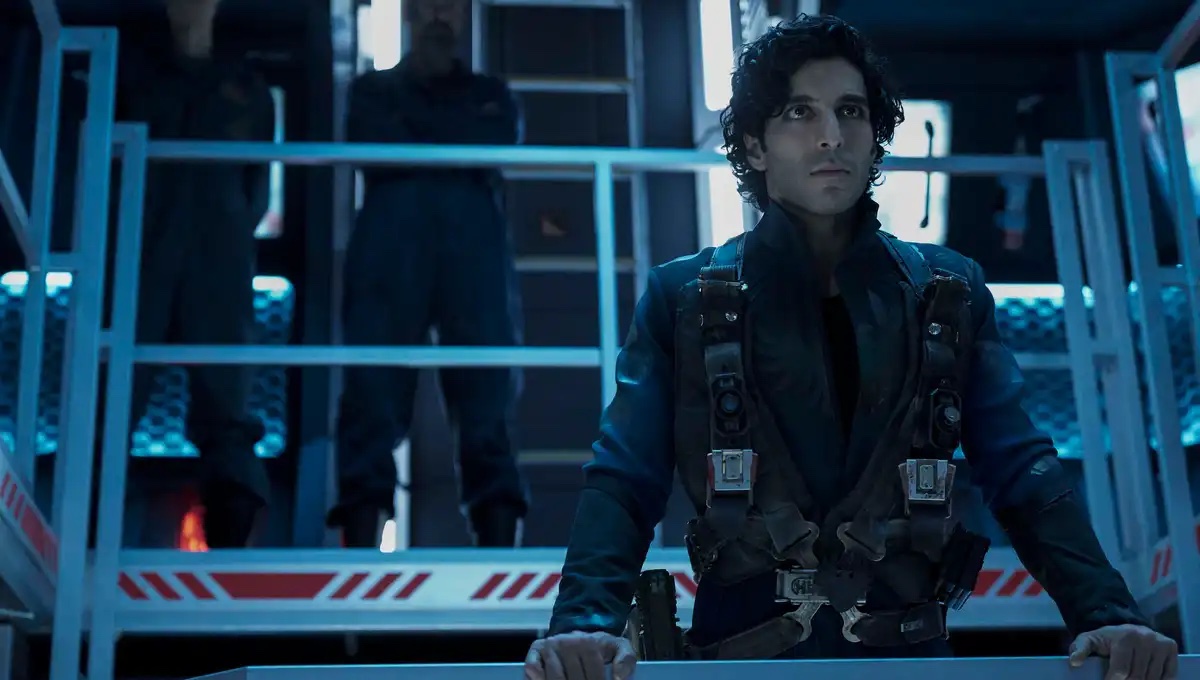 As we enter a new season, a new villain emerges with Marco, who starts a revolution that may change the environment of the show. Keon Alexander gave a brief look at what we can expect from his villainous role. “I definitely don’t think that Marco thinks of himself as a villain in any way. There’s been a lot of bent up energy and discontent and to be able to represent and channel that bent up energy and discontent of those people and contain it in one person like a nuclear force and to be able to channel that in a way that is multidimensional is a dream come true.”

Family becomes a theme in this upcoming season as Naomi comes to grips with her son, whom she shares with the season’s antagonist. “I think we are the definition of nuclear family. I think what’s really interesting about Naomi and Marco is that they represent something in their personal life that is playing out in the biggest sense in the world. You have these two people with very different views about how we should go about our people’s liberation and so they are both actively engaging in what they think is the best way,” Tipper said. “On a personal level, their son happens to be in the middle of it and they are forever at odds about what’s the best thing to do. I think it’s very interesting to watch that play out personally and on a macro level.” 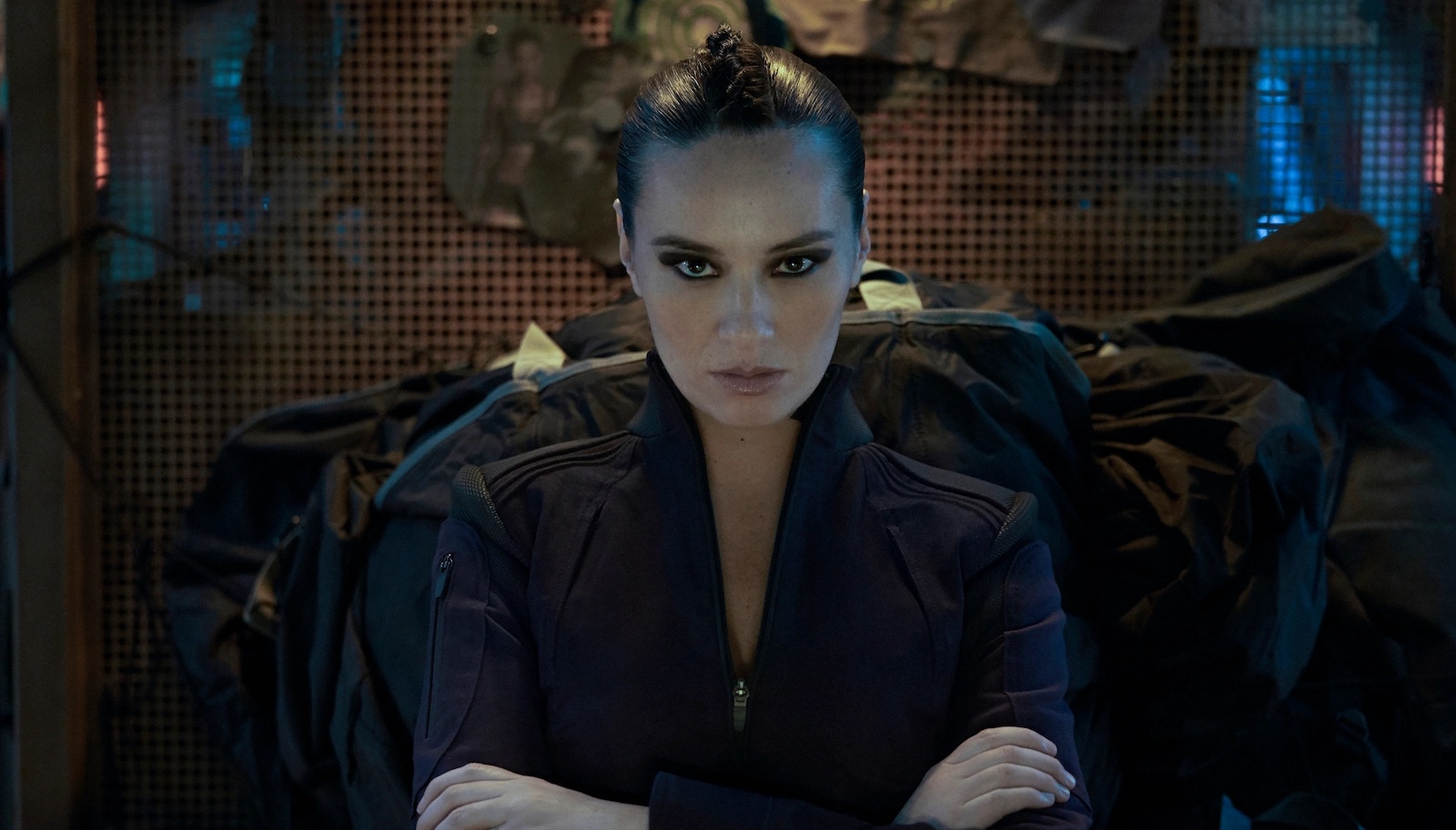 After what happened last season, OPA’s head of security Camina Drummer takes on a leadership role but is still reeling from the loss of her mentor. Cara Gee spoke a bit about her arc this season. “When we left Drummer in season four, she had decided to leave the OPA because it didn’t align with her values any longer. In the time between season four and season five, she has found a new crew. For Drummer, it’s been a very different life outside of the OPA.” As Drummer’s life starts to open up, Gee further elaborated on how much of the real Drummer viewers will get to see. “Drummer is fighting for something she believes in so strongly. This season, we do see what’s underneath that and we see into her personal life more than ever before and we see moments of vulnerability.” 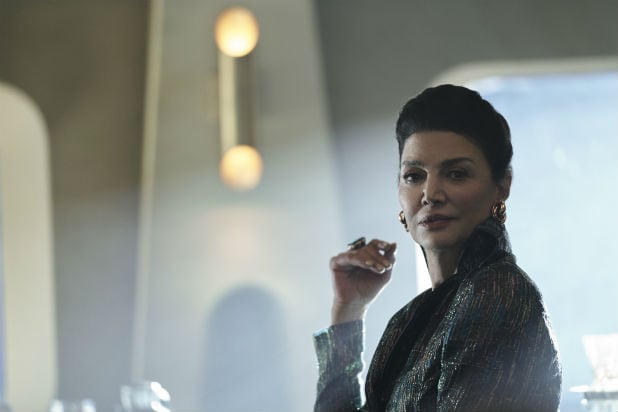 Back on Earth, the UN’s own Chrisjen Avasarala becomes afraid of something that she once predicted a few seasons ago, which was an all-out war in space. Portrayer Shohreh Aghdashloo recalled how Chrisjen’s fear from last season would come back to haunt her now. “In season four, we watch her desperately wondering what to do and how to deal with these predators. In season five, what she’s been afraid of is about to happen.” As Aghdashloo explained, this isn’t the first time that the UN Undersecretary has foreseen the events of the current season. “This is not the first time that is happening that she’s worried. We see it in season one, episode two. We see her on her roof gazing at the stars, her grandson joins her and asks her, Are you afraid of the stars? She goes, No, I’m afraid of the stones that people throw. She’s been up to her neck.” 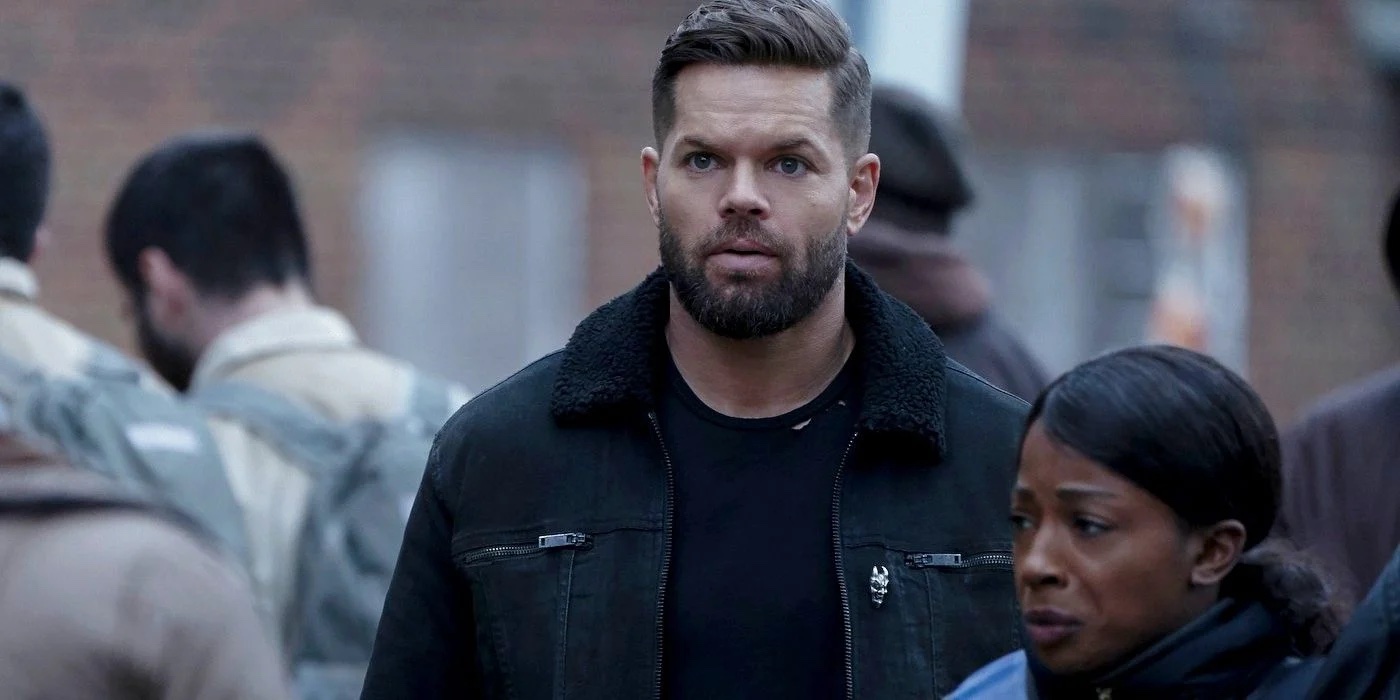 Another character we get to see back on Earth is Rocinante’s own muscle, Amos. Wes Chatham got to speak about how viewers would finally get to see Amos’ upbringing. “We really dove deep into Amos’ backstory. What is so satisfying about season five is that all this work and preparation that happened in my imagination about him growing up in Baltimore and his relationship with Eric is now real and tangible and you’re living in this world.” Getting to shoot the Earth scenes felt like a daunting task, according to Chatham. “Going forward, I think this is the apex of that arc. We really get to look inside Amos and see where he comes from and why he is the way he is.”

So what does the future hold for the series as we now know that an ending is in sight in the next season? “This show has had many lives and it’s been really remarkable. The fans will be satisfied with how it ends,” Chatham remarked. “And who knows what the future is going to hold after season six. But the show is healthier than ever right now.”