Batman has been rebooted more times than we can count in movies, but the newest iteration may be the darkest one we’ve had since Christopher Nolan’s Dark Knight Trilogy. Directed by Matt Reeves, actor Robert Pattinson dons the cowl as Bruce Wayne’s alter ego in a unique take on the caped crusader that goes deep into the underbelly of Gotham City and its inhabitants. The Batman forgoes the origin story and instead gives audiences a version of Batman that is still learning to become Gotham’s beacon of hope while he struggles with his inner demons. The film humanizes our hero and gives him an arc that follows throughout the film.

The Batman takes us two years into the career of the Dark Knight as he tackles a new adversary who is targeting Gotham’s elite under the name of The Riddler (Paul Dano). Teaming up with Lieutenant James Gordon (Jeffrey Wright), we follow Bruce as he investigates these murders while solving his adversary’s countless clues that he leaves behind while discovering the ugly history of Gotham City and the underworld. On his journey, he meets Selina Kyle (Zoe Kravitz), a night club worker who moonlights as a thief as she gets embroiled into the investigation that has gotten the citizens of Gotham engulfed in fear. With all these cryptic clues left behind by a deranged serial killer, Batman uncovers a bigger conspiracy as well as ties to his own family legacy. 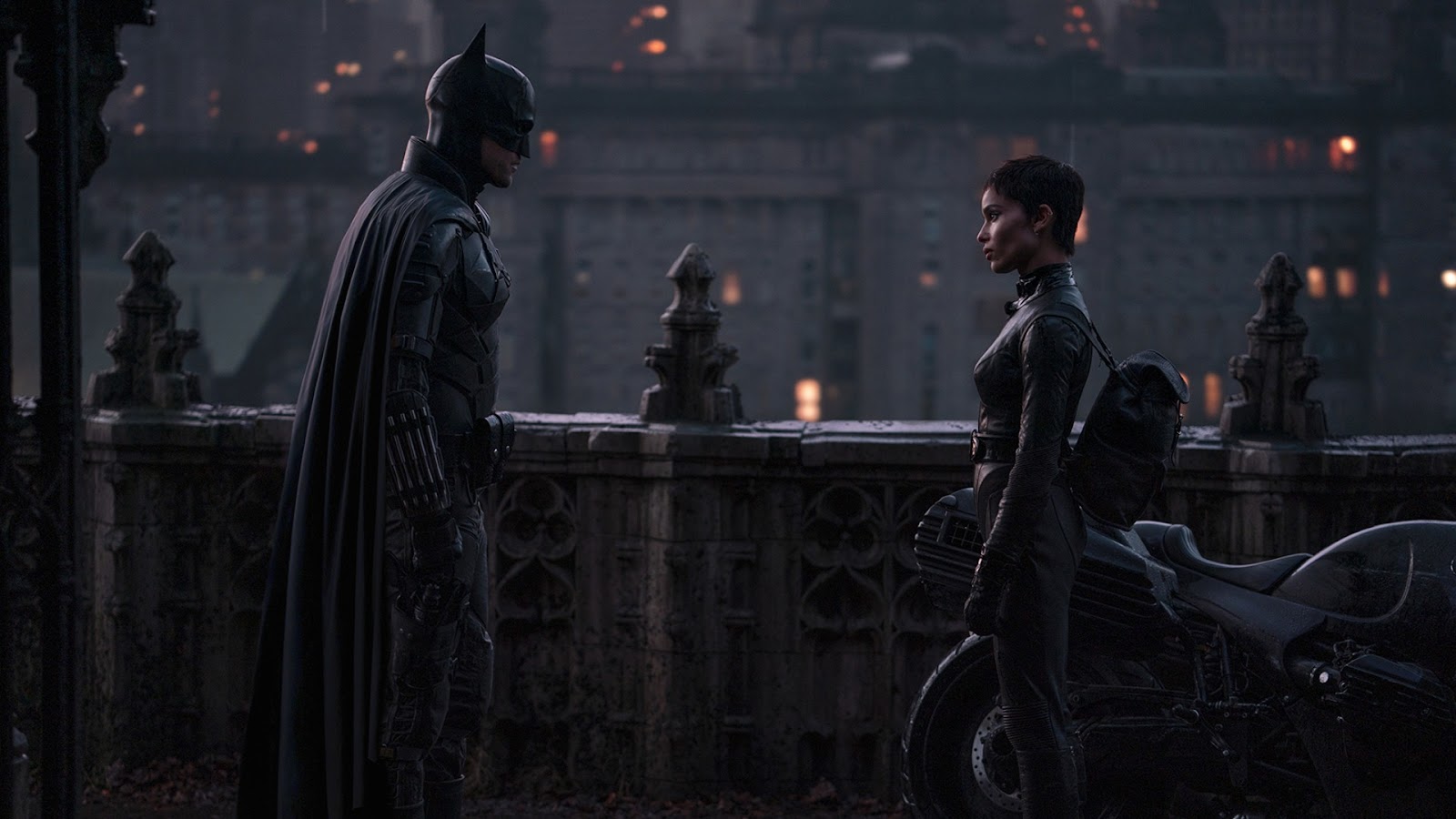 Despite being a superhero film, The Batman doesn’t exactly fit in that category. There are strands of DNA from other Batman films from the gothic textures of the Tim Burton films to the realistic take in the Nolan trilogy. We also get some of that brutality from the Zack Snyder version as well as the psychological aspect from The Joker. What we also get is the gritty detective noir that is particularly inspired by 70s films as well as those of David Fincher’s works on Se7en and Zodiac. It seems like we also get to see the caped crusader through the lens of the villains as the film portrays him as a figure in the shadows that keeps these criminals afraid of his presence alone.

Pattinson’s portrayal of Bruce Wayne and the Batman are similar in behavior, but we do get a much heavier emphasis on his superhero alter ego than any of the previous versions on screen. Bruce is shown more like a reclusive rich playboy who is rarely in the public eye as much, but Batman is more well-known in Gotham as her lurks in the shadows and invokes fear to those who stand in his way. He is by no means the light that shines in Gotham, but more of a tool of vengeance against the criminal underworld. Sometimes it can be a bit too much when the film goes into the brooding nature of our hero with his slow dialogue and staredowns at times. However, Pattinson carefully masquerades as the Batman really well with his intensity and his intimidating tactics as a crime fighter. This is a Batman who is clearly unhinged and broken, which is a nice change of pace from other iterations. 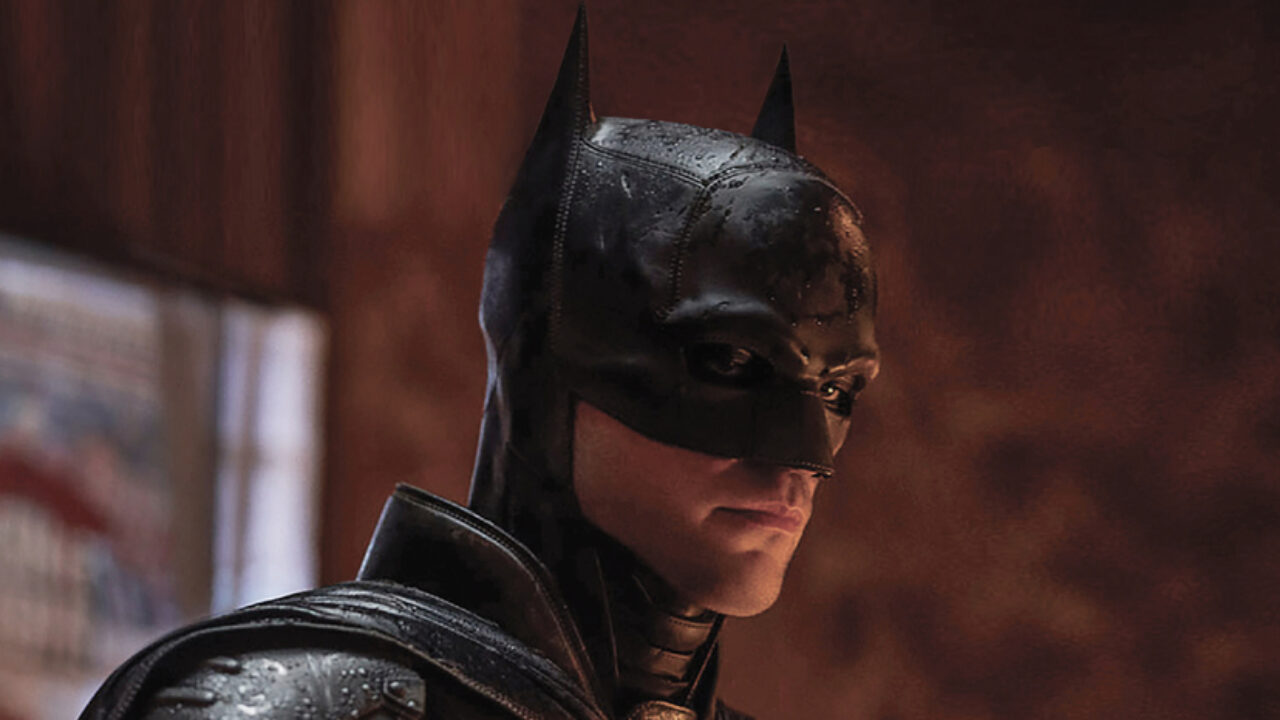 Our supporting cast of characters also help bring this film alive as they all share interactions with Batman. Kravitz as Selina Kyle shares some incredible chemistry with Pattinson’s Batman in their scenes together. She engulfs the best of what Catwoman has to offer in this world of The Batman. We explore a bit of her background, but it seems we don’t get enough time spent with her to truly know what’s underneath her mask. The same can be said on Wright’s buddy cop Jim Gordon with the many scenes we get between him and Pattinson. Wright does a great job in portraying the only person in the Gotham police who believes in Batman. The villains do get to have some fun here thanks to the material they were given. Colin Farrell completely transforms as Penguin that mirrors the fictional mobsters like Scarface and The Godfather.

The person who truly steals the show has to go to Dano who goes to great lengths as Batman’s newest enemy The Riddler. He truly gets under the caped crusader’s skin after taunting him with his many notes that he leaves for him. Dano pulls off an amazing performance portraying a sadistic serial killer that invokes the modern day criminal mastermind. It’s a version of a classic villain that no one has seen before, but it works in a film like The Batman. 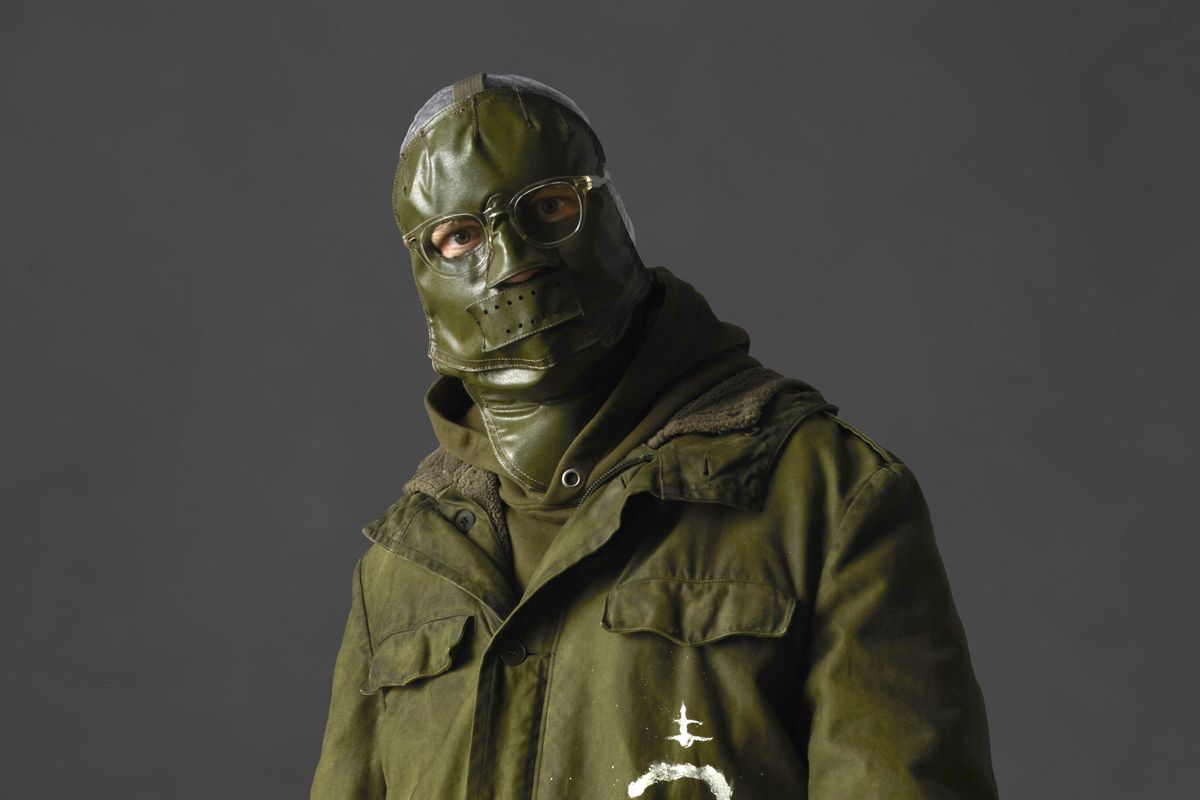 We also have to praise Greig Fraser’s cinematography and Michael Giacchino’s musical score. The shots of Gotham are incredibly stunning as we get the silhouettes of the skyline and the rain makes the city gritty in tone. The action set pieces also make for some entertaining scenes, especially the car chase between Batman and Penguin. It’s because of these shots that make Gotham City come alive and become a character in this story. The music also gets praise thanks to the usage of “Ave Maria” and even Nirvana to give Batman that grungy flavor. Giacchino does well in giving the film a unique identity thanks to his amazing choice in music.

Overall, The Batman is perhaps one of the best modern superhero films we’ve had in a while. It’s one of the better iterations of the Batman since Nolan’s The Dark Knight. Reeves delivers a mesmerizing take on the iconic DC hero without making him a straightforward story about the superhero and more on its characters and setting. Despite its longer run time, there are aspects of the movie that make this close to a cinematic masterpiece that delivers on Reeves’ vision of Batman thanks to the intensity that Pattinson delivers on screen. It’s a retelling of a familiar tale, but it adds something new and fresh that laments itself into the legacy of DC’s most popular character.