RWBY Volume 6 Chapter 8 is a great mix of comedy and drama despite the fact that it starts off with Team RWBY and crew in prison. Qrow keeps his sarcastic and joking demeanor despite being locked up, the Grimm Reaper comically and casually says these people are her enemies despite the fact that she clearly cares at least somewhat for them. The guards are comically aloof. I felt this was nice change of pace from the constant tension of the last few episodes.

We also get a great bonding moment between Reaper and Ruby as Reaper teaches her how to increase her power and tells her the importance of her eyes. Finding good in bad situations was a major theme in this episode I felt. Despite the revelation of Ozpin and Salem being lovers, Salem possibly being justified in her want to bring destruction and being imprisoned they still find the time to learn, joke around and strengthen their bond.

This episode really reiterated that there’s almost always a silver lining, another joke to be made, another important lesson to be learned, another to teach and much more. If there isn’t a clear silver lining to be seen then we can draw one ourselves and if there isn’t any relief to be found, we can rely on the strength of our bonds to be our relief even if the person isn’t physically there.

The bad and stressful situations in our lives can make this silver lining all the more clear and give us perspective. Whether it be that things might not be as bad as we think, or that they are but we can overcome them, the bad parts of our lives shouldn’t be dismissed or hidden but instead learned from. Like how Reaper learned to thrive despite the loss of her eyes, like how Yang learned to live again despite her PTSD and Qrow learned how to be a better leader despite his struggles. You can grow but the question, will you let the pain help you grow? 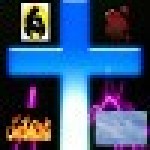 Christian Fontenot is All Ages of Geek’s Newsletter manager and Content Curator for All Ages Of Geek. He has been heavily involved with leading troubled youth in church and church leadership in general and is an advocate for the disabled communities.