The highly anticipated Ghostbusters: Afterlife invaded New York Comic Con this year with a panel featuring the cast and crew, but that’s not all that was in store for attendees. Director Jason Reitman surprised fans with a special screening of the upcoming film, rewarding the audience for waiting so long for the film to come out and offering a chance to see the film. The panel featured the director alongside his father Ivan Reitman as well as cast members Carrie Coon, Finn Wolfhard, McKenna Grace, Logan Kim, and Celeste O’Connor.

During the panel, Reitman shared his love of cinema and expressed that he always wanted the audience to see his film on the biggest screen. “We wanted to make a movie to be enjoyed with a huge audience with popcorn on a big screen, with incredible sound, where you’re experiencing it the way you experienced the movie in ’84,” Reitman said. Fans were in for a shock when instead of getting clips from the new Ghostbusters film, the director had something else in store for them. “It’s been a while since we started making this film and you all are the most patient fans on Earth. And, frankly, my father and I think you’ve waited long enough,” Reitman said as the crowd roared that they were actually going to see the entire film.

Both Jason and Ivan discussed their time together working on the film, with the director complimenting on his father for being able to bring something like Ghostbusters to life. “If we’re gonna be sincere, look the whole reason we’re here tonight is because of the man that’s sitting to my left,” Jason said of his father. Ivan expressed his gratitude for his son for taking on the project, saying he was “very brave” in doing so. “I want to thank you all for hanging in for 40 years,” Ivan Reitman told fans. 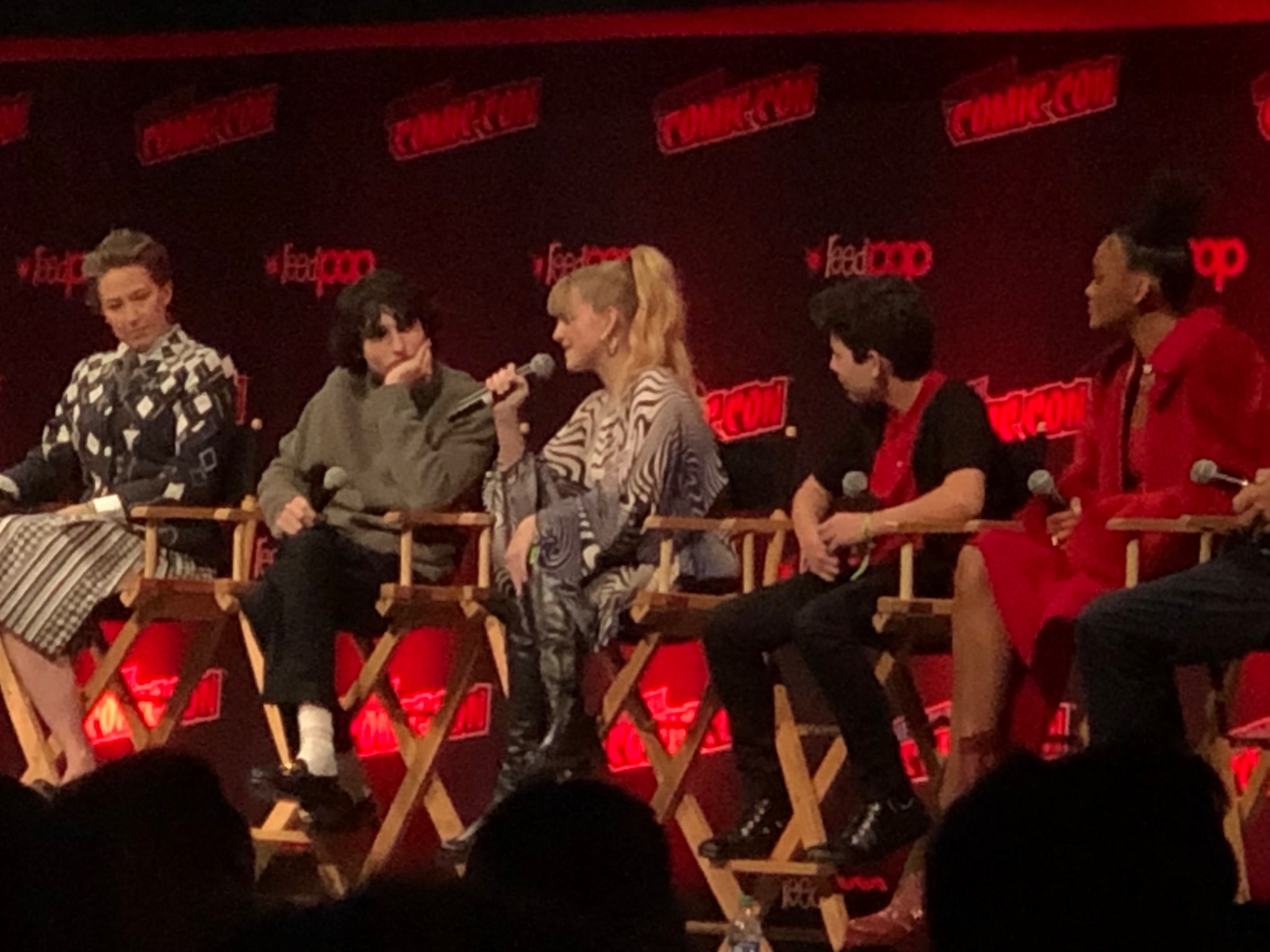 When the cast first auditioned, none of them realized it was for the new Ghostbusters film. Celeste said, “When I found it was Ghostbusters, I was like ‘Oh, my God,’ I would have put more work into that tape.” Talking about her role, McKenna offered some insight on what her character is and her connection to the original Ghostbusters. She has her brother and her mom, but she’s different from them, you know? And she goes to this farmhouse and she kind of is finding out who her family was and connecting to her grandfather, who she never knew.”

Wolfhard expressed how much of a privilege it was being in the film. “For me, the most amazing part about being a part of this franchise is the legacy behind it and feeling like you’re actually part of a family.”

Based on the reaction from the audience, it seems like everyone is loving what they have seen. Don’t expect any spoilers since the film won’t be released till next month. If you want to check out Ghostbusters: Afterlife, you’ll have to wait till it releases in theaters on November 19.