Junjou Romantica the Good and the Bad | Yaoi Review

Junjou Romantica is a popular Yaoi anime and manga series that follows the romantic relationships between three different couples. The series has gained a dedicated following for its unique and emotional story-lines, as well as its slightly okay representation of the LGBTQA+ community. At one point it was the only Yaoi series out there that actually showed relationships and had a plot.

Even though it’s an iconic series, it’s important to note that the series also has its fair share of issues and problematic elements. After doing some research on the Junjou Romantica fanbase the pros and cons of the series remain the same.

Before you start the review though, check out “I Married a Monster on a Hill” a Yaoi being produced by All Ages of Geek! More info below!

One of the main strengths of Junjou Romantica is its representation of the LGBTQA+ community during the time when the anime industry didn’t animate any Yaoi series at all. It was the first main Yaoi made into an actual plot-based series and made many people so happy. Most Yaoi were depicted in terrible, cheesy skits in anime that were there for women fanbases to make Tumblr fanart over. This was the first to actual focus on gay couples that didn’t have to be a non-canon ship.

The series features characters who are not limited by stereotypes and societal norms. Misaki goes to college, he has struggles and he has interests outside of his relationship. He also has friends and other platonic relationships with cast members. He has straight friends, he has a brother, he has family time and life, he has women friends. He studies, gets angry over his own mistakes. He’s not just an uke who lives for his seme. The relationships between the characters are portrayed as genuine and heartfelt, and the series explores themes such as acceptance, self-discovery, and love in a realistic and relatable way.

A rarity in Yaoi is also finding female characters. While Yaoi is marketed mainly to a female and gay demographic, it’s still good to see that women exist in Junjou Romantica. Most Yaoi hardly feature women, or feature them in a way where they are competition for the uke to get his seme. It’s overly cliche so Junjou Romantica sets a much more realistic setting.

Furthermore, it’s the perfect starter Yaoi for new fans because it’s not overly explicit, the series focuses more on the emotional and psychological aspects of the relationships, making it more relatable and suitable for new fans who may not be ready for explicit content.

However, the series also has its fair share of problematic elements. One of the main issues a few people have had with the series is the age gap between some of the characters. The series features a relationship where one partner is significantly older than the other, which can be uncomfortable and can reinforce the idea that this is the only relationships Yaoi couples can have. Which is not true at all. What’s good is many fans call this out. That and how the characters are “of age” so it’s not a disgusting situation. But this may make some people uncomfortable with especially one of the couples of the series and how they are treated.

One fan of the show said he hated the way Misaki and Usagi-san got together since it felt forced and glorified a form of abuse. Then the next scene over the two are having a regular conversation together like nothing happened. It just felt wrong. Their relationship does get better as the story progresses, but their start was super uncomfortable.

Another problem with the series is its portrayal of sex. While the series does not shy away from depicting sexual content, the depiction is often overly romanticized and glamorized. Some have said early Yaoi anime (especially series) are written like soap operas which is fine. But when taken as an example to represent real relationships, this can be problematic for viewers who want a much more realistic approach to the growth between the couples. Along with this issue is how some characters act as if being with a man is taboo or do a cliche line of “but he’s a man”. While some characters do discover who they are attracted to, some of them make it too fictional that it just feels forced.

Overall, Junjou Romantica is a good representation of the LGBTQA+ community in terms of its representation of well-developed characters, heartfelt relationships and relatable, slice-of-life themes. It’s honestly a better option than some other Yaoi that just are really, really written in a woman’s fantasy POV. However, it also has its fair share of problems and problematic elements.

Here is a list of pros and cons of the series:

For new Yaoi fans looking for a wholesome and heartfelt story that explores the complexities of love and relationships, “I Married a Monster on a Hill” is a great alternative to Junjou Romantica. The story follows Bevvy and August Hills as they navigate life together in their forest home, and it’s a must-watch for fans of Yaoi. The subreddit https://www.reddit.com/r/hillsandmonster/ is a great place to stay updated on the game’s release and Kickstarter campaign, and for more information on the game’s development and release. 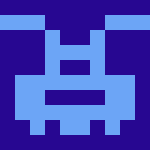 Junjou Romantica Review The Good and The Bad - Gamers anime