Amazon Prime has had success in the superhero genre in TV shows with The Boys, and now they are looking to repeat that success with an adaptation of the comic book series Invincible. Coming from the mind of The Walking Dead creator Robert Kirkman, the animated series follows the formula that you would expect from similar series about superheroes, but it has much more depth and adds a few things that may tackle subjects not found in similar material.

Based on the comic book, Invincible follows teenager Mark Grayson, whose father is known to the world as Omni Man and he just happens to be the most powerful superhero on the planet. Being the son of a superhero isn’t easy for Mark as he believes that there are expectations from him to follow in his footsteps. Once his powers kick in, Mark feels all the pressure on him even if he has the same powers as his father. Even if Mark feels all the power in him and being invincible, he learns that being a hero takes hard work and can be a burden at times. Despite being a superhero show, Invincible feels very grounded and human in some aspects. Heroes are highly respected in this version of Earth, where everyone wants to become one and it takes a lot in a person when they take the responsibilities as one. These idols may have superhuman abilities, but they also happen to have flaws that make them human like us. What makes the show work is how it shows the vulnerability of these heroes. We get to see them take in punches and getting hurt. It adds some grit into the series and packs on some powerful emotions with these characters. Mark goes through a lot dealing with these powerful gifts he has been born with as well as problems being a teen in this modern age. Once he takes on the job of being a superhero, he has to learn to live up to being a superhero just like his father.

The series brings in some amazing talent to tell this gripping story that is relatable, engaging, and entertaining. Steven Yuen voices the enigmatic Mark Grayson, who brings a perfect mix of being an awkward teen and being self-centered at times. Omni Man/Nolan Grayson is voiced by Academy Award winner J.K. Simmons, who showcases his powerful and commanding voice as a father of Mark giving him advice and wisdom but he also holds some uncertainty about how his son holds up. Sandra Oh takes on the role of the family matriarch Debbie Grayson, who also shares some words with Mark as she tries to keep her family grounded. The series boasts other great actors, most of whom were on The Walking Dead as well as some of the best voice actors in the business. 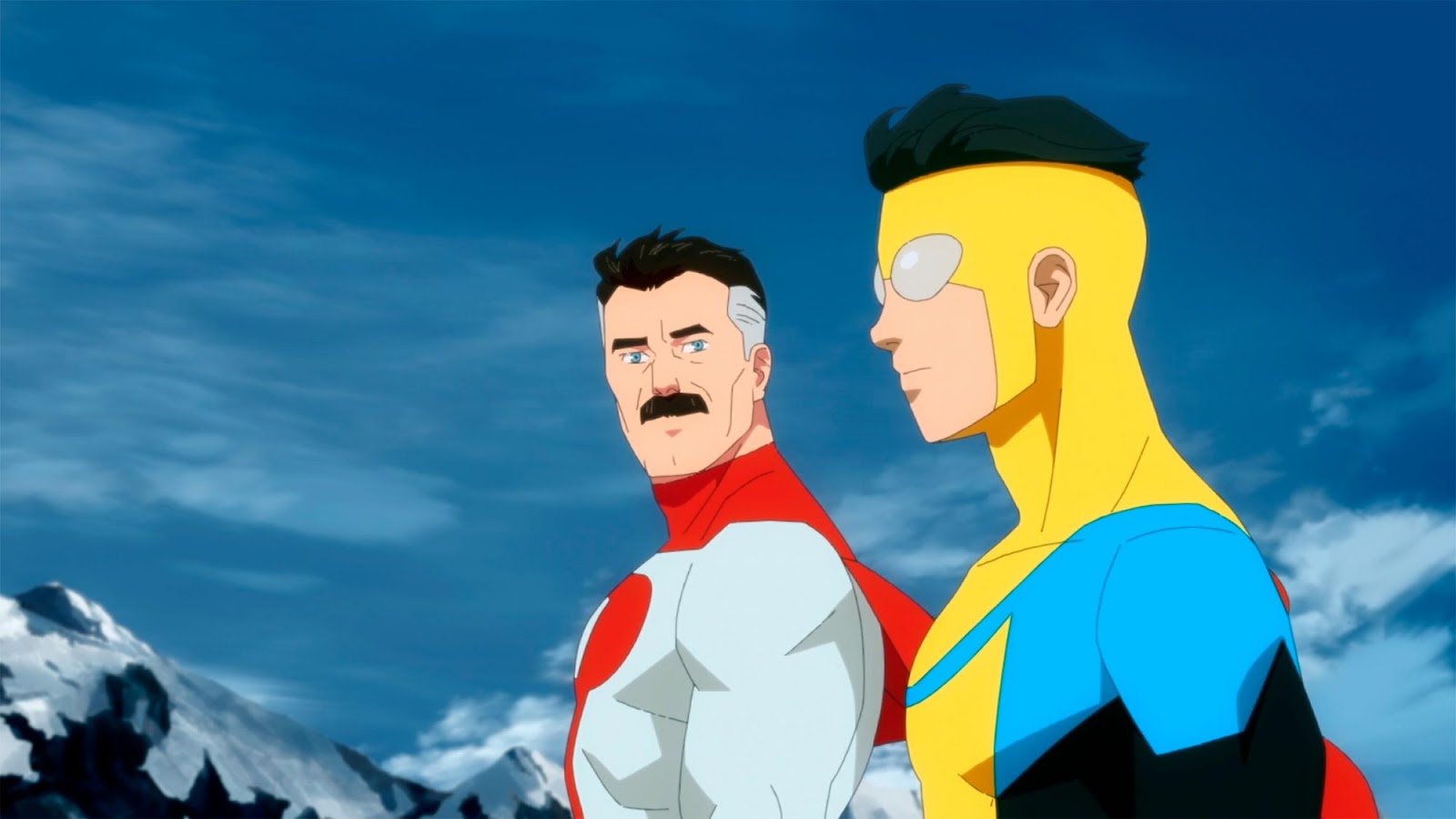 The artwork of the series does take some inspiration from most of the DC Animated shows that fans may be familiar with. It does bring on some brightness and positivity that most superhero programs and films usually move away from as they focus on the dark aspects of the genre. The visuals really help create some emotional and dramatic overtones when the show goes into some dark places. Even though the animation feels like this could be a kids program, we assure you that its a mature show that takes on more grown-up themes, plus with the gore and violence involved.

Invincible brings in a unique take on the superhero genre by telling a very human story that all of us can relate to. It is an origin story for Mark as he turns from being a simple teenager into a superhero in his own right. Fair warning, it does go violent and some of what you see might make some feel squeamish, but it’s a show that doesn’t shy away from the realities of a superhero in the real world. The first episode does seem to take its time to set up our characters, but it’s 2 and 3 that do all the heavy lifting and put the show into high gear. From then on, that’s where the show can go to any number of paths, making us curious to see where it takes us. 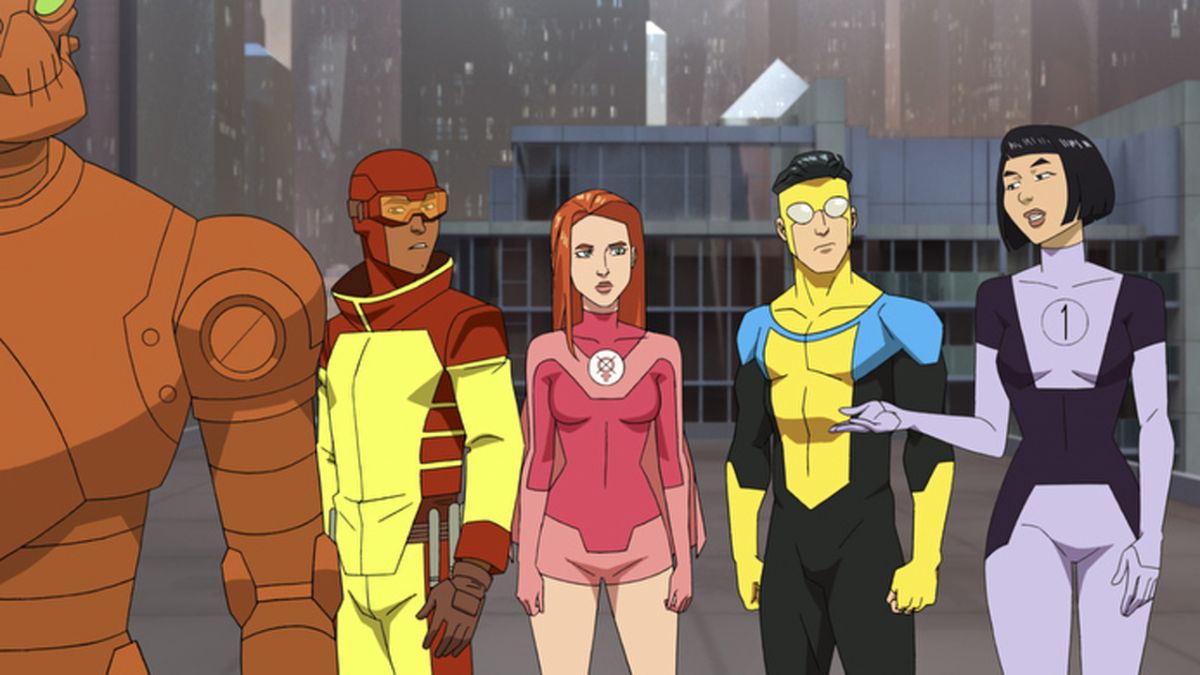 Invincible will air on Amazon Prime Friday, March 26 with the first three episodes and then drop a new episode every week.