Netflix’s original series Wu Assassins has given the platform a very stylized action series with amazing fight choreography mixed in with some supernatural elements. After its successful first season, Netflix greenlit a follow-up film called Fistful of Vengeance, a new chapter from the series that follows our main characters on a brand new adventure that takes them outside of San Francisco to the beautiful locales of Thailand. Directed by series director Roel Reine, the returning cast includes Iko Uwais, Lewis Tan, and Lawrence Kao as Kai, Lu Xin, and Tommy respectively. Filled with top-notch martial arts on display on the small screen, Fistful of Vengeance is sure to be a good time for those who are fans of the genre as well as its stars.

For those who aren’t familiar with the series won’t be left behind since this is more of a standalone story that takes place in that universe. Fistful of Vengeance does fill in some gaps to explain what has happened in the series that led up to the events of the main story in the movie. Our main hero is Kai, a talented cook who is chosen to be the Wu Assassin, a warrior who fights by harnessing the skills of a thousand monks to save humanity from supernatural threats. In the film, Kai and his friends Lu Xin and Tommy go on a journey that takes them from San Francisco’s Chinatown to Thailand to avenge the death of a loved one. 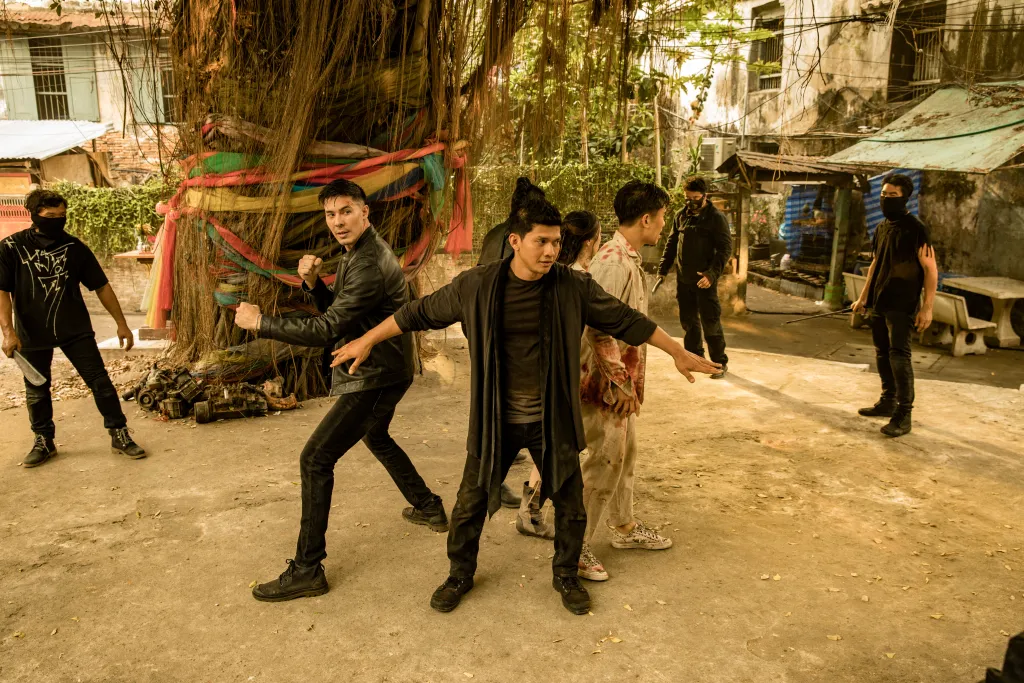 Taking place some time after the finale of Wu Assassins, the group find themselves in the middle of a war with an ancient being hellbent on taking over the world while taking down some familiar foes. The movie mixes action with adventure as it builds on the storytelling from the original series that doesn’t feel overstuffed with exposition. Fistful of Vengeance puts a lot of emphasis on the action sequences and its main characters without much explanation on what’s happening in between scenes. The film does a good job improving upon what Wu Assassins has shown by taking it a step further with a story that brings in newcomers as well as fans of the original series.

Expect the action to be very bloody and violent, which we get more in the movie than on the show. The film does a great job blending the grounded action scenes with elements of fantasy running in the background. There are also some shocking moments that really help make the story more interesting for its audience. Both Uwais and Tan pull off their own amazing fight choreography, showcasing how incredibly skilled these two actors are as martial artists. Even Kao holds up his own with some stylish knife fights that he gets to put on screen, something that we haven’t seen him do in the series. The action scenes are edited so beautifully to give us a better angle of how well these actors can fight. 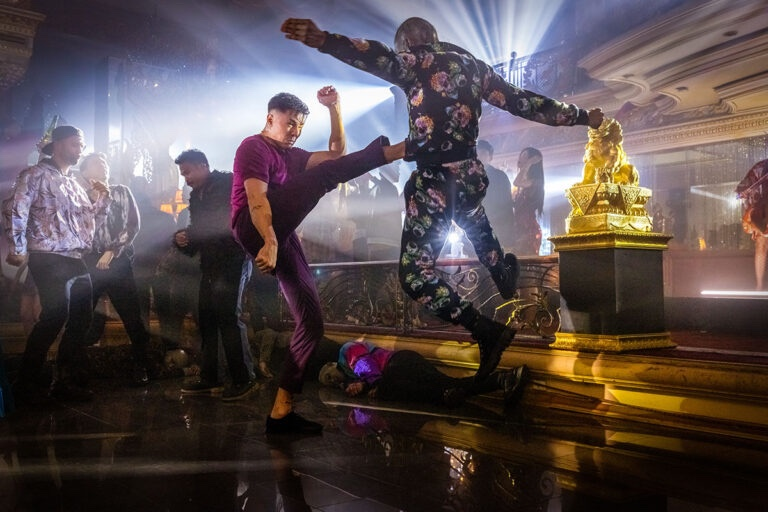 Each of the cast gets to shine individually on screen and make some interesting dynamics. We get to see our three male leads bonding and bickering like brothers, which makes some great chemistry with them. We also get some more background info on characters like Lu Xin and Tommy that we never got in the series. The interaction between them is entertaining to watch. With additions Pearl Thusi, Francesca Corney, and Rhatha Phongam, they put on a whole lot of charisma with their characters and give some female power into the mix.

The story does tend to be a little messy at times due to pacing. There doesn’t seem to be any time to catch on what’s happening as the film doesn’t take too much time in explaining certain motivations and relationships, leaving some holes to fill during its two-hour runtime. It throws so much at the viewer that sometimes it’ll be hard to keep up what’s happening in the story. After the incredible opening sequence, the pacing is a little slow due to exposition that explains the events of the original series. There’s also some sex scenes that really get steamy, which is something that was never predominant in the show but seem out of place along with some song choices that don’t fit also. The villains are also very bland, not unlike the ones from Wu Assassins. Even the way the film looks is very different from the series, as if some filter has been put over a lens and can be somewhat distracting. Fistful of Vengeance is a great addition to Wu Assassins that works as a follow-up and a standalone film. It should satisfy hardcore action film buffs thanks to some incredible fight choreography that showcases the talents of international stars Uwais and Tan. Mixing in some old school kung fu with the supernatural, the fights continue to upstage one another in every frame. Even if the story feels uneven, the draw that will pull audiences in is the incredible fighting on display here.

Fistful of Vengeance is available to stream on Netflix February 17.