Directed by Mike Flanagan, and starring Ewan McGregor, Rebecca Ferguson, and Kyleigh Curran, Doctor Sleep is the newest Stephen King film adaptation and the third theatrically released Stephen King film of 2019. This is the sequel to The Shining, but it uses elements from both the original source material and the iconic 1980 film directed by Stanley Kubrick which is considered by many to be a masterpiece in the horror genre.

The story follows an adult Danny Torrance (Ewan McGregor) several years after the trauma, he experienced In the Overlook Hotel. Trying to live a somewhat normal life until he is contacted by another person with the shine, a young girl named Abra (Kyleigh Curran) who has reached out to Danny to stop a supernatural cult of lead by a woman named Rosie (Rebecca Ferguson) from harnessing their powers and very life essence to become immortal.

For a two and a half-hour movie I was invested from start to finish the pacing was perfect not one moment did I feel bored watching this, the slow first act establishes how Danny’s mental state is affected in his adult years and this slower-paced feel gives him more character development and the audience is given a chance to know Danny all over again in a new light, Ewan McGregor portrays Danny’s personality perfectly from the first movie of being very anxious and quiet making for a very intriguing character study for the opening act, Kyleigh Curran gives the best child performance this year and has proven that despite her age she has a commanding screen presence and has a bright career ahead of her, but it is Rebecca Ferguson as Rosie that steals the show with her sadistic and menacing performance making her a formidable and powerful antagonist. All three of these well written and developed characters get equal focus and screen time allowing the audience their motivations and personalities.

The film has some incredible set pieces especially when it comes to recreating the Overlook Hotel which looks like a near-perfect replica of Kubrick’s vision, Mike Flanagan also uses very similar camera work techniques of Kubrick’s to masterfully recreate iconic moments from the shining in a new and interesting way and at the same time he uses his own style with a much darker color palette for the hotel walls giving it a more creepier mysterious vibe compared to the bright colors of the original film.

There are also very clever uses of flashbacks of the original film during the third act which are used perfectly and are not just used as fan service, if you are a fan of The Shining these moments will definitely satisfy you as they did me.

The cinematography by Michael Fimognari is excellent using lighting and camera work in a well-placed manner to give the film an unnerving sense of dread and fear with its disturbing imagery and intense moments. The score composed by The Newton Brothers is very atmospheric making every single moment feel tense and unnerving, there is also a clever use of the Shining theme being incorporated into the opening moments of the film.

As for negatives there were a couple of moments that I found to be unneeded mainly in the first act when the film keeps jumping from location to location showing us all these characters that we don’t get to really know or care about which affects parts of the pacing in the first act but that is more of a minor gripe I have with the film, and the third act has a situation that feels a bit rushed and gets resolved too quick for my liking.

Doctor Sleep is a great continuation of what Kubrick created but it is also a great sequel to King’s original novel and even could be considered a good stand-alone film of its own whether you have read the book or watched the movie of The Shining I highly recommended this film to any fan of Stephen King’s work. 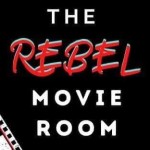