Black Panther: Wakanda Forever has many layers as a film. At the heart, the movie is about grief in more ways than one. With the passing of the franchise’s leading man Chadwick Boseman, it makes sense for the story to also touch on his death by also having his character T’Challa no longer alive. The film has a lot of ground to cover as it touches on the death of the Wakandan King, which touches all these characters’ lives and how they each deal with his sudden passing. Black Panther: Wakanda Forever is also a movie with the debate of faith versus science as well as following tradition or letting modern technology take over. There are a lot of lingering questions at the surface of this film. At the end of the day, the story honors those who we lost but never forget as we strive to move forward and live to see another day.

Taking place not long after the events of Endgame, we see how much of Wakanda has suffered at the hands of Erik Killmonger (Michael B. Jordan) after destroying a whole garden filled with the heart-shaped herb – a powerful flower that bestows superhuman abilities to the one who becomes Wakanda’s protector known as the Black Panther. After the end of the first film, T’Challa reveals Wakanda’s true power to the entire world. This causes a whole new set of problems for the fictional African nation with many countries seeking an alliance with them to gain their most valuable resource known as vibranium. 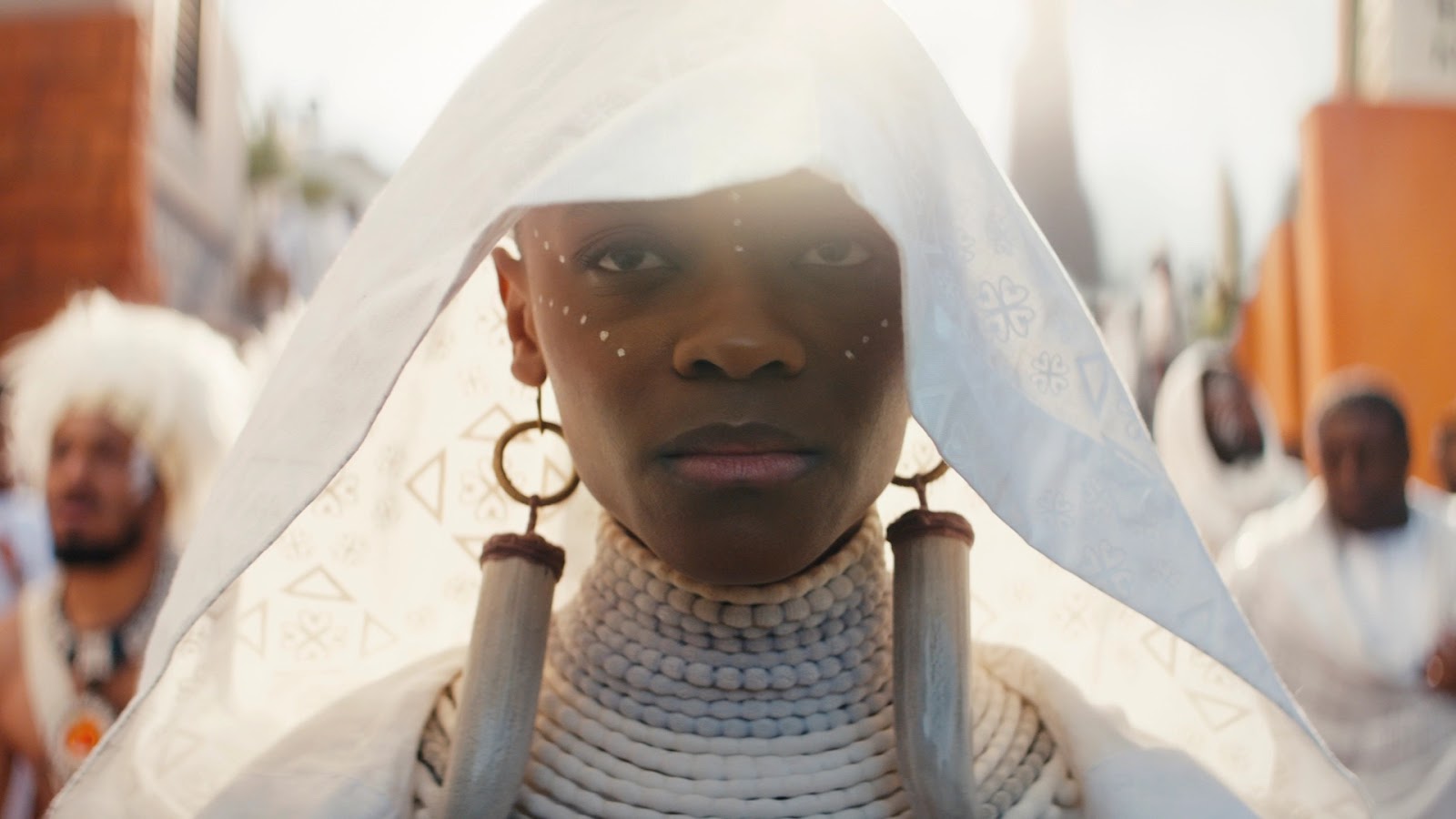 The film picks up a year after the death of T’Challa as his friends and family continue to mourn for him. We see Queen Ramonda (Angela Bassett) taking charge to protect her nation from outside forces looking to claim its rare resources for their respective countries. We also find Prince Shuri (Letitia Wright) working in her lab as she shields her emotions from the grave loss of her brother. With Wakanda’s secret out in the open, many threats are coming for them, which include a mythical tribe who lives in the sea led by their leader Namor (Tenoch Huerta), a mutant immortal being who is worshiped as a god to his people.

With Wakanda exposing the secret to their highly advanced technology to the entire world, it also leads to the discovery of the underwater kingdom of Tolakan, which also happens to carry vibranium on its ocean floors. It is Namor’s worst fear, which causes him to take action and attempt to start a war with the surface world. He offers Wakanda a proposition to align themselves against the world. Still, if Ramonda and her people decide not to join forces, then Namor will consider Wakanda as an enemy as well. What it all leads to is an all-out battle between two very different yet similar civilizations as Wakanda tries to protect what’s left of their home without causing any more repercussions on the world. 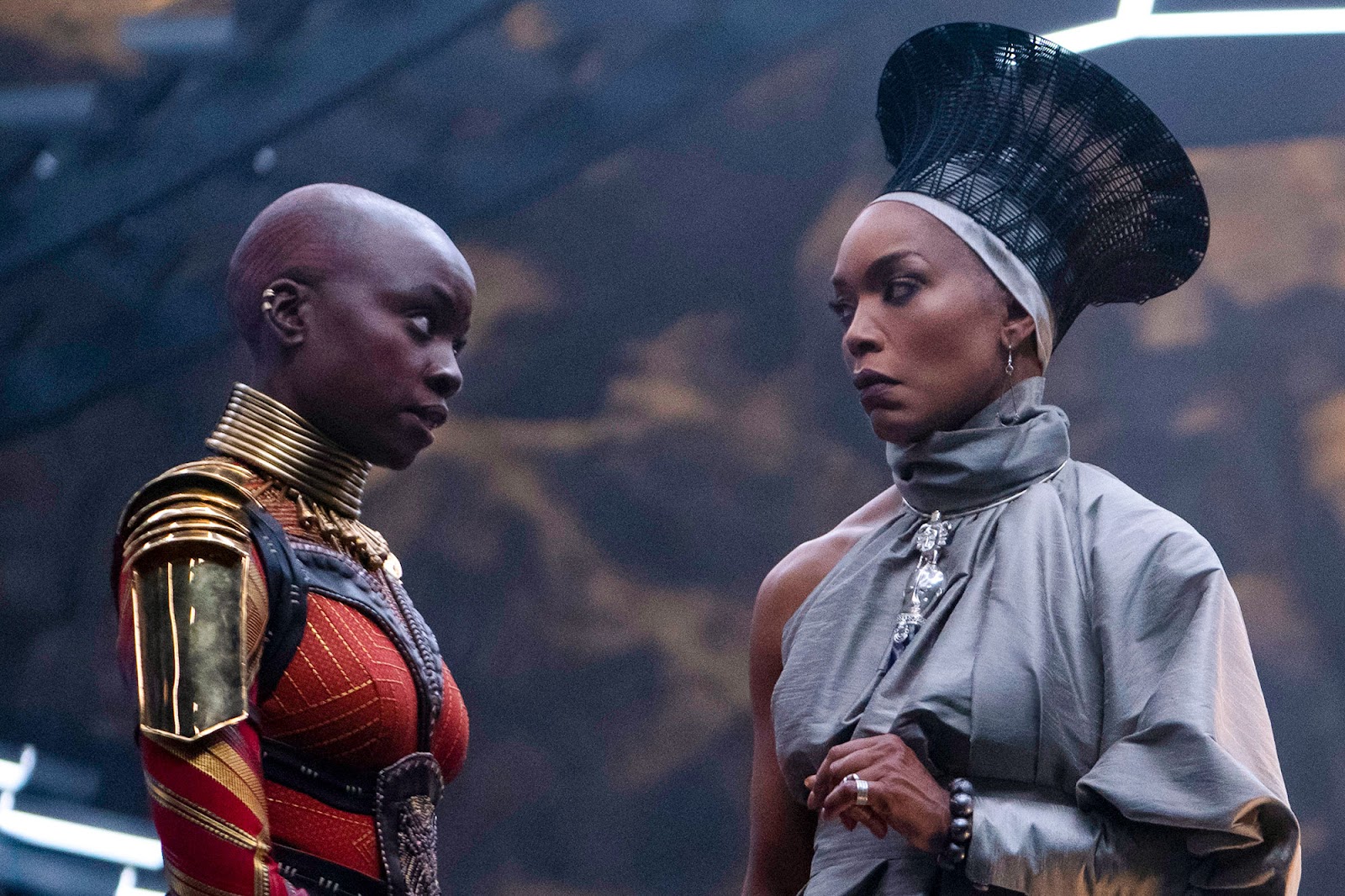 What Black Panther: Wakanda Forever has crafted is a well-defined story on loss, which is very fitting with Boseman’s passing being reflective of T’Challa’s death as the crux of the story. It creates a much darker film with everything at stake for the Wakandans. What director Ryan Coogler does so well is focusing on what grief can do to a person, which is bringing out the worse parts of them if they let it grow inside them. We see the similarities between Shuri and Namor as they both have faced losses and how dangerous their grief has changed them if left unchecked. It also tends to compare two cultures, Wakandan and Tolakan. Both of them choose to isolate themselves from the world out of fear of being taken over by colonialism. Both tribes look up to their leaders as gods, who both lend to their superhuman powers, which raises the emotional stakes for them in their conflict with each other.

With the absence of Boseman, the rest of the cast is given a lot more characterization to carry the film. Bassett and Wright give perhaps their best performances to date. Bassett gives off a strong presence as a mother who is grieving but also doing her duties to her people as a queen. Wright is also struggling through her grief, but she finds solace in her allies like Danai Gurira’s Okoye and Lupita Nyong’o’s Nakia, who become more like older-sister figures to Shuri offering advice and consolation. Shuri also forms a bond with MIT prodigy Riri Williams (Dominique Thorne), who also shares her passion for technological advancement and making a name for herself in a world that doesn’t let their talents shine. M’Baku (Winston Duke) provides some lightheartedness in some dark moments, but he does get to share some scenes with Shuri and looks out for her like a big brother does. 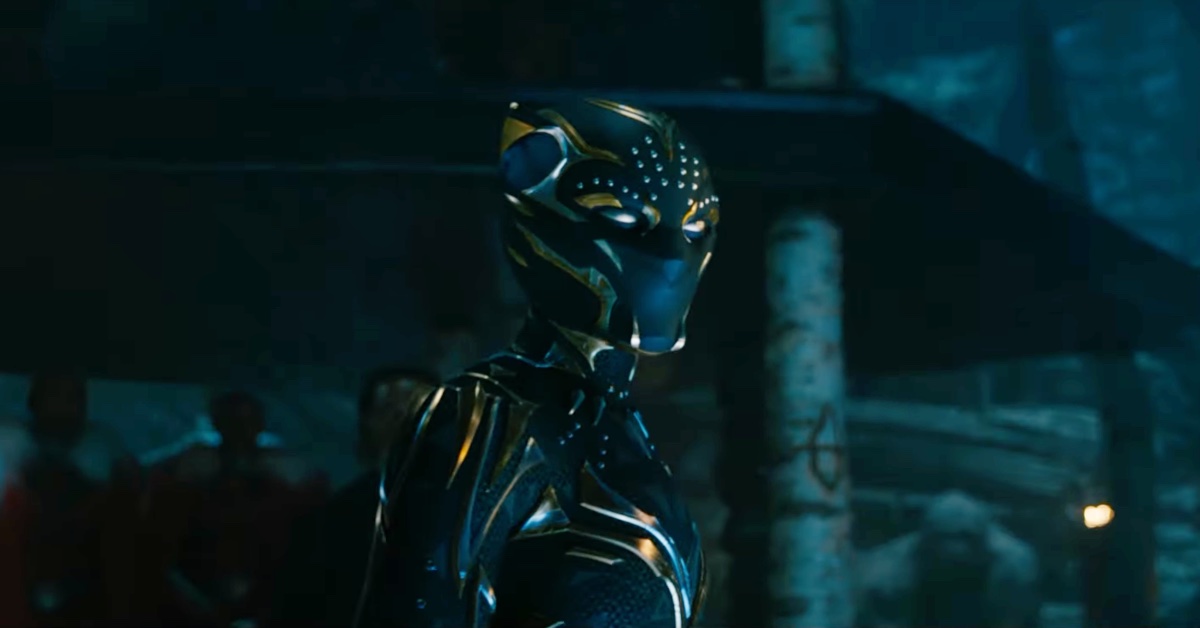 Wright has positioned herself as the heart of the film after being a supporting character in the first film. She showcases some strong emotions that can be reflected in her performance. She has a tough task of becoming a lead since audiences are used to seeing her be the secondary character, but Wright makes that transition with ease. Her scenes with the cast also help bring out some incredible performances by the actress. It truly shows just how far she has come from her first MCU appearance.

We also have some new players in the mix, including Huerta as the charismatic and vengeful Namor. The film gives us enough of a back story to learn about where Namor comes from and how much his people mean to him. We see just how cold he can be when it comes to protecting Tolakan. He is an engaging antagonist who can put some heavy damage with his speed and agility both on air and in the sea. Huerta comes at his best with his intense dialogues with Shuri, as they share their similarities as members of a royal monarchy in their respective kingdoms. 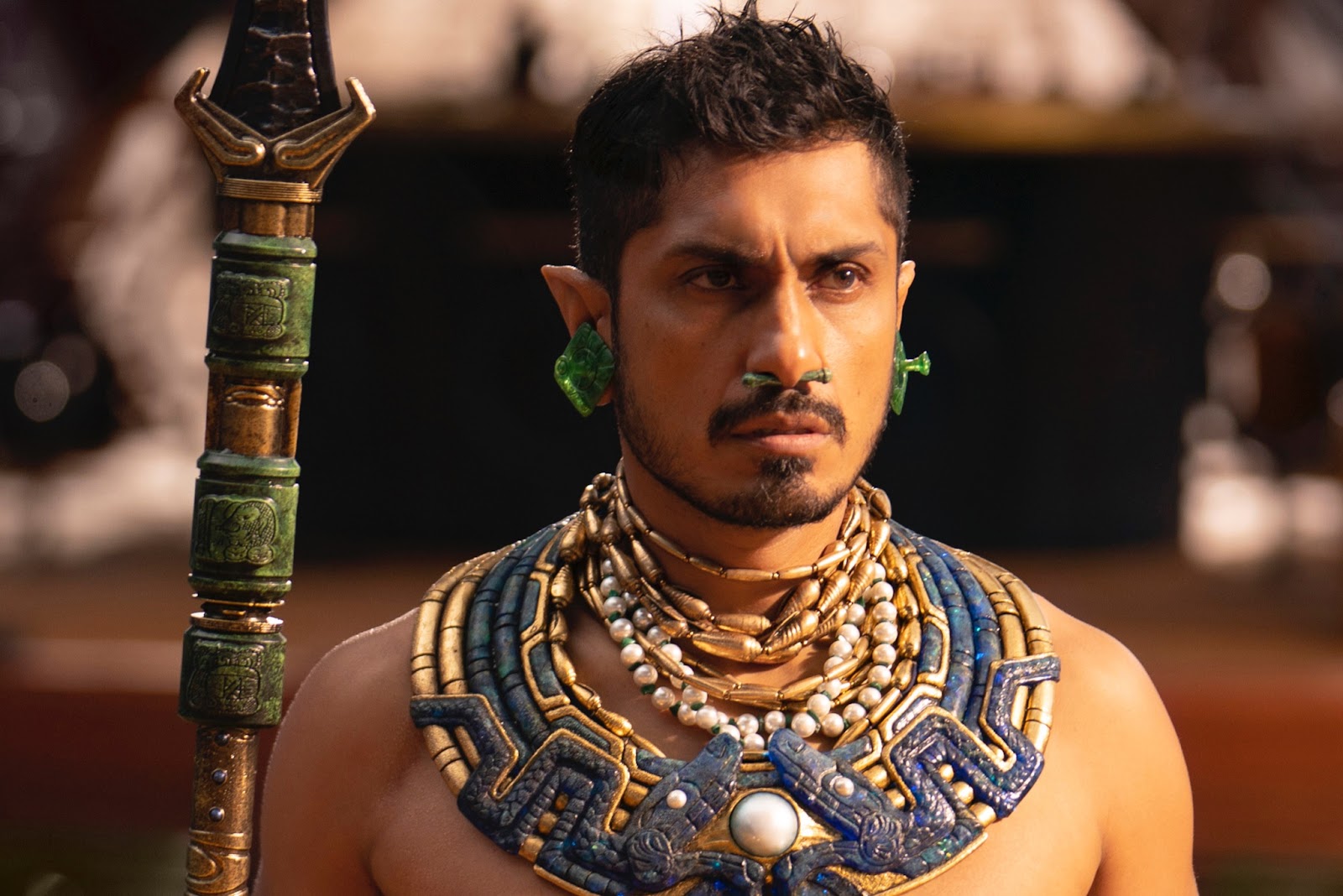 The action scenes have vastly improved since the first film. It seems like the set pieces have become more seamless with each sequence. We don’t get to see a ton of action take place during the first half of the film, but once it starts, the choreography is crafted well. Especially when it comes to using water, the slow-motion effects make the scenes pop to show just how powerful the Tolakans can be when they destroy a city. Even the cinematography is well done when we see the underwater kingdom. It’s like an entire civilization has come to life, making us want to see more of Namor’s world.

We also can’t forget the amazing soundtrack from composer Ludwig Goransson, who also worked on the first film. Utilizing artists like Rihanna, Tems, and Future has given the film its emotional core. Some of the tracks also help showcase the culture and beauty of the Tolakans, capturing that same essence of what sounds Wakanda would have. The music also draws back from the original film, giving audiences the to reconnect with Chadwick’s performance.

Black Panther: Wakanda Forever pushes forward despite the loss of Bosman and his character, making it the heart of the story. Coogler has taken the daunting task of making beauty out of grief, which shows through each of these characters and reminds us that death isn’t the end of someone’s legacy. The addition of Namor and the Tolakans greatly expands the world that the film is creating, giving us more stories to invest in. The uneven plot and longer runtime don’t drag what makes Wakanda Forever a fascinating addition to the MCU. It is a great end to Phase Four as it leaves open what comes next for the franchise moving forward.