Our galaxy isn’t alone in dealing with racial tensions. I just finished reading Showdown At Centerpoint, the third and final novel of the Corellian Trilogy. I was surprised by how human supremacy, xenophobia, and race riots are seemingly so intertwined with the trilogy’s overarching plot. It reminded me a lot of the recent social unrest in our world. Now, more than ever, is the time to talk about the ethnocentrism in a galaxy that, sadly, doesn’t feel so far, far away at all.

The Corellian Trilogy takes place 14 years after the events of Return of the Jedi. In those 14 years, Corellia’s economy tanks. Corellian humans, who make up roughly 60% of the sentient population, became more politically isolationist and anti-alien. Such sentiments don’t bode well economically without an Empire to build warships for. Those bitter feelings towards aliens only worsened when the New Republic appointed a Frozian named Micamberlecto as the Governor-General of Corellia.

The situation on Corellia provided an excellent opportunity for a human supremacist group to garner support from increasingly-sympathetic human ears. Thus, the Human League rose to the occasion, led by a man who looked so similar to Han Solo that Jabba the Hutt’s bounty hunters might have easily gone after the wrong man had they seen him prior to Empire Strikes Back.

The first book begins shortly before Leia travels to Corellia for a trade summit designed to reduce Corellia’s economic hardships. Since Corellia is Han’s homeworld, Leia decides to bring her husband and their three kids: Jacen, Jaina, and Anakin, along, so that the trip could double as a family vacation. But not even Han Solo knew anything about the events that would soon unfold on his homeworld, least of all the involvement of his own flesh and blood – his cousin: Thrackan Sal-Solo.

Thrackan’s Ace In The Hole

Things escalate very quickly after Mara Jade arrives at the Corona House with an encoded message. Thrackan uses a pseudonym for his message to Chief of State Leia Organa Solo. He promises to trigger supernovas and kill all life in a list of nearby star systems if his future demands are not met. The message contains each star’s coordinates and the date when the said star is set to explode. The first star on the list went nova after the message was supposed to be given to Luke Skywalker. The threat is credible because the first star that went nova was the first one on the list, and it blew up when the message said it would.

Later that day, the Human League initiates violent riots all over Coronet City, Corellia’s capital. They even set the Selonian Enclave on fire, sending a clear, appalling message – potentially starting a devastating race war between the two species.

Attacks on non-humans erupt not just “‘in Coronet [City], but all over the planet’” (Allen, 284). The “torchlight parade” of violence sweeps across to “‘other [inhabited] planets [in the Corellian system], too’” (284). The Overden ignites the riots on Selonia, and by the Drallists on Drall. Soon, everybody is attacking everyone: “‘Drall attacking Selonians, both attacking humans, and humans attacking… everywhere.’” (284). The chaos on Coronet continued for hours until suddenly all of the holo and flat view screens on the planet, which had shown nothing but static since the fighting began, changed to display a live stream of Thrackan Sal-Solo.

Speaking to everyone on Corellia, Thrackan declares himself ruler of the sector since he legitimately would have been the next-in-line Diktat under Imperial law. Following his self-coronation, he condemns the New Republic and its “‘oppressive all-species policy’” (295). Thrackan promises that “‘[f]rom this time forward, [Corellia] shall be independent, with no Republican master in power over [them]’” (295). After declaring Corellia’s “liberation” (secession) from the New Republic, he reveals that he has “‘the power to back up these pronouncements… [since] two weeks ago a supernova explosion occurred on the outskirts of the Corellian Sector. The de facto Governor-General of the New Republic government ha[d] recently been provided with convincing proof that it was the Human League who caused that explosion, and the Human League that stands ready to cause further stellar explosions if [their] just demands are not met’” (295).

Then comes the most shocking part of all:

“‘We hereby demand that the so-called New Republic commence immediate operations to deport all Drall and Selonians and other nonhumans off the planet of Corellia within thirty standard days. Otherwise, we will be forced to proceed with plans for our next stellar detonation. This is a day we have waited for these many years. It is now at hand. Now we can build toward freedom for all humanity in this sector, unfettered and unsullied by association with lesser races… The future is full of promise. And the future is ours. Thank you all, and good night’” (295-296). Thrackan’s message is clear: comply, or we will kill star systems starting with one hosting thousands of lives, then if you still don’t obey, we target ones with millions of lives, and then, if you’re too damn stubborn, billions will die when we blow up Corell, the Corellian system’s star.

The Corellian trilogy would be very controversial if it were released today. But these books all came out in 1995. While this is merely speculative, perhaps the racial component of the plot is reflective of the real-world events that took place in the few years leading up to when Roger MacBride Allen began writing. After all, these books came out only a few years after the Los Angeles race riots, the end of Apartheid, and only a few years after David Duke won the majority of the white vote in the 1991 Louisiana gubernatorial race (Duke lost since all votes are accounted for – thank God). I wouldn’t be surprised if real-world events influenced his writing since the author’s late father was both an author and a historian.

But regardless of whether real-world events influenced this trilogy, the bottom line is that it’s damn-good writing. The Corellian Trilogy tells an intricate story full of suspense. The author poured so much thought into it. And the plot goes well-beyond just the racial component. As important as speciesism is to the plot, I have only spoiled a small slice of the cake. A mere piece of the puzzle. There is a lot more going on in this trilogy than what I’ve revealed, and that is very intentional because it’s such a great series of books. No one should have the meat and potatoes of the story served to them prematurely. I would definitely recommend reading them – especially if you love all ages of Star Wars. You can purchase them as mass-market paperbacks here, ebooks here, or abridged audiobooks here. 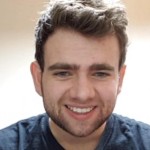