In STAR WARS there are no shortage of great Bounty Hunters. From the very begining, they have been a franchise staple, starting with that fatful duel between Han Solo asnd Greedo, exccpanded upon in Empire, and finally taking the spotlight with the Mandolorian. Of course that begs the question, which bounty hunter is the best at what they do?

This list will be based only on onscreen feats, i.e. the things that can never really be retconned. Sorry the Durge and Dengar, but your awesomeness will not be taken into account. Also, for the sake of simplicity, I will not count Assajj Ventress. Her skills with the force undoubtedly make her the most powerful Bounty Hunter. She wasn’t shown quite enough in that role and it would be a bit of a headache to decide if she would be in the top three or not since power and skill are two different things.
We shall start with the dishonorable mentions, Greedo is the single worst bounty hunter in the galaxy. He couldn’t shoot a man sitting three feet in front of him. Also terrible is Zam Wessel, a shapeshifter who was unable to do an assasination. Then the honorable mentions will be those who survived the Box and the rest of Boba Fett’s crew.

Without IG 11, Din Djarin would not have been able to overcome the odds and get the child. It has excellent aim and will explode with failure. IG-11 has delt with death. The first time was a backstab and the second was a self destruct. IG 11’s heroics at the end of The Mandalorian’s first season may have been done as a nurse droid rather than a proper bounty hunter, but they show proper skill that was undeniably used during this droid’s time as a hunter.
One could argue that this place goes for other IG Assain droids like IG-88. While featless in the movies and shows, IG88 was good enough to be invited by Vader to go get Han Solo.

Bossk is brute force personified as a bounty hunter. He is a killer and a hunter not a planner, but he is good at killing and hunting, as that is the trandosion way. He was competent throughout the clone wars. Bossk was also noteworthy enough to meet Lord Vader’s standards

Sugi is a good leader and a good fighter as well as a competent pilot. She mostly makes the list thanks to her distintion as a leader that even proven bounty hunters and Jedi respect. She did well against the pirate hordes of Hondo Onaka. Sugi is pretty consistently moral unlike most other Bounty hunters on this list.

Aurra Sing is a master sharp shooter and combatist and has no morals whatsoever. She could break armored guard’s necks with ease and could fight off jedi. She may have been higher had it not been for the fact that we have never seen her truly succeed at any bounty unless she is working with someone. Also, Count Dooku explicitly stated in the Clone Wars episode “the Box ” that there are at least two other bounty hunters greater than her in this era.

Fennec was a sharpshooter and a master bounty hunter. She was able to match Cad Bane in a fight. Shand beat the enhanced clone Wrecker with ease. She has however never been in a fight against a force weilder at the time of the writing of this list. Fennic lost a fight against Mando in the Mandalorian. That said, Fennic’s skill and determination are always present.

Stated to be the number 2 bounty hunter of the republic era, Embo’s hat and pet wolf allow him to be a versatile fighter. He has survived in fights against Savage Opress and Anakin Skywalker. He also survived the bounty hunter test the box. Hondo’s Pirate hordes did injure him in his first apperance. Other than that small set back, Embo has been shown to be incredibly competent.

Din Djarin is the protagonist of the Mandalorian. Mando is incredibly competent throughout the show. He has never failed in a bounty hunting mission on screen. Din has been able to beat numerous people in duels incluing Moff Gidien and Fennic. He has managed to kill a Krait Dragon and survive Ahsoka Tano, a mudhorn and a dark trooper. He has done a number of other impressive feats taken straight from westerns and classic samurai films. Din Djarin is very reliant on his Mandalorian Beskar Armor which makes him practically invulnerable. Without that armor he is an excellent bounty hunter, and with it, he is one of the best.

Jango Fett is another Bounty hunter taking advantage of that swiss army knife mandolorian armor. Fett’s genetic make up is so good it killed the majority of the Jedi. If that single victory wasn’t enough, Jango also was able to match Kenobi in a hand to hand fight and kill a member of the high council. That said, his lack of many on screen feats combined with his assination attempt on Padme was enough to keep him from surpassing … Boba Fett is the best bounty hunter in the age of rebellion. Boba Fett was able to not only track the Millennium Falcon but also beat it to its destination with the Empire in tow. He was able to single handedly take down a Venator Class Star destroyer. This feat got him incredibly close to killing Mace Windu and Anakin Skywalker. This was when he was just a child. Fett’s fighting prowess was on display in the Mandalorian when he took down an entire platoon of Stormtroopers. He is such a fan favorite that he has his own spinnoff show coming out this year. All of that said, Boba’s embarrassing defeats at the hands of Asajj Ventress and a blind Han Solo keep him from ever reaching the top spot. Undeniably the most competent Bounty Hunter in the galaxy. Cad Bane has repeatidly and sucessfully gone up against Jedi and came out on top. Bane was captured only twice in the clone wars. One of those times was on purpose. Anytime he fails, it is likely due to his employer’s incompetence or the impossiblity of the task. A list of his feats as a bounty hunter, both in planning as well as in combat could requite a list of their own. He is the greatest bounty hunter of the Clone Wars era and the most competent bounty hunter in all of Star Wars. 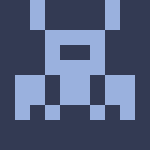 Fennic Shan is my personal favorite, but I honest to god agree with this list