Top 3 Geeky Board Games for the Whole Family

Get ready to level up your game night with some geeky board games! Yes, board games, family bonding time, games that don’t just have a board, cards, dice or fake paper money. These titles are perfect for the whole geeky family and are sure to bring hours of fun and entertainment to your table. From fantasy-themed adventures to science fiction epics, there’s something for everyone to enjoy.

Whether you’re a fan of role-playing games, strategy games, or just love a good story, these geeky board games have got you covered. So, gather up your nerdy clan and get ready for an epic adventure filled with dice rolls, card draws, and laughter (even from your little dragons)!

Ticket to Ride is a strategic board game for two to five players that tasks players with building train routes across the world. The game is set in the early 20th century and players must use colored train cards to claim railway routes on a map of the world, connecting cities in various countries. Points are awarded based on the length and continuity of the routes and the player with the most points at the end of the game wins.

One of the key strengths of Ticket to Ride is its simplicity. The rules are easy to learn and understand, making it a great option for both experienced and new players. The game is also well-balanced, with each move and decision feeling meaningful. The board and pieces are visually pleasing and the design of the game makes it easy to see what routes are available and which ones have already been claimed.

In addition, Ticket to Ride has a lot of replayability, as the game board and routes are different every time you play, you can play the game in multiple maps from USA, Europe, Africa and more, so it never gets old.

Overall, Ticket to Ride is an enjoyable and challenging game that appeals to both hardcore strategy gamers and casual players alike. It’s a great choice for game night with friends and family.

Codenames is a highly-acclaimed word association game for two to eight players. The game challenges players to guess secret words based on clues given by their teammates. The game is played in two teams, with each team having a “spymaster” who gives one-word clues to help their team members guess the correct words. Points are awarded based on the number of correct guesses, and the team with the most points at the end of the game wins.

One of the standout features of Codenames is being super addictive. The game is very easy to learn, and can be enjoyed by players of all ages. It also great for group play and for team building for anyone who loves a good challenge.

Another great thing about Codenames is it’s versatility. The game is simple enough to play with kids, yet complex enough to enjoy with adults, and it can be played with as few as 4 players, or as many as you want, since there’s no upper limit of players.

Overall, Codenames is an excellent party game that will test your teamwork, deduction, and word association skills in a fun and entertaining way.

Mice and Mystics is a cooperative adventure board game for one to four players. In the game, players control mice characters trying to save the kingdom from an evil sorcerer. Each player has their own unique mouse character with different abilities, and must work together to overcome obstacles and battles to complete the mission.

One of the key strengths of Mice and Mystics is its immersive narrative. The game has a charming and whimsical aesthetic, with detailed miniatures and high-quality components, making it truly feel like you are on an epic adventure with a group of brave mice. The game also has a large variety of enemies, obstacles and items, ensuring that no two games are the same, and giving players a lot of replayability.

Another great aspect of Mice and Mystics is its cooperative nature, encouraging players to work together, share resources, and come up with creative solutions to the challenges they face. It’s a great game for families and for players who enjoy a game with a strong story element.

Overall, Mice and Mystics is a beautifully designed, immersive and challenging cooperative game that offers an epic adventure for players of all ages and skill levels.

Geeky board games offer a fantastic way for families to bond and have fun together. From building train routes in Ticket to Ride, to guessing secret words in Codenames, to saving the kingdom as brave mice in Mice and Mystics, there’s something for everyone to enjoy. These games are not just about winning and losing, but also about spending quality time with loved ones and creating memories that will last a lifetime. So, gather your geeky clan around the table and let the dice roll, the cards shuffle and the adventure begin!

Be sure to support All Ages of Geek on Patreon to help the platform grow and continue to support geek media! 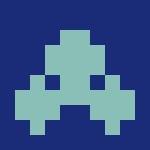 Top 3 Geeky Board Games for the Whole Family - Gamers anime