Netflix’s Yasuke takes cues from history by telling the story of Japan’s first African samurai while also telling an original tale. Created by LeSean Thomas, it follows the story of Yasuke (LaKeith Stanfield), a man from Africa who served under the feudal lord Nobunaga Oda, known as the great unifier of Japan. Much of the show draws from Yasuke’s life, like his first meeting with Oda who has never seen an African person before and was intrigued with how dark his skin was. Even though there weren’t many records of Yasuke after Oda’s death, the series attempts to tell a new story filled with fantastical elements. The show depicts 16th century Japan with not just samurais, but also with sorcerers, beasts, and even mechs roaming the lands.

We follow Yasuke, who has lived in isolation since the death of Lord Oda as he lives the remainder of his life as a boatsman. He drinks his sorrows away to forget his painful past as a formidable samurai in Oda’s court decades earlier. The country is at war with a powerful Daimyo, who has decimated Nobunaga’s army in her wake. Much of the series displays some flashbacks of Yasuke’s life living under the feudal lord’s roof and serving under him as his top warrior despite being considered an outcast by those around the court. We see Nobunaga’s attempts to bring Japan forward from its old ways by accepting an African man and a female samurai into his military. 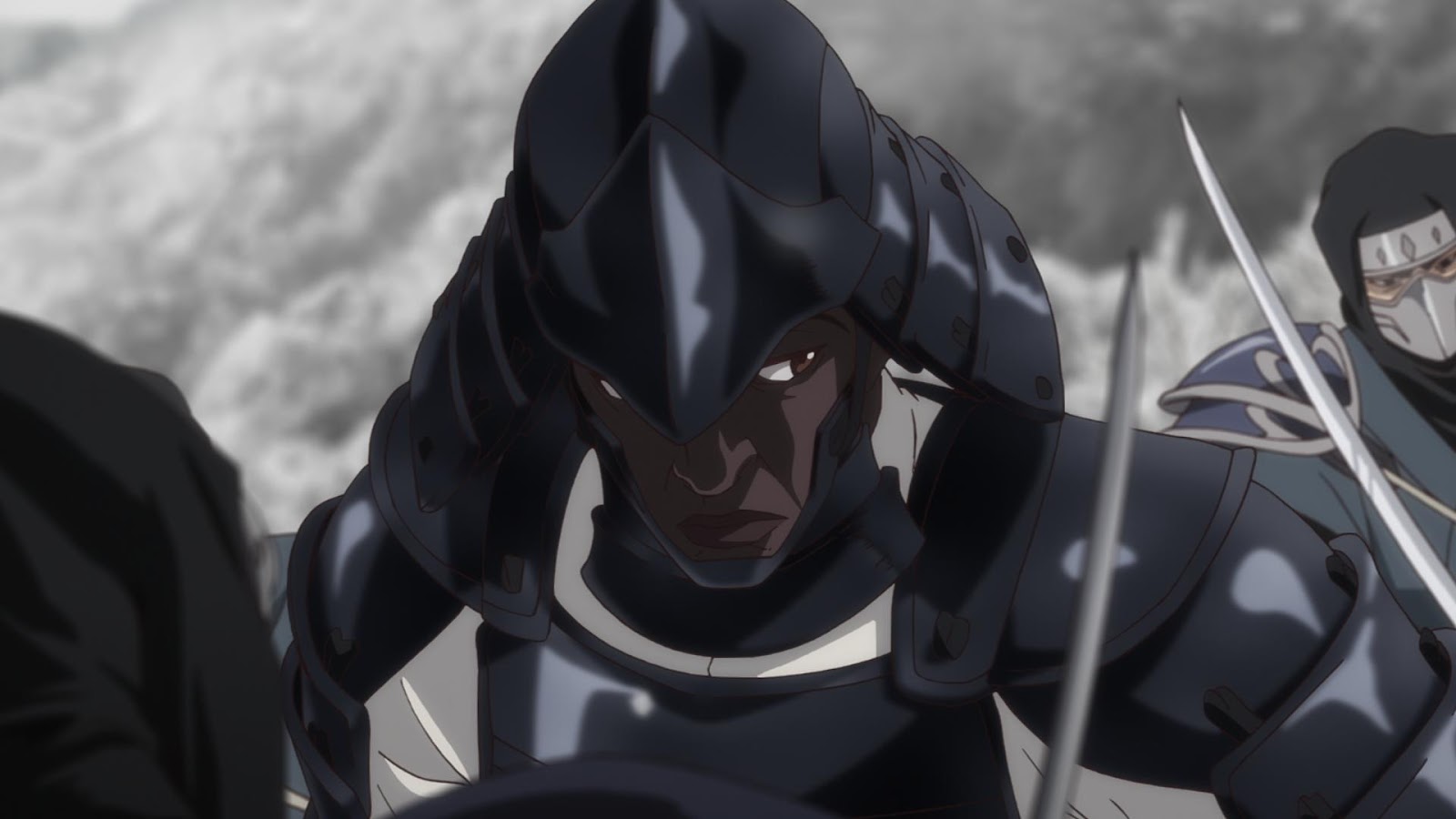 After Oda’s defeat, Yasuke feels guilty of how he died and the betrayal of his female comrade, Natsumaru. Yasuke’s undying commitment to save the Japanese community reawakens when he encounters a young girl named Saki, who holds an extremely powerful supernatural gift. Yasuke is tasked with bringing her to someone who can help her harnest these gifts to be used against the Daimyo. Much of the series follows their journey filled with fantastical fight sequences and interesting characters they meet along the way like werebeasts, sorcerers, and giant robots.

What works here is the stunning animation thanks to Studio MAPPA, who has worked on other anime series like Jujutsu Kaisen and Attack on Titan. The incredible action sequences should keep audiences engaged with the individual fight scenes with Yasuke as well as the huge action pieces during the flashback scenes with Oda’s army fighting against the Daimyo. Even the music done by Grammy-nomimated artist Flying Lotus. The music blends some R&B and electronica that perfectly matches the style of the series. 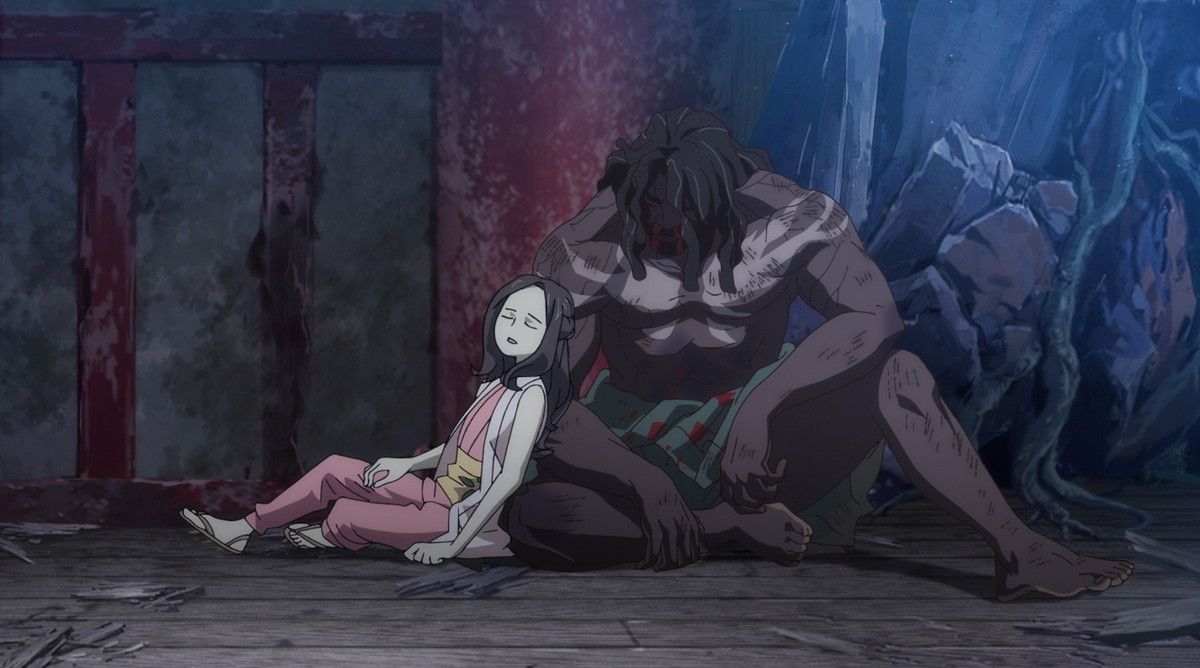 Even though the series takes inspiration from other anime series, the show does seem to struggle with finding its own footing. The storytelling follows a similar formula like other animated series on Netflix, where shorter seasons would build up a story arc and lead into a big showdown. However, Saki and Yasuke’s relationship is perhaps one of the strongest components of the series. Saki shows off what she can do with her gifts as they become powerful each time she uses them. Yasuke has shown how much skilled he is as a swordsman and fighter. Despite all the incredible fights we see here, the stories are something that we are all too familiar with.

Deep down, Yasuke proves to be worth a watch thanks to the superb animation and the incredible musical score. Creator LeSean Thomas has crafted something that shows his appreciation of anime as a great storytelling platform by giving audiences a historical tale that will break down barriers, following in the same footsteps as Afro Samurai, another anime series with a black lead character. Yasuke very much tells the age-old story of good versus evil that works when it comes to exploring feudal Japan through the eyes of an African samurai, but exploring more of the deep overtones of an outsider in a strange land would’ve been interesting as well. Nevertheless, Yasuke is definitely a series that will grab anyone’s attention thanks to the unique concept of a familiar style of storytelling.

Yasuke is available to stream now on Netflix.