Released in 1999, The Matrix revolutionized the sci-fi genre putting it in a category of its own and bringing in a whole new way of storytelling and film-making. After 20 years, Lana Wachowski, one of the visionaries behind one of the greatest films in the 21st Century returns for a fourth installment, The Matrix Resurrections. The latest movie brings back Keanu Reeves and Carrie-Anne Moss to reprise their roles as Neo and Trinity along with a fresh new cast of characters. It’s been a long time since we last saw what went down in Matrix Revolutions, so a lot can change. However, the story seems to retread some old plots while conjuring up some new ones. But does it all come together nicely?

The Matrix Resurrections opens up with resistance leader Bugs (Jessica Henwick) hacking into an old memory file within The Matrix as much of the scene carries out as a play-by-play from the first film. Just like the opening scene, we see Trinity (Carrie-Anne Moss) making her escape from the Agents as Bugs follows behind like a viewer. As she searches for clues to see any traces of Neo’s (Keanu Reeves) existence, she soon catches the eye of a new Agent who is unlike the others. Once Bugs get wind of what’s happening, she makes a run for it. 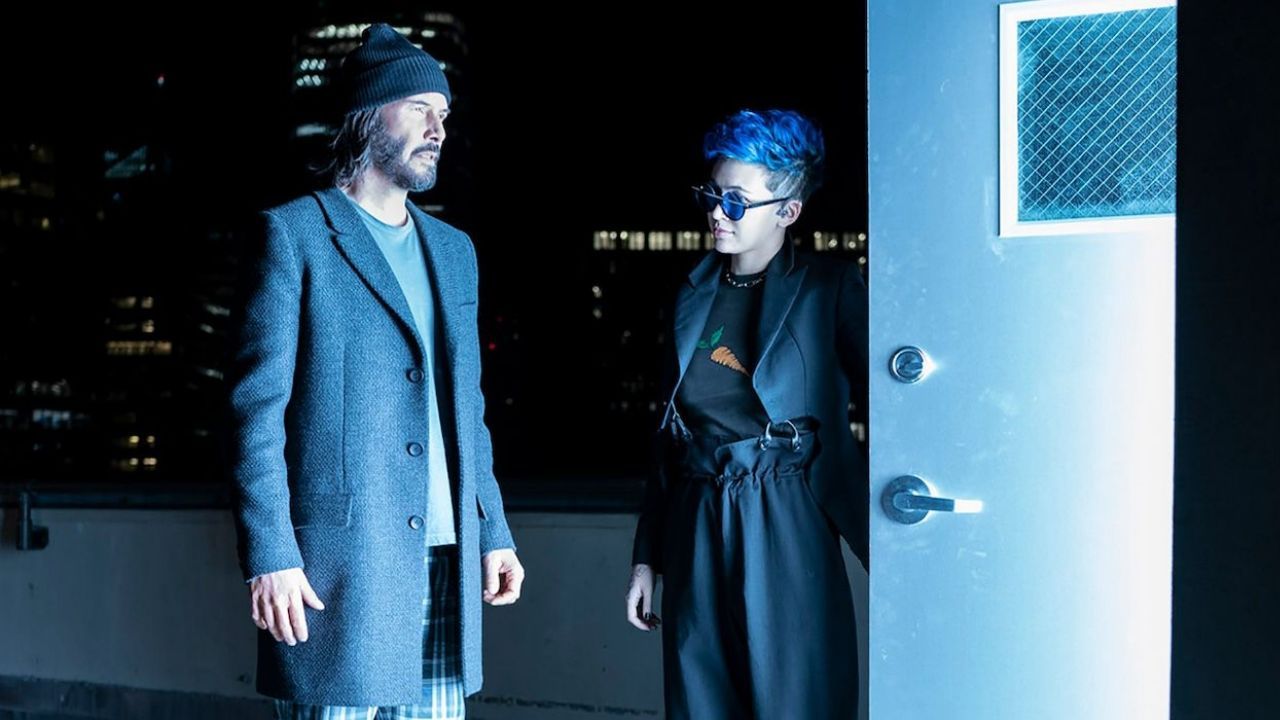 We shift over to where we find Neo as he is back to living the life of a software programmer named Thomas Anderson. He finds himself under immense pressure from his partner Smith (Jonathan Groff) in completing a fourth game, which so happens to be based on The Matrix. Anderson finds himself questioning his reality when he refuses to revisit the game that drove him insane. He talks it over with his analyst (Neil Patrick Harris) about his visions and gets prescribed the blue pill to keep his mind in check. We also see that Trinity is living a new life as Tiffany, a married woman of two in a world where neither she nor Anderson recognizes one another. Once Bugs enters Anderson’s life, he is thrust back into the mysteries of the Matrix and what has happened to Neo since the end of the Machine Wars.

The Matrix Trilogy has always been about the story through its world-building as well as its grand ideas about simulated reality and choices among other things. When the first film was released, the way that the action and visual effects were done was very innovative. It’s something that Hollywood has never done before and it changed how movies do action scenes. We don’t get some groundbreaking action in this new film since it’s been done before. Instead, the movie puts more emphasis on expanding the world instead of visuals. 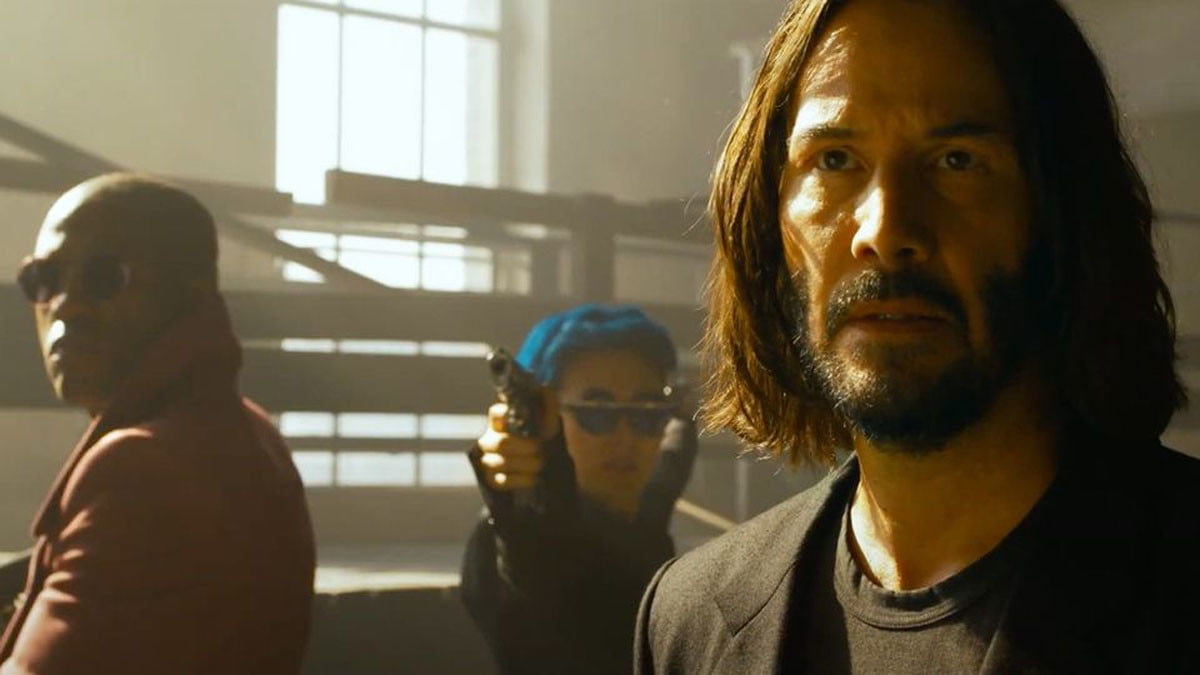 Straight out of the bat, the film seems to be self-aware of the Matrix as a franchise as it throws references to the films and even makes jokes at Warner Bros. However, it can be a little too on the nose making it appear more comical than it should be in a movie like this. The Matrix Resurrections puts in some good ideas and concepts that we all can relate to currently. The issue is sometimes the message may not be particularly clear to a regular moviegoer. Some allegories are made throughout the film that can leave some confused. There are also some clips that are shown from the past films that often remind viewers what happened in the story in case it’s been lost in other people’s minds for a while. It’s great fan service to those who have followed the franchise, but sometimes it doesn’t serve its purpose for the narrative.

The visuals in this film are nothing short of extraordinary. It’s like putting in a new hue of color over a saturated painting as we see this new and improved version of the Matrix. We see how much it has changed since humanity’s triumph against sentient machines. We see that the machines and the humans are coexisting, so Neo and Trinity’s sacrifice wasn’t all for nothing as the film shows here. However, there’s always going to be some programs looking to renovate the mainframe for its gain and try to prevent humanity from making a choice to live inside a computer world or set themselves free. So in some ways, we do get some of the same narratives, but we also expand on it. 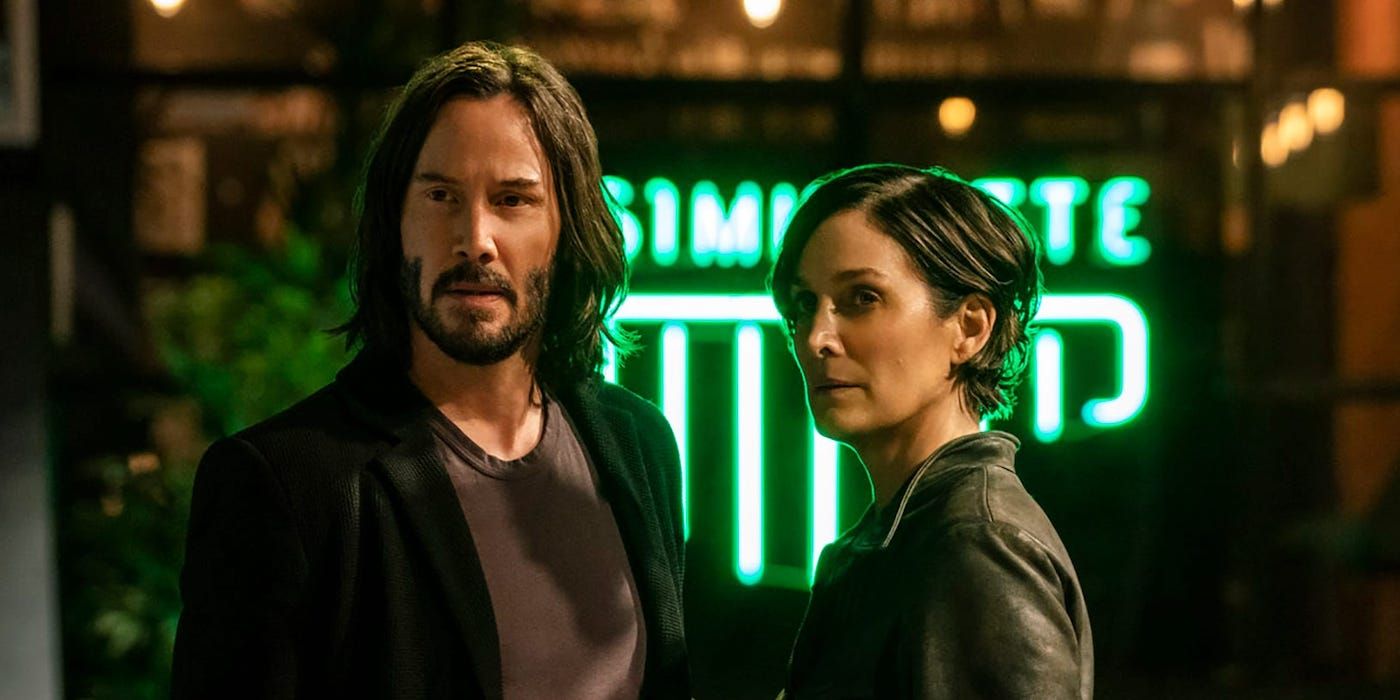 As far as its cast, some of the new characters give some pretty good performances. Jessica is truly the standout in the film as a rebellious leader who goes on her own path to find Neo and sometimes doesn’t listen to her subordinates when she feels that there’s another way to approach a problem. It’s a strong female character that proves how great the women of this franchise are. Yahya Abdul-Bateen II also does some fine work as an alternate version of Morpheus. We do see some of the same mannerisms from Laurence Fishburne’s performance as the famed rebel leader of Zion. If this were an original character rather than being a version of the same one, it would’ve worked as well. Jonathan Groff on the other hand doesn’t have the same charisma as Hugo Weaving with his take on Smith. When it is shown on screen, you can’t help but notice how pale in comparison he is to him. Certain Easter eggs also make some connections from the past to this film like like Priyanka Chopra Jonas’ Sati, who was the exile character from the third film. Others are there just simply to be in the story, like the Frenchman, which pretty much makes them useless to the overall story.

Despite these fresh faces, fans of the original are here for the OG crew. Keanu Reeves as Anderson and Neo is what everyone wants to see and he delivers. It’s as if he never left the role as he comes back to revisit this iconic character. Seeing Carrie-Anne Moss coming back as her character is also a treat to see on screen after all these years. Even though it takes a while to see her go full Trinity, it is worth the film’s runtime. She’s also the heart and soul of this story, which truly evolves her character beyond the previous trilogy. Even Jada Pinkett Smith makes a return as Niobe as we see her taking more of a leadership role as she tries to preserve what is left of humanity. A very different character than what we’ve seen in the last two films. 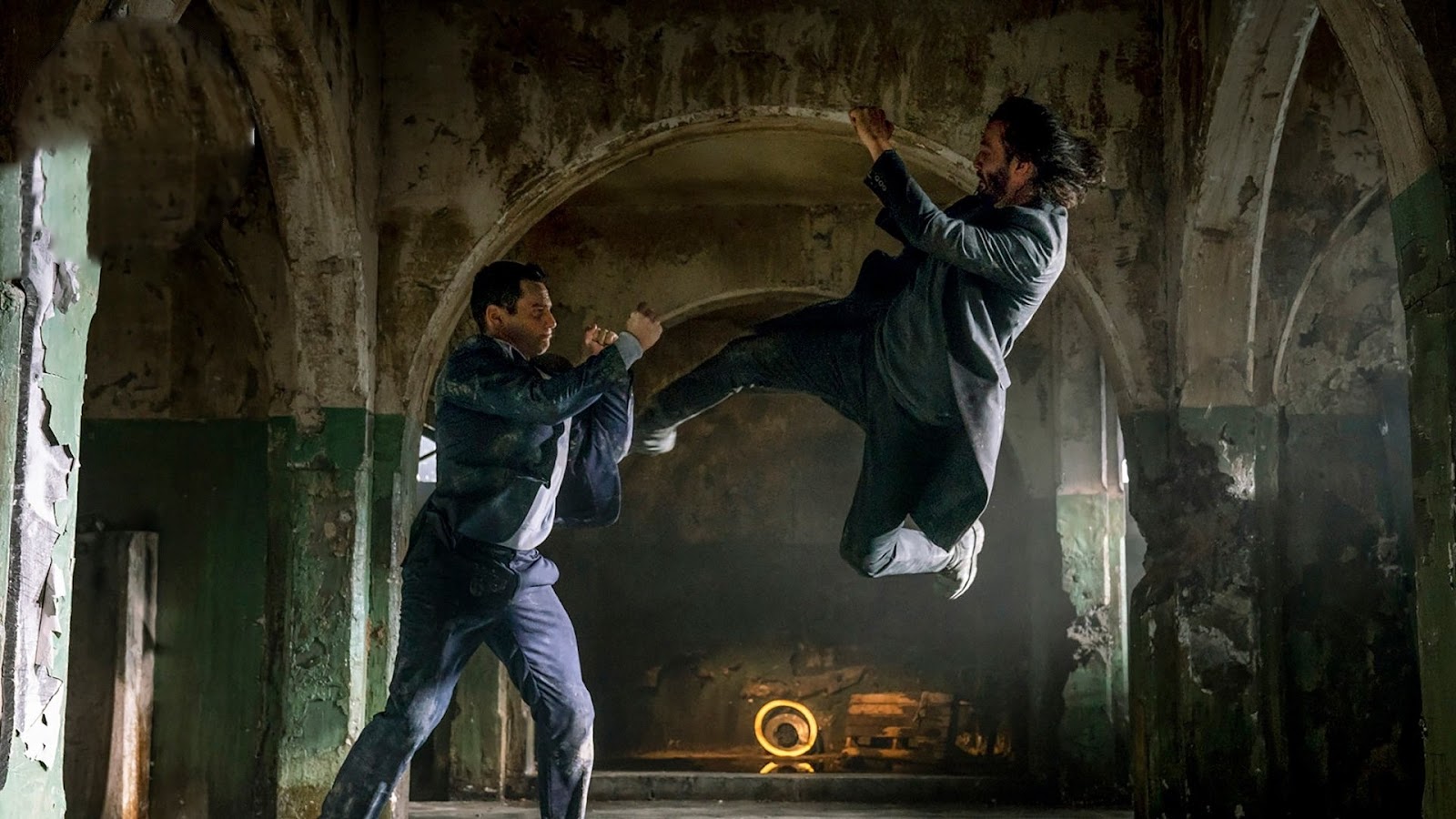 The Matrix Resurrections in perspective gives a lot of good ideas that work to a degree. What is great is that it does remind us what we loved about the first film, which is the story. At the center of it is also a love story as both Neo and Trinity attempt to find one another in this version of the Matrix. It’s a refresh of an old story that puts in a lot more work into building the world even further. Not everyone will accept the sequel because when we think of The Matrix, it’s the groundbreaking visual effects and the action sequences. We don’t get a whole lot of that, but that’s okay, as long as it still tells an incredible story that’s thought-provoking and spectacular. Despite some lazy editing and keeping it short on the action, The Matrix Resurrections is a film that may be worth revisiting for years to come.