Once a beloved TV series makes the jump to the big screen, there are usually some expectations that need to be met in order to satisfy fans and also bring in new viewers who are unfamiliar with the show. When it comes to the animated sitcom Bob’s Burgers, the FOX series makes an attempt to create a two-hour movie version, but will it satisfy fans and the general audience? Usually these movies would go bigger and crazier than what can be shown at home. However, The Bob’s Burgers Movie ends up taking the simple route to display a heartwarming story about the chinless Belcher family filled with music, humor, mystery, and mayhem.

Just like the series, The Bob’s Burgers Movie follows the Belcher family and their fast food business. The movie centers on patriarch fry cook Bob Belcher (H. Jon Benjamin) as his fast food joint is in turmoil to go out of business unless he pays a bank loan in a week. He gets some help from his loving and supportive wife Linda (John Roberts) as they prepare a plan to save their family business. We also follow their three young children: Louise (Kristen Schaal), Tina (Dan Mintz), and Gene (Eugene Mirman). Each of the kids is also facing some dilemmas as summer is approaching, with Louise concerned about her defining look with her bunny ears, Tina having a teenage dream of asking out Jimmy Pesto Jr., and Gene trying to get ready for his band to perform at the shoreside carnival. On top of all that lies a mystery that brings the family together in order to save their business and learn a thing or two about themselves. 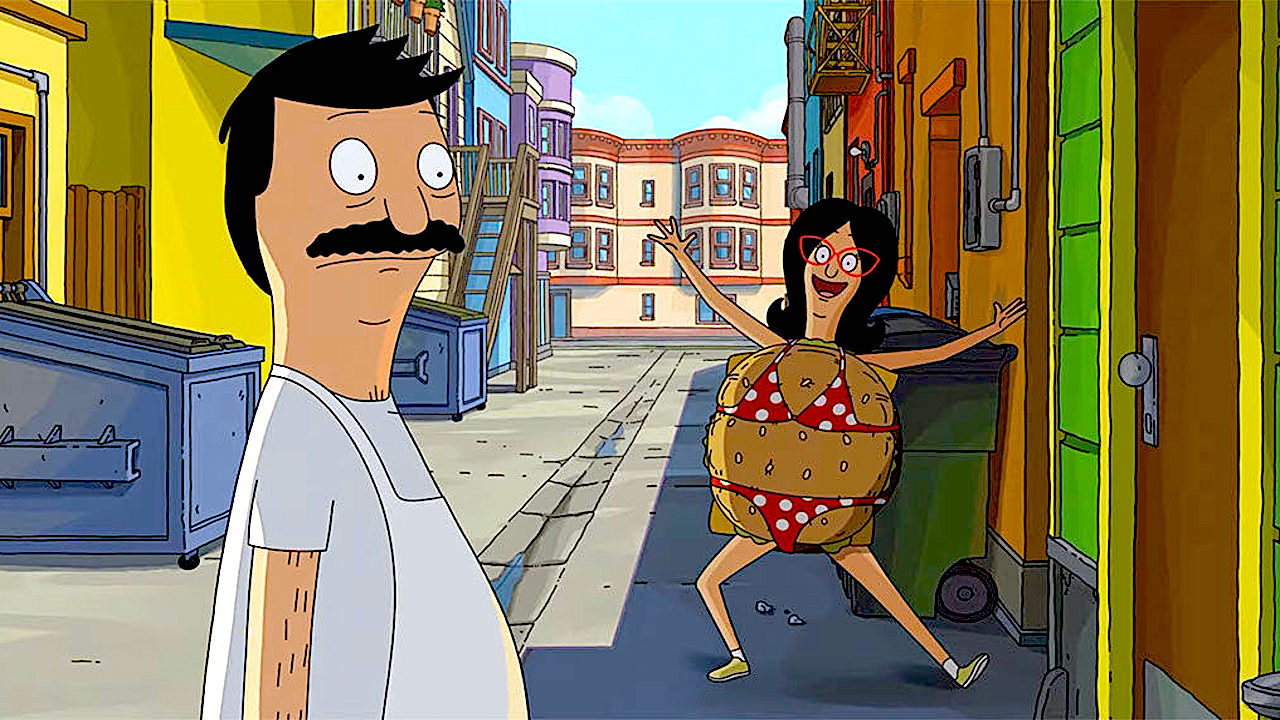 Much of the film plays out like a half-hour episode, but the mystery plot also takes center stage as the stakes go high for the Belcher family. As a sinkhole brings down a sidewalk in front of the Belcher’s restaurant, it exposes some secrets that involve their landlord Mr. FIschoeder (Kevin Kline), who becomes a prime suspect in a murder investigation when a body is found in there. The movie follows the parents as they try to save their business while Louise and her siblings attempt to solve the case in order to prove to everyone that she’s more than just being a little girl. Even though the movie isn’t as dark as it perceives to be, we still get some of the same kind of humor that fans love from the series.

What keeps the movie going is the quick wit and humor with the main cast. The musical numbers work perfectly with the Belchers, having them break out in song and having a fun time doing it. This is as much like Bob’s Burgers as fans pine for because of how tight-knit this family is. Sometimes the jokes don’t land as much as they should, especially since this is a film and it works mostly in a half-hour format. What vibes well is the intimate moments we get with each of the characters, something that can be done in a feature-length movie. The one-liners are hilarious, the songs give more life to these dynamic moments with this family, and the familial bonds are stronger here. Don’t expect for the film to be more than its sitcom counterpart because what this is would be basically an extended episode of that. However, it doesn’t mean that audiences won’t enjoy it as the humor and characters more than make up for the two-hour runtime. 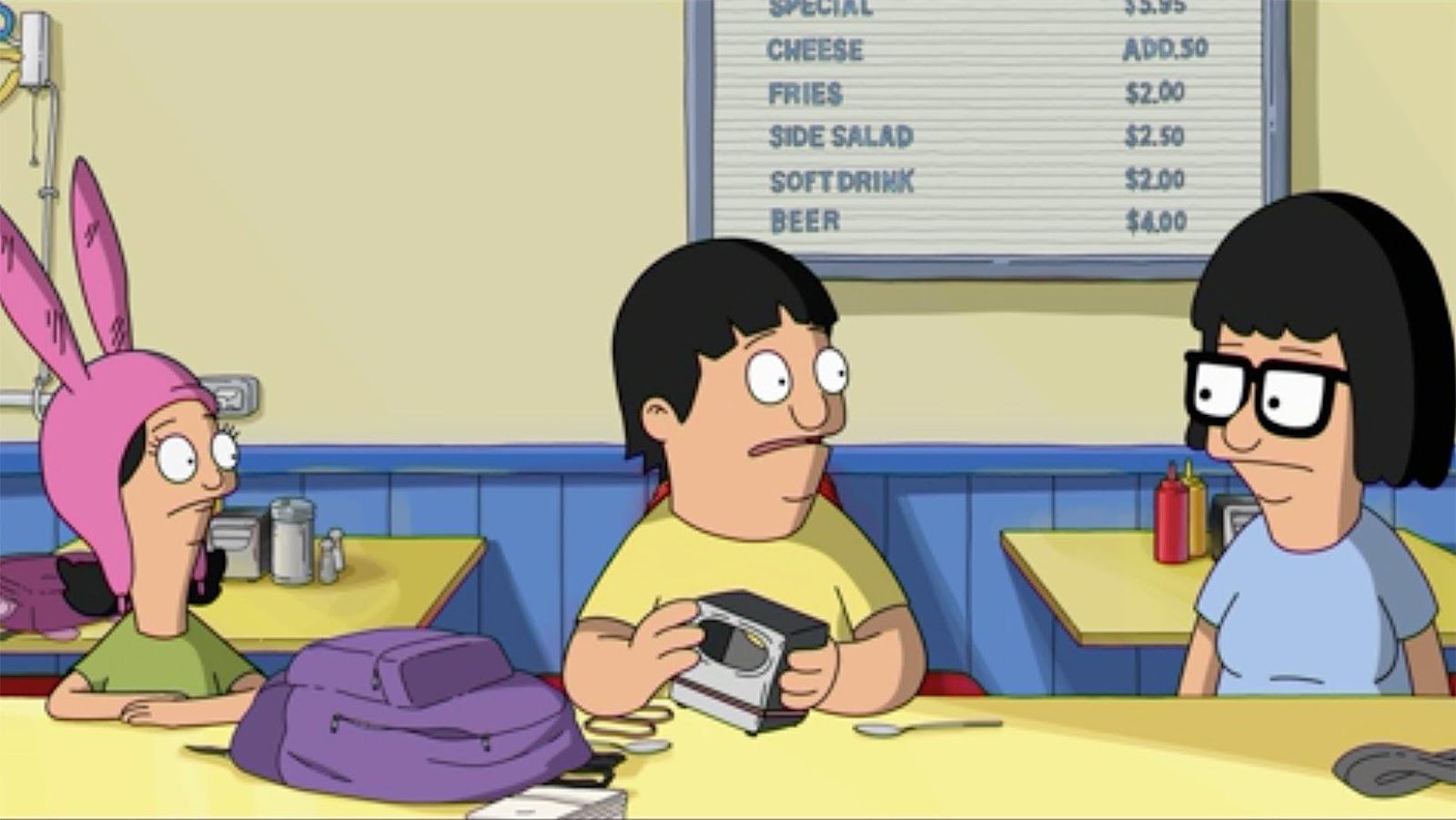 The animation remains unchanged from the show, but it does poke fun at itself at times when it comes to making that leap to the big-screen. The Bob’s Burgers Movie does make some interesting choices in color by adding more shadows into some of the serious scenes as the Belchers find themselves in some interesting situations dealing with the murder-mystery plot. Keeping the animation style the same should still keep the tone of the film the same like the series, which should satisfy fans as well.

Bob’s Burgers has never been like other animated sitcoms out there. We do get the occasional wild scenarios, but the show mainly pinpoints on the relationship of this family and what the everyday problems that they face. It’s a relatable show where we find the Belchers getting into some absurd situations, but it’s never over-the-top and mostly low-key. The show is a charming sitcom that favors character development and familial ties over wacky situations. The voice cast alone is what sells this show and would equally make the film just as enjoyable. 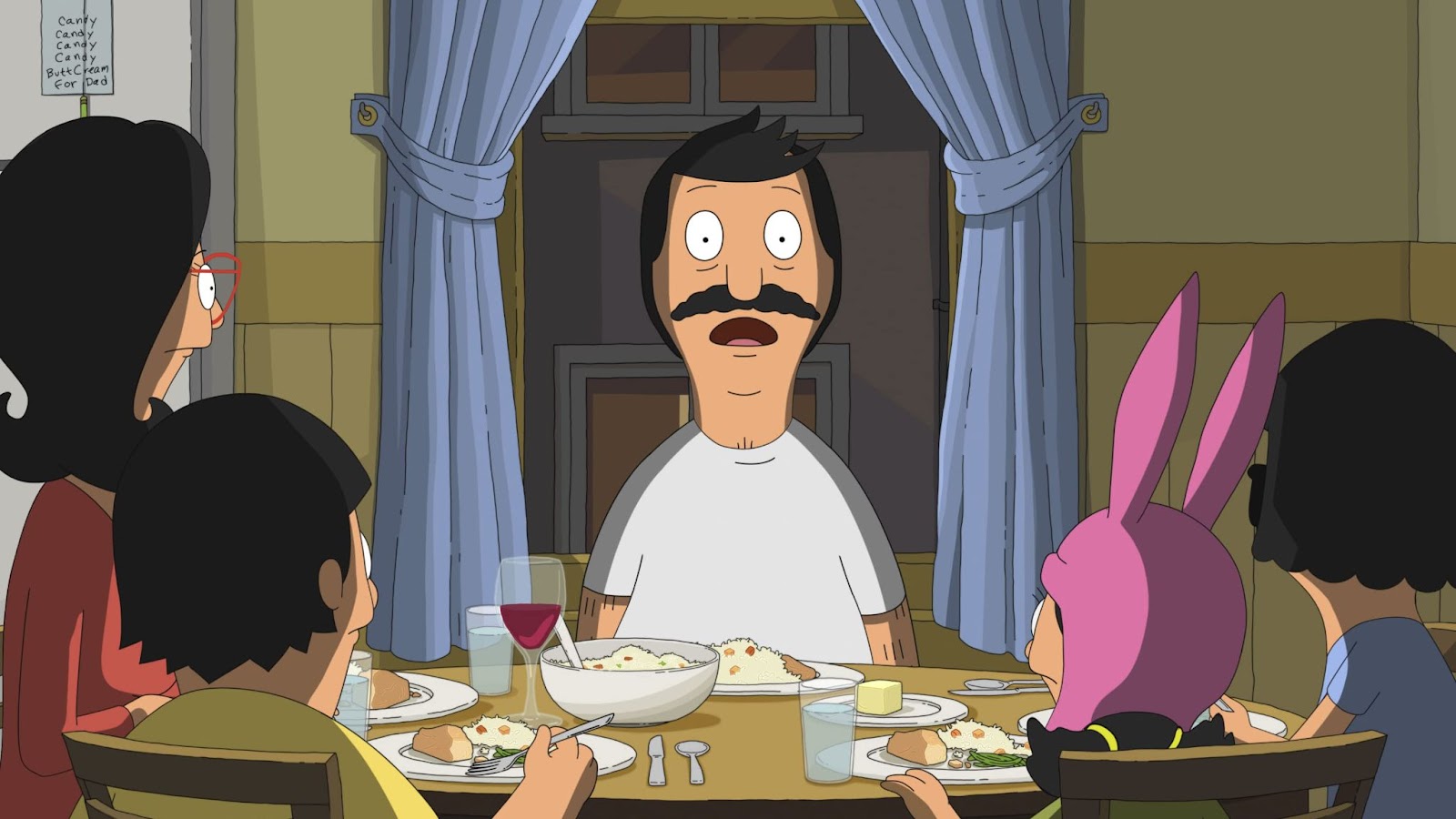 The Bob’s Burgers Movie is a fun way to kick off the summer season with witty and dark humor. The film’s simple charm with the characters, animation, and story will keep fans invested as they await the upcoming season. Rather than breaking some new ground, the film shows off how wonderful this series has become after being on air for over a decade. The movie fires on all cylinders when the focus goes more into this beloved family, giving us a unique perspective into each of the Belchers’ lives.

The Bob’s Burgers Movie is now playing in theaters.