It’s been a long wait for Stranger Things’ fourth season to arrive on Netflix and it’s finally here. The monster hit on the streaming platform has returned for a new season with a new mystery that is much darker and more mature than the previous seasons. As the first of two volumes releasing this year, Stranger Things delivers a scary and action-packed season that all comes together thanks to the incredible cast both old and new that reminds viewers why they’ve been invested in Netflix’s crown jewel. With a new terror on the loose from the Upside Down and more shenanigans by these kids, this was worth the wait.

The fourth season of Stranger Things is spread across different storylines that don’t just take place in Hawkins but in other geological locations. We last saw the Byers and Eleven moving to California to start fresh and we see our main heroine adjusting to her new life. It is a bit of a challenge for her to venture out on her own without the whole gang, but this season shows how much she has grown in these past few seasons as she tries to regain her powers. For Eleven, it’ll force her to confront her past and see how powerful she truly is. Even though this feels like Stranger Things, the new season shows growth with our characters as they go into high school and see how much they’ve changed.

We also follow Mike, Dustin, Lucas, and Max as they all start their first year of high school back in Hawkins. Despite going to the same school, we find that the gang has pretty much split into different cliques as they grow somewhat apart from one another. Both Mike and Dustin continue their love of D&D by joining the high school club Hellfire run by senior Eddie Munson. Lucas has decided to join the jocks as he plays for the school’s basketball team, despite being more of a benchwarmer for much of the games. Max, on the other hand, has sort of distanced herself as she’s still reeling over the death of her foster brother Billy. Meanwhile, Steve and Robin are still trying to figure out their dating lives and their future. Nancy is also in the same predicament as she questions her relationship with Jonathan as a new mystery shakes up the town.

The season also transitions to the whereabouts of Hopper, who was shown to have disappeared and was presumed dead on site after sacrificing himself to save the town. It is revealed that he is pretty much alive, but has been transported to Russia as he attempts to escape and make his way home. Right on his trail are Joyce and Murray as they work together to find and rescue the town’s sheriff. Hopper learns to survive in his situation as he tries to also make his way home and communicate to Joyce on the outside in hopes of a rescue. 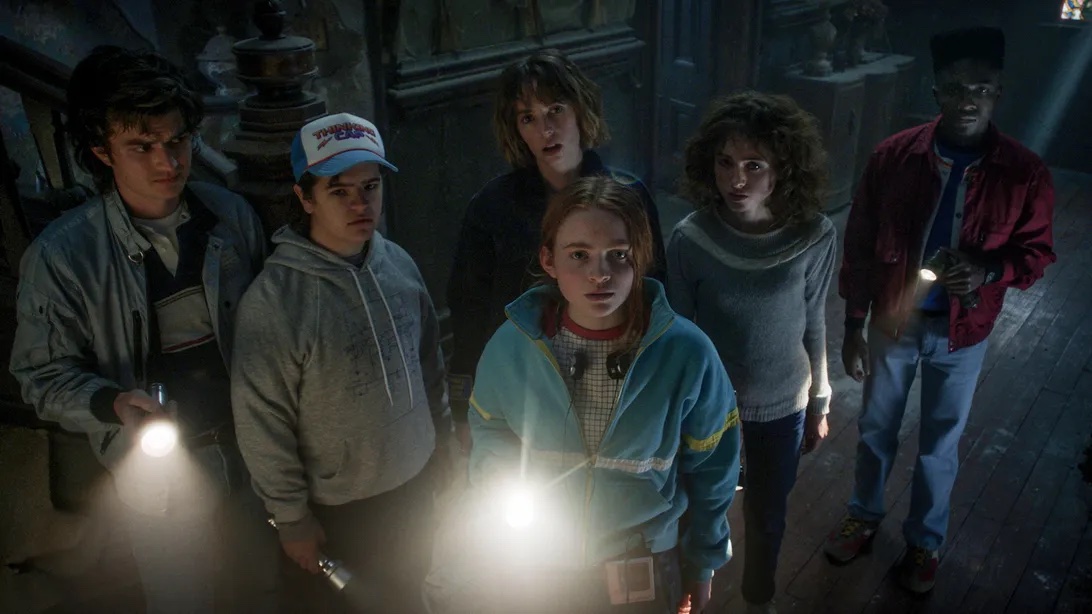 This season of Stranger Things is huge, which is understandable as the episodes are longer the storylines become much more stuffed as it spreads out into different locations, and each character gets their own arc. It is an ambitious task to create a huge season like this one, which relies on what happened in previous storylines but also adds new layers so it doesn’t feel like it is rehashing it. The first episode catches up with the viewer to see where all the main characters end up and how much they’ve changed as they face new challenges in their own lives. Most of the episodes can also feel like a jigsaw puzzle where multiple storylines are happening all across the board and it doesn’t mesh well with these big run times. There will be moments of seriousness while some comedy is being thrown in there to ease the tension, which doesn’t always fit into the scarier scenes that take place. It also doesn’t leave enough room for the more emotional moments to sink in with the audience when it needs to.

Each of the cast members this season gives it their all and they all get the spotlight to showcase their acting chops. Gaten Matarazzo continues to impress as the sleuth of the group Dustin Henderson and the same goes for Joe Keery’s Steve Harrington who continues to grow as a protagonist over the past two seasons. Sadie Sink may have one of the best arcs this season playing a vulnerable Max as she tries to get rid of the guilt she has since Billy’s demise. Even David Harbour has given his all as Jim Hopper in his storyline where he keeps struggling in a Russian prison but continues to strive for hope when it seems like everything is lost to him. The same also goes for Millie Bobby Brown’s portrayal of Eleven as we find her without her powers and is in somewhat of an existential crisis to figure out who she is without them. 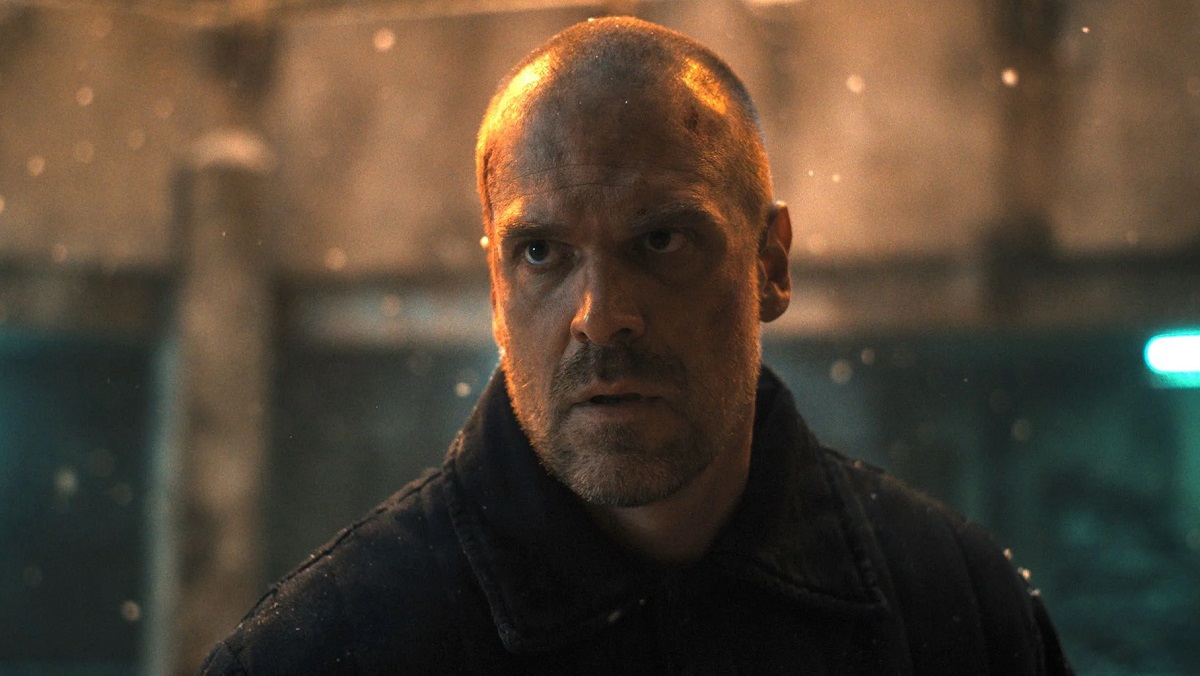 Some of the new cast members this season also proved to be a wonderful addition to the series. Joseph Quinn might become a fan favorite for his role as the D&D leader Eddie Munson as he becomes embroiled in the new mystery that haunts Hawkins. Even though we get some comic relief from Dustin throughout the series, this season might also go to Eduardo Franco as the chill and humble Argyle, who brings in some of the lighthearted moments in a few episodes alongside Mike, Will, and Jonathan. Another big surprise is Jamie Campbell Brown, whose character also factors into the new season as his connection to some of our characters brings in a much deeper mystery into the Upside Down.

Once viewers get into the back half of the first volume, things kick into high gear with the visuals. It often feels like a feature-length movie with the incredible wide shots of the Upside Down and the great homages to the horror films of the 80s. The presence of Vecna is done really well and it shows just how much work has been done by the costume department to give him that terrifying look making him worthy of being the scary antagonist he is this season. He often gives the vibe of horror icons of the 80s like Freddy Krueger or Michael Myers. 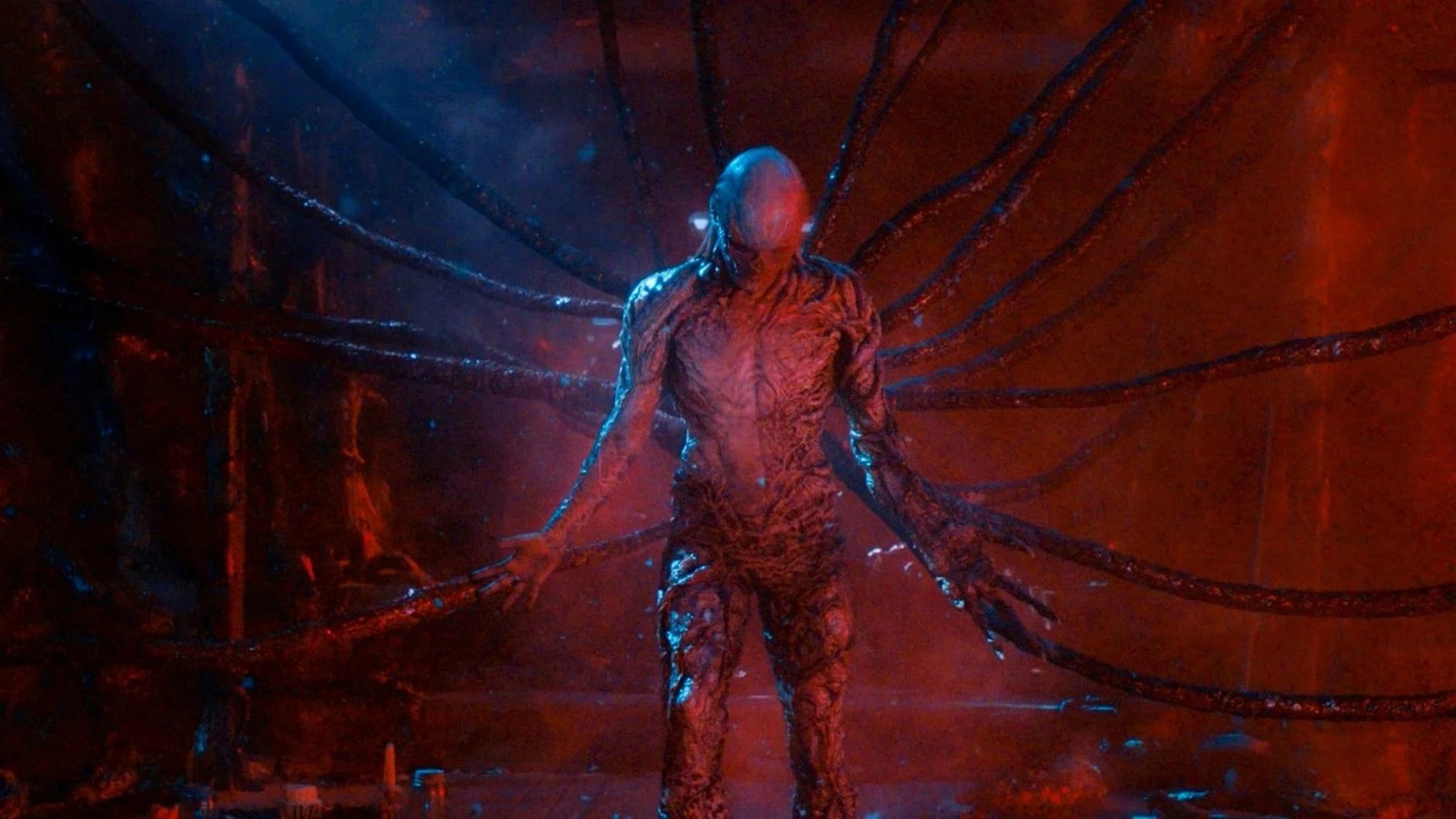 There is a lot to appreciate in Stranger Things’ fourth season, especially when it comes to evolving the characters and the tone of the series into something more mature and dark. Most of the characters each have their own moments that stand out, including Hopper and Max who deserve praise for their progression throughout the season. The new villain Vecna is truly terrifying as this season’s Big Bad thanks to the incredible visual effects. Despite these overlong episodes, fans will be satisfied with how incredible each installment is and will be anxiously awaiting to see how it all concludes in the last two episodes coming up. While that wait isn’t very long, Stranger Things has made the long wait worth it.

Volume One of Stranger Things’ fourth season is currently streaming on Netflix, with Volume Two releasing in July.