Demon Slayer: Kimetsu no Kaiba went into full swing at New York Comic Con sharing details on Mugen Train’s streaming debut as well as offering some updates on the upcoming season. Some of the cast came on stage to share some behind-the-scenes from the booth and what fans can expect in the second season of the anime hit series. Joining the panel were voice actors Abby Trott, Aleks Le, Landon McDonald, and Lucien Dodge.

The cast first touched on getting to work on the feature and the whole process of translating it to Western audiences. Dodge, who also worked as the ADR scriptwriter, said at the panel that he wasn’t initially going to be voicing any character until he found a connection with the villainous Akaza before playing the role himself. “I couldn’t help [think] while writing the character, ‘You know, I feel that I could play this character, probably, pretty well.'” Aleks commented on that, also agreeing that Dodge would be perfect to play the character. “That’s what I said! I was a big fan of Lucian Dodge! I remember I messaged [Dodge], I was like, ‘Lucian, you should be this guy.'” 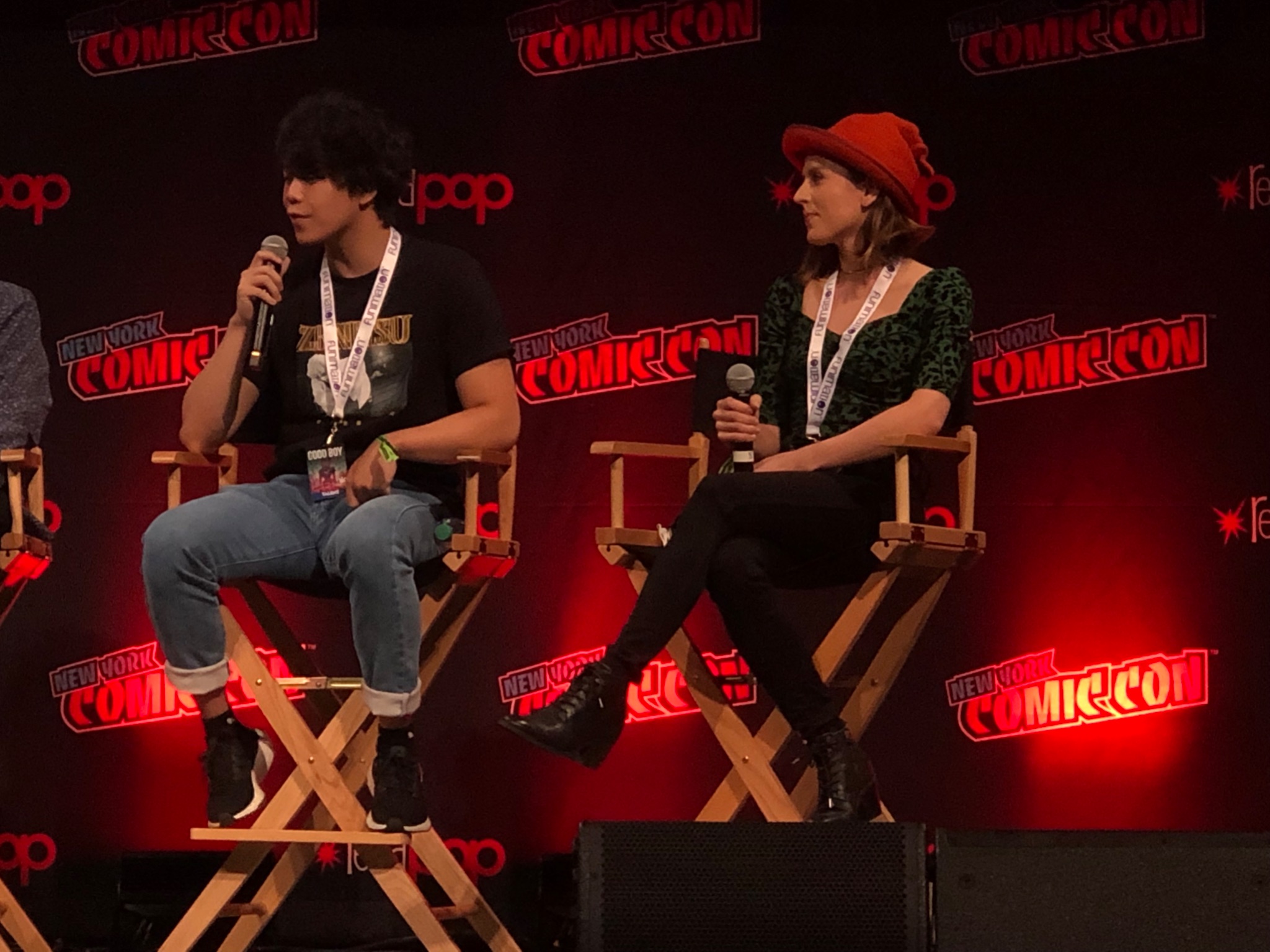 Trott voiced her thoughts on getting to play a fun side to Nezuko in the film during the dream sequence showing her “chibi-esque side.” Speaking on that same scene, Le expressed how great it was to show Zenitsu’s heroic side even though it was blended in with some of his comedic theatrics. “He doesn’t get to be happy a lot. For the more serious section of the movie, I was able to bring a heroic side. This is the first time he’s actually protecting Nezuko as a person.” Even though his character remained the same in both the series and film, Le still sees him growing with the character. “He always wanted to be a protector but he never had the opportunity to prove himself in front of his friends. When he does something cool, no one sees it,” he said. 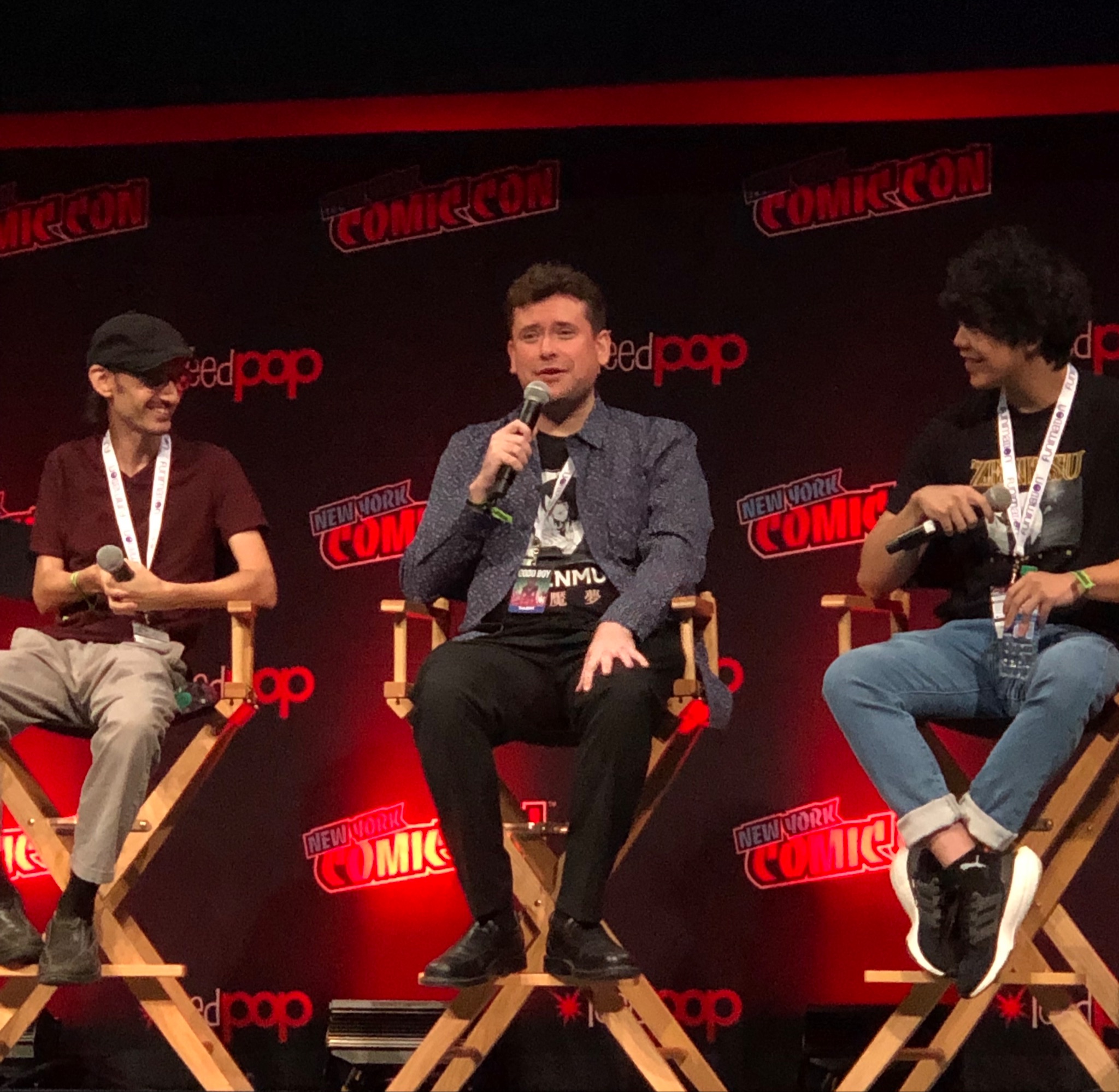 Despite playing a villain, McDonald doesn’t see Ennu as one when he portrayed him. “I don’t think he’s a villain. He’s just a guy who wants a promotion.” Cast members Zach Aguilar, Bryan Papenbrook, and Mark Whitten also shared some of their insights on their characters in pre-recorded videos during the panel. Aguilar explained how much he emphasized with Tanjiro. “The key to tapping into those moments was imagining my own family in Tanjiro’s family. He’s a kid who lost his entire family, except for Nezuko. Now in the moving train, he gets to see his family again in a dream and finds the resolve to realize it is a dream and move on,” he said. When playing Inosuke, Papenbrook expressed how much fun he had getting to play him. “I love playing those scenes when he’s really the one who’s making the right decision, taking the role of the leader,” he said.

Fans can check out Mugen Train as a seven-episode recut of the film on Funimation. Expect the second season of Demon Slayer to begin on December 5 in an hour-long premiere.