Nostalgia Aside, ‘Star Wars’ Has Always Been Weird

I need everyone reading this to take a deep breath real quick, because this might be one of the hottest takes you will ever read. Take a seat, get comfortable, and above all else, know that I am not trying to attack you personally by saying this. With that in mind, here’s why I think that the Star Wars movies haven’t decreased in quality.

Let me try to give this opinion some context. Star Wars has always been front and center in my mind when it comes to pop culture. The first film I was ever brought to see in theaters was Attack of The Clones when I was about four years old. It’s one of those stories that my parents love to tell to friends at dinner. While my older sister had loudly talked through films in theaters, I sat quietly, eyes wide, taking in the magnitude of what I was seeing. People jumping and spinning in the air to loud, exciting music. Swords made out of white-hot light. Space.

My little mind didn’t care if the characters were badly written or the effects were bulging, unsavory CG that would age like whole milk in the Florida sun. All that mattered to me was that I was seeing something that I could never see anywhere else. Everything else was just window dressing.

I’d seen the original trilogy before, I’m sure, but I wouldn’t have remembered it. I know that I watched all of them dozens of times after that, though. My personal favorite? The Phantom Menace. Yeah, I can practically hear you all rolling your eyes and grunting in disapproval now. But it’s true. Ani was this small protagonist, damaged, yet still triumphant. I wanted to pod race and go to an underwater city. And Jar Jar Binks was the friendliest, silliest character a six-year-old girl could imagine.

Everything about it was perfect to me then. As an adult, I can understand the criticisms leveled against it. I honestly have a hard time watching it now, mostly because over the years I have gained this deep disgust with the look of CGI, which is completely unavoidable in the prequels. But remembering them through the lens of childhood, I think of them fondly. Especially The Phantom Menace.

When The Force Awakens was released, I was thrilled by it. Was it a safe return? Absolutely. But it was everything a Star Wars movie should be. It was bright and loud, with characters that any kid could look up to. A definitive “right” and “wrong”. It was perfect.

Then, The Last Jedi. Was it a little confusing? Yes. Did it drag a little? For sure. Did I still cry when I saw puppet Yoda? Uh, most definitely. It wasn’t perfect, but it was satisfying. I definitely didn’t leave the theater pissed off or even annoyed. I had my complaints, but I also knew that I had complaints about all of the Star Wars movies. And I was still excited to see the final installment.

I went to see The Rise of Skywalker with a romantic partner on opening weekend. I only tell you that to illustrate to you how divisive the opinions seemed to be here. I loved it. I’d cried, laughed and, of course, had my criticisms. But when the lights came up in the theater, I took a deep breath and smiled. I loved it. When I looked over at him, I could tell that he was furious. That spawned a fight that would, essentially, end our relationship. Because I just wanted to enjoy Star Wars, and here was another unsatisfied fan ruining my time.

I grew up with Star Wars. As I write this in my parent’s living room, I can see maybe forty different Star Wars figurines. There’s an Empire Strikes Back lunch box directly to my left. I don’t lack knowledge or experience, here. I’m saying this from the perspective of someone who grew up completely surrounded by this property, it’s characters, the stories. I know what a Star Wars movie is supposed to be. And, to be honest, all of them have been Star Wars movies. Director/producer/writer be damned.

Show the original trilogy to almost any adult who didn’t watch them as a kid and watch them be yawn, check their phones, ask how long each one has left. Because, let’s be honest, we are all wearing rose colored glasses when thinking about those films. They’re good, yes, but they aren’t paragons of film.

They’re filled with a ton of jargon that we don’t understand. And, to be blunt, Harrison Ford so obviously carries the brunt of the original trilogy on his back with his wit and charm. Without Han and Chewie, would anyone sit through the snooze fest that is Luke’s training sequence?

I know that all of this is going to get a lot of people upset, so I want to remind you that this is not a personal attack. Even more importantly, I want to remind you that I love these movies. I was raised on them. They are part of my very being. I love everything they stand for and can’t imagine a world without them. For fantasy nerds, they are everything you could want and then some. But they are also, at their core, eye candy. And almost all of us started our love affairs with them when we were kids.

I guess all of this is to say, ask a kid today what they thought of the latest Star Wars movie. I’m certain that they will tell you how amazing it was, how many times they saw it, how it’s their favorite movie. That’s because no matter how many original characters die off or things from the extended universe are forgotten, the essence is still there. A fun, exciting adventure, with characters that kids can look up to. That’s still intact and, hopefully, will never go away. 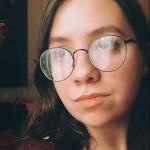