My Top 10 Shows to Watch

While I was in COVID-19 quarantine I watched the following shows since I had to pass the time somehow. Most of these shows have one season and can easily be watched in a few days. Shows like My Hero Academia and Attack on Titan require more time to watch since they have more than one season. One show, in particular, Neon Genesis Evangelion, I never actually watched and this seemed like a good time to finally do it. So, here is my top 10 shows I watched in quarantine.

Watchmen only has one season with nine episodes but you can easily get through it in two days. I didn’t know anything about Watchmen when I first started watching so right away, I was confused. If you do not know anything about Watchmen you will get confused right away as well. However, that confusion does go away and all your questions are answered by episode 5. For only one season with nine episodes, it still packs a punch leaving you wanting more. One of the best features of Watchmen is the soundtrack done by Trent Reznor of Nine Inch Nails and Atticus Ross. The soundtrack is eerie, builds tension, and makes you want to have an existential crisis while wanting to fight villains.

Where to watch: Netflix

What We Do In The Shadows

What We Do In The Shadows (WWDITS) is a mockumentary and spin-off of the movie with the same name. WWDITS so far has 2 seasons with a total of 20 episodes. It’s like The Office but with vampires living together with elements of supernatural entities like werewolves, ghosts, and zombies. It’s a fun series that leaves you laughing for more.

Where to watch: FX, Hulu

Chernobyl is a miniseries with 5 episodes that describe the horrors of the 1986 Chernobyl incident and the aftermath. In suspenseful detail, it shows you exactly what happened on that fateful night as well as exploring the psychology of how the Soviet Union dealt with such situations.

Summer Camp Island is a cartoon created by Julia Pott a former animator and story writer on Adventure Time. Summer Camp Island is about two anthropomorphic animals named Oscar and Hedgehog that are staying on an island with other anthropomorphic animal campers where magic is real, anything can happen, witches make the rules, monsters are cool and of course, the moon is your friend. Actually, that was the theme song but it essentially sums up Summer Camp Island and gets stuck in your head frequently. Everything on the island including your own pajamas comes to life and is just happy and friendly all the time.

Attack on Titan is an anime that currently consists of 3 seasons with a total of 59 episodes. It is about people living in a city surrounded by huge walls within another city with people surrounded by more huge walls within yet another city surrounded by huge walls. What is the purpose of these walls? To keep out the Titans. The Titans are basically really tall zombies that roam the land beyond the walls. To make matters more interesting there are some Titans that have special abilities. I’m not revealing spoilers here so this is just a quick summary and there are many surprising twists in Attack on Titan.

Where to watch: Hulu, Funimation, Netflix

*Note: Only Funimation has all of the seasons. Netflix only has season 1.

Parasyte: The Maxim is an anime about a world that is suddenly invaded by alien parasites that secretly take over some humans so that they can feed and stay alive. The parasites do not know why they are there but they know they have to feast on humans to survive. The humans are essentially already dead and are just being used by the parasite trying to live in the human world. The human-infected parasites also gain special abilities just like the main character Shinichi Izumi with his parasite named Migi. His parasite only infected his right hand and they end up forming a friendship while making Izumi super strong due to the parasite. There are only 24 episodes and you can easily get through it in a few days.

Where to watch: Hulu, Netflix

Neon Genesis Evangelion first aired in 1995-1996 and has become one of the best anime of all time. I had actually never seen it until COVID-19 so I decided to finally watch it. Considering it was made around 25 years ago it still holds up. Neon Genesis Evangelion is about a world that is invaded by supernatural beings known as Angels and they can be only defeated by large mecha, man-operated robots, called Evangelions. The anime is beautiful, riveting, dramatic, sexual, and deeply psychological. It is difficult to sum up Neon Genesis Evangelion here. You may be thinking, “It’s just about giant robots fighting aliens so what?” It is so much more than that! I’m excluding the later Neon Genesis Evangelion films and just focused on the original series here. The original series only has 26 episodes. Also, the intro song will get stuck in your head all the time. It is perhaps the greatest intro song of an anime. Yes, I said it and I don’t care!

Where to watch: Netflix

Demon Slayer is an anime that takes place in Taisho Japan (1912-1926) where demons exist only to feed on humans. Tanjiro Kamado lives in rural Japan with his family and one day he finds his whole family was slaughtered by a demon. Only his sister Nezuko survived the slaughter but had been turned into a demon in the aftermath. Now, Tanjiro vows to seek revenge on demons by becoming a demon slayer and returning his sister back into a human. Demon Slayer is perhaps the most popular anime at the moment and watching it myself for the first time in 2020 I can see why. Demon Slayer is engaging, dramatic, humorous, and dare I saw kawaii? Demon Slayer only has 26 episodes at the moment with a film projected to come out in October 2020.

Where to watch: Hulu, Funimation, Crunchyroll

My Hero Academia is an anime about a world where humans gained superpowers or what is referred to as a quirk. For example, one human can shoot fire out of his hands, one can create any kind of inanimate object and another can turn invisible. Some humans like Izuku Midoriya were born without a quirk but it doesn’t stop him from idolizing the greatest superhero of all time called All Might. Midoriya idolizes him so much that he himself vows to become a superhero one day. The only way you can become a superhero is by attending a superhero school such as U.A. High School the most prestigious school. Midoriya sadly doesn’t have a quirk so how can he even attend a superhero school let alone become a superhero? That all changes when he meets All Might in person on one dramatic day and then finds out there is a way to gain a quirk from his idol so that he can finally attend U.A. High School to become a superhero. My Hero Academia currently has 4 seasons with a total of 88 episodes

Where to watch: Hulu, Funimation, Crunchyroll 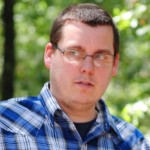