After six films, Sony goes back to the drawing board with a new adaptation to the Resident Evil franchise. Directed by newcomer Johannes Roberts, the film was promised to be more faithful to the original games than the previous films. Rather than be a pure action film, Resident Evil: Welcome to Raccoon City went more into the horror elements that made the games so successful. The question is, did it deliver on those promises? In some ways it has, but there are certainly some problems that came with this interpretation of the popular franchise.

The story of Resident Evil: Welcome to Raccoon City covers the first two games in the series as we are dealt with two different storylines happening at the same time during the collapse of Raccoon City after the outbreak. The first portion follows the exploits of the BRAVO team consisting of Chris Redfield (Robbie Amell), Jill Valentine (Hannah John-Kamen), and Albert Wesker (Tom Hopper) as they’re sent to the Spencer Mansion to investigate. The second story focuses on Claire Redfield (Kaya Scodelario) and rookie cop Leon Kennedy (Avan Jogia) as they search for a way out of town before it gets blown up. As these two stories start to converge, we get to learn a bit about the Umbrella Corporation and its role in Raccoon City’s demise as it falls under a zombie outbreak. We also get a bit of background with some of our characters, especially with the Redfield siblings and their connection with the infamous corporation. 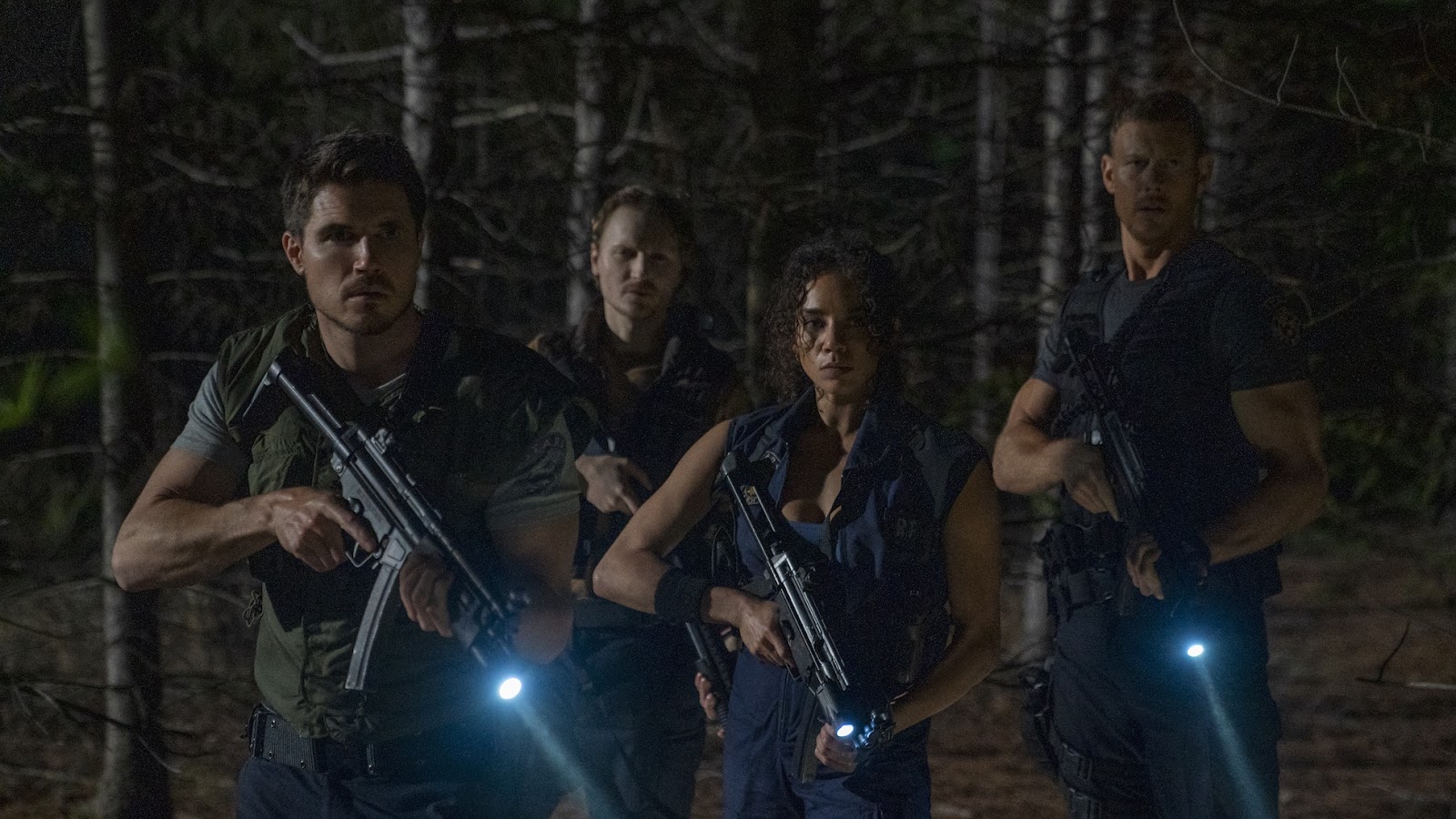 With this big cast, we do get some stellar performances on screen that mostly match their video game characters. However, that doesn’t mean that these characters work well on film, especially with Jogia’s portrayal of Leon. There is absolutely no problem with his performance, it was just the way Leon was written. He comes off as a little annoying in most of his scenes due to his incompetence or unawareness of what’s happening. His background may have some changes, but he still is fresh on the job as the second game. It’s alright if he comes off as only inexperienced, but sometimes the jokes don’t mix well with the horror aspects that the film tries to go for. Even Scodelario’s role as Claire kind of feels like a one-note character when in the games, she is more multi-dimensional when it comes to emotion.

Perhaps the biggest gripe with the film is that it feels very rushed when you combine plot points from the first two games together into a single movie. It packs in a lot of content in the amount of time the movie had. What fans would enjoy is the fact that most of the scenes were pulled out from the games, so it’ll be easy to spot these key moments out. It seems like the director tried to deviate from what previous films did and made a feature that paid respect to the games. However, that may have worked if the film only focused on just one of the games instead of putting everything into one movie. Because of what we got, it may explain why the final cut gave us a rushed third act. 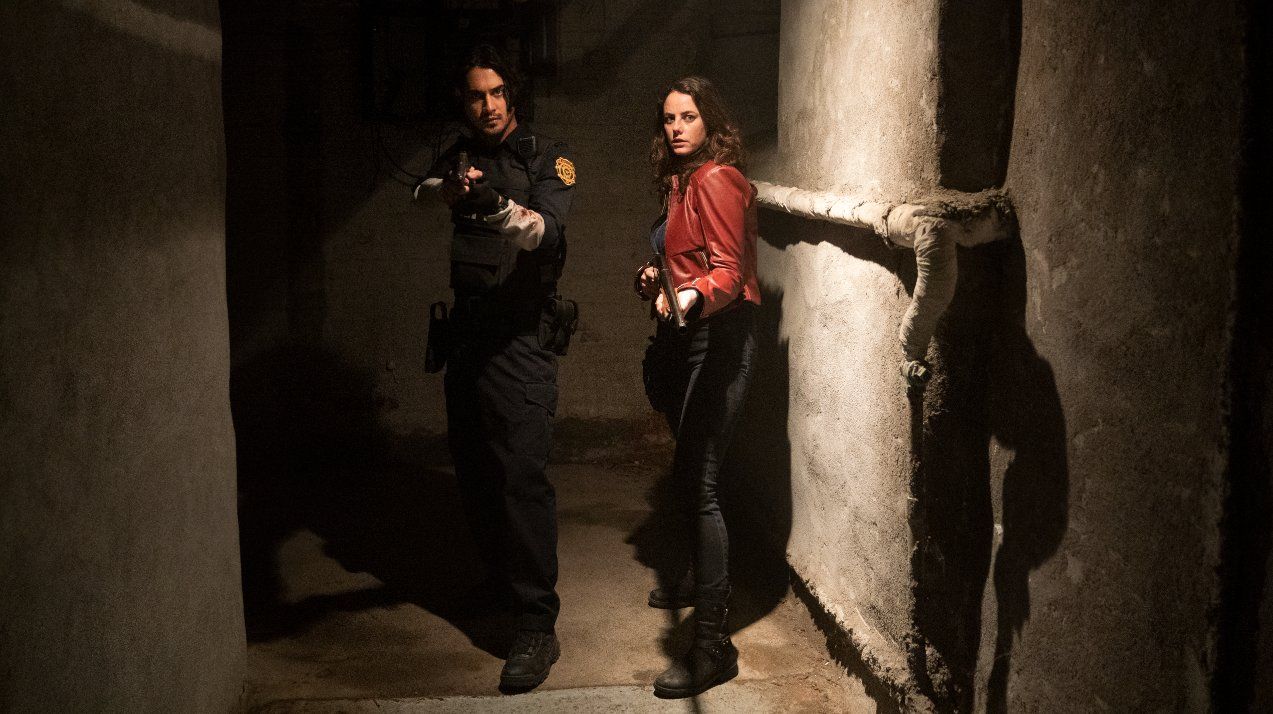 What truly worked is the setting of the film, which was also pulled from the games. When you see Raccoon City, you truly see a town that is in the midst of collapsing due to the efforts of the Umbrella Corporation. The whole feel and atmosphere of the cinematography really bring Raccoon City alive. If we had a lot more shots in the film, we would’ve gotten a chance to know this fictional town. We also get some key locations making their way into live-action like the police station and the orphanage from the games. We see what is left of these places due to the city’s economic structure that was affected by the outbreak. It’s a clever way to set the tone for the film.

It wouldn’t be a Resident Evil movie without zombies, which we get plenty of as well as some other undead creatures in the night. Even the action felt very intense with our characters trying to survive. The CGI does need some work as it’s quite easy to tell when it’s being used on film. That could be due to the film’s budget, especially with how much zombie action we got. It was nice to see certain key characters make appearances, like the tragic patient Lisa Trevor. The film does explore the backstory of her character and the inhumane experiments that were conducted on her. We don’t get to spend too much time with her, which may disappoint some fans of the remake. 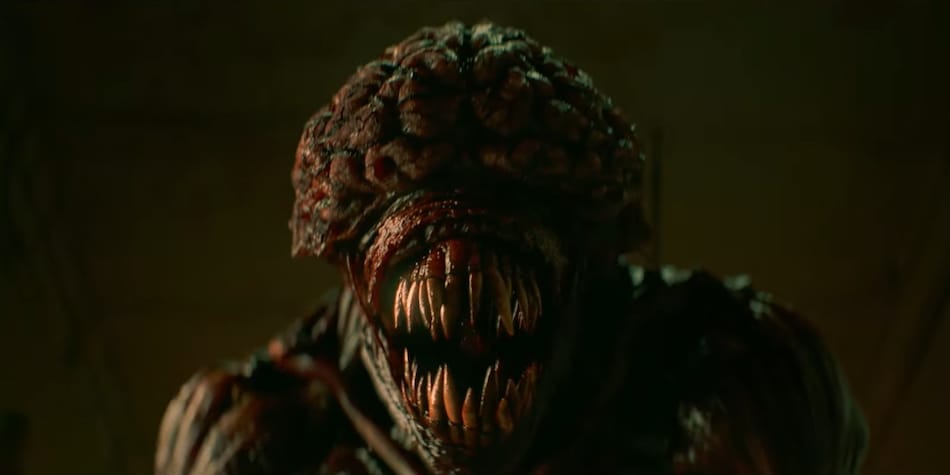 Once we get close to the end of the film, we see the town as it full gets infested with zombies. We get a horde of them at the police station as well as the mansion, but it would’ve been great to see the undead taking over the entire town. Even though the games felt tighter with their claustrophobic settings, this would’ve been a great opportunity to explore how much damage was done to Raccoon City. It is also great that the film sticks to the timeline of the games by staying in the late 90s when we get certain references to that era with low-rate cellphones and antenna TVs.

Resident Evil: Welcome to Raccoon City was a decent film that went into more B-movie territory with its horror and cheesy dialogues. This isn’t considered the worst adaptation to the video game series, not by a long shot. However, so much could be done to make this a good experience for fans of the games and newcomers. Roberts does get some respect for using more of the source material into the film than the previous adaptation. The film ultimately suffers from a shorter runtime, a rushed story, and not going the extra mile with the horror elements from the franchise. There are certainly tons of Easter eggs and references to find for true fans of the Resident Evil games. Despite it being a complicated adaptation, this still is a fun thrill ride to experience.