Ghostbusters has had an interesting journey as a franchise with a decent sequel and an under-performing 2016 reboot with a female cast. The last good sequel wasn’t even a movie, it was a video game that also came out in 2016 featuring the original cast. With Ghostbusters: Afterlife, audiences may keep their expectations low before watching it. After finally seeing the film, we can relax knowing that director Jason Reitman pulled off the impossible with a breath of fresh air by respecting his father Ivan’s vision while offering a new story.

When the film opens up, we find out that Ghostbusters member Egon (Harold Ramis) has hung up his proton pack and hid away in a small town in Oklahoma preparing ghost traps at an old farmhouse for what could be a new danger lurking. It seems like the rest of the gang have been forgotten, leaving Egon’s daughter Callie (Carrie Coon) to pick up what’s left of her estranged father after hearing about his passing. Taking her kids Trevor (Finn Wolfhard) and Phoebe (McKenna Grace), the Spengler family travel to Egon’s last residence for what could possibly be a family inheritance, but end up finding more than they bargained for. 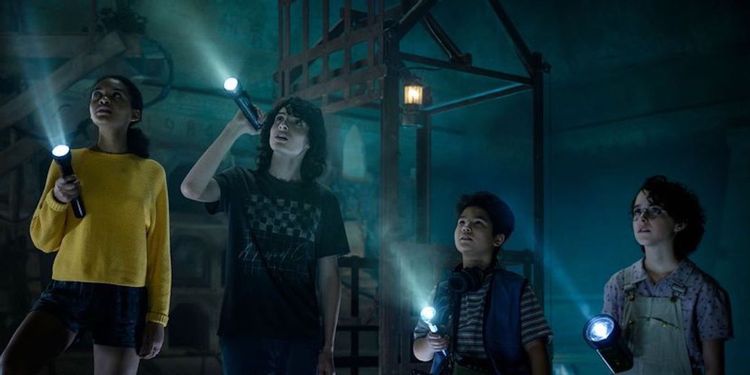 The kids find some old gear from their grandpa once they do some exploring around the old farmhouse as they uncover a long-forgotten history connected to the famed Ghostbusters. Trevor is only trying to live life as a teen as he gets to know the town of Summerville while science genius Phoebe attempts to learn more about this new place and why it’s a dead zone and the cause of some mysterious seismic tremors. Phoebe shares her findings with her new teacher Mr. Grooberson (Paul Rudd), who just happens to be a fanboy when it comes to the Ghostbusters and their equipment. Joining them is Phoebe’s new classmate Podcast (Logan Kim), who believes that the supernatural may be at work here. Trevor tries to fit into this uninteresting town as he befriends and charms the rebellious and confident Lucky (Celeste O’Connor). He also happens to stumble upon a dusty old Cadillac out in the barn that seems to be familiar…

Ghostbusters: Afterlife leans in on nostalgia when it comes to showcasing all the familiar gadgets from the first two films and the connection to the once-popular team of ghost hunters. What the new film does right is remaining true to the franchise without changing much of anything. The tone of it feels somewhat similar to the 80s era of Spielberg films, which works well for this kind of movie. Everything in the town and even the sets can throw you back to the 80s as these characters discover something isn’t right in their town. It’s the sense of adventure and magic that draws the audience to this world thanks to the practical effects used here and it doesn’t rely too much on CGI to tell a compelling story about family. 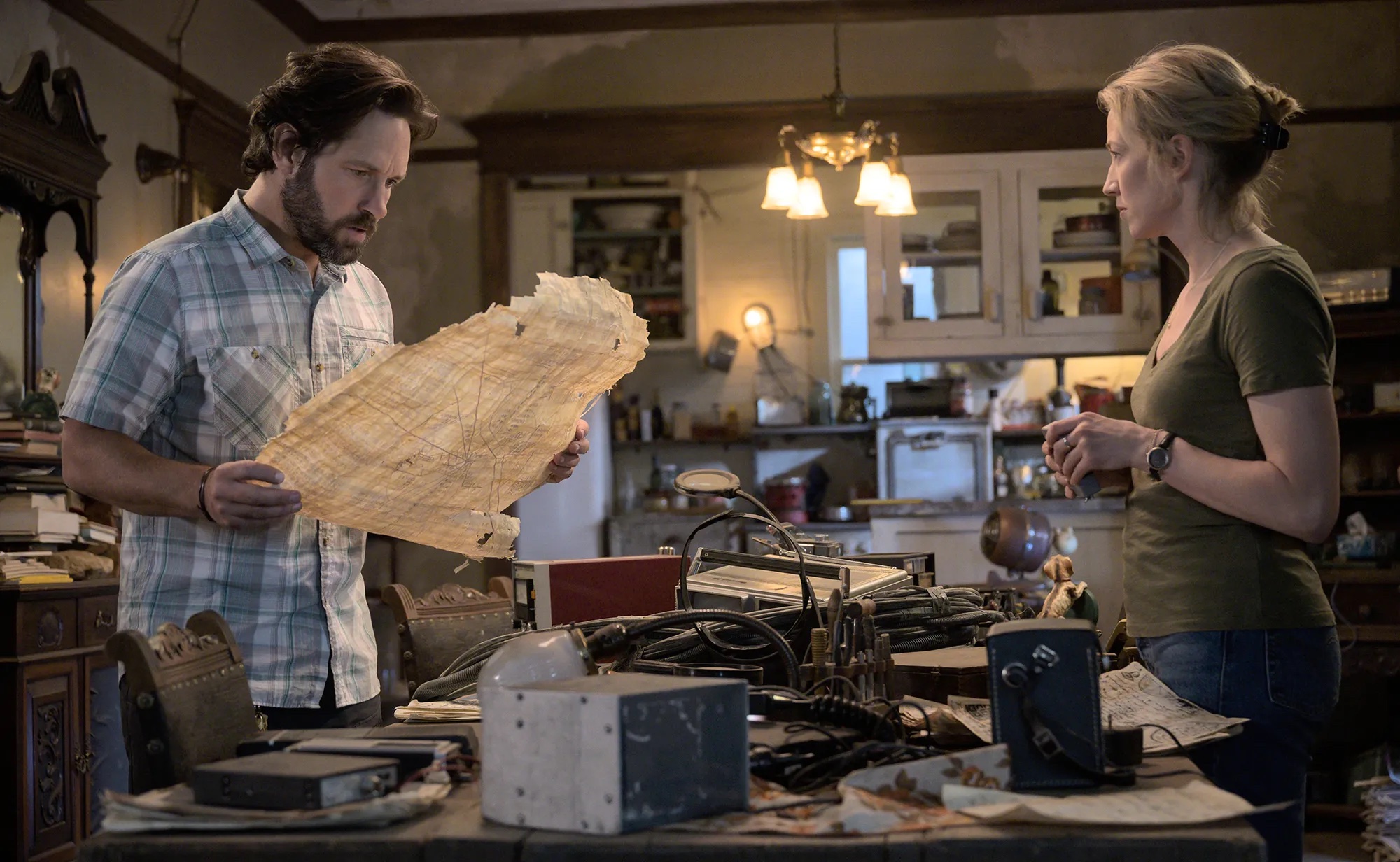 Some of the cast really make the film work thanks to Jason’s interest in investing in these characters. Paul Rudd gives fans of the original someone to connect with who has liked the Ghostbusters. His comedic chops really put in the humor as a guy who loves science and blowing stuff up. Kim also has some funny material to work within his scenes with McKenna as he tries to impress her as well as getting some good material for his unknown podcast. Speaking of McKenna, she surprises us here with her serious demeanor as well as being herself without changing who she is. She draws parallels to Harold Ramis’ character, which is a nice connection as they both had a fondness for science. Even Coon brings in some good material as a concerned parent who is only trying to understand why her late father never spend any time with her. Wolfhard portrays the typical teen who is trying to adapt to his new surroundings in a new town, which is different from his roles on similar-themed fare like Stranger Things. 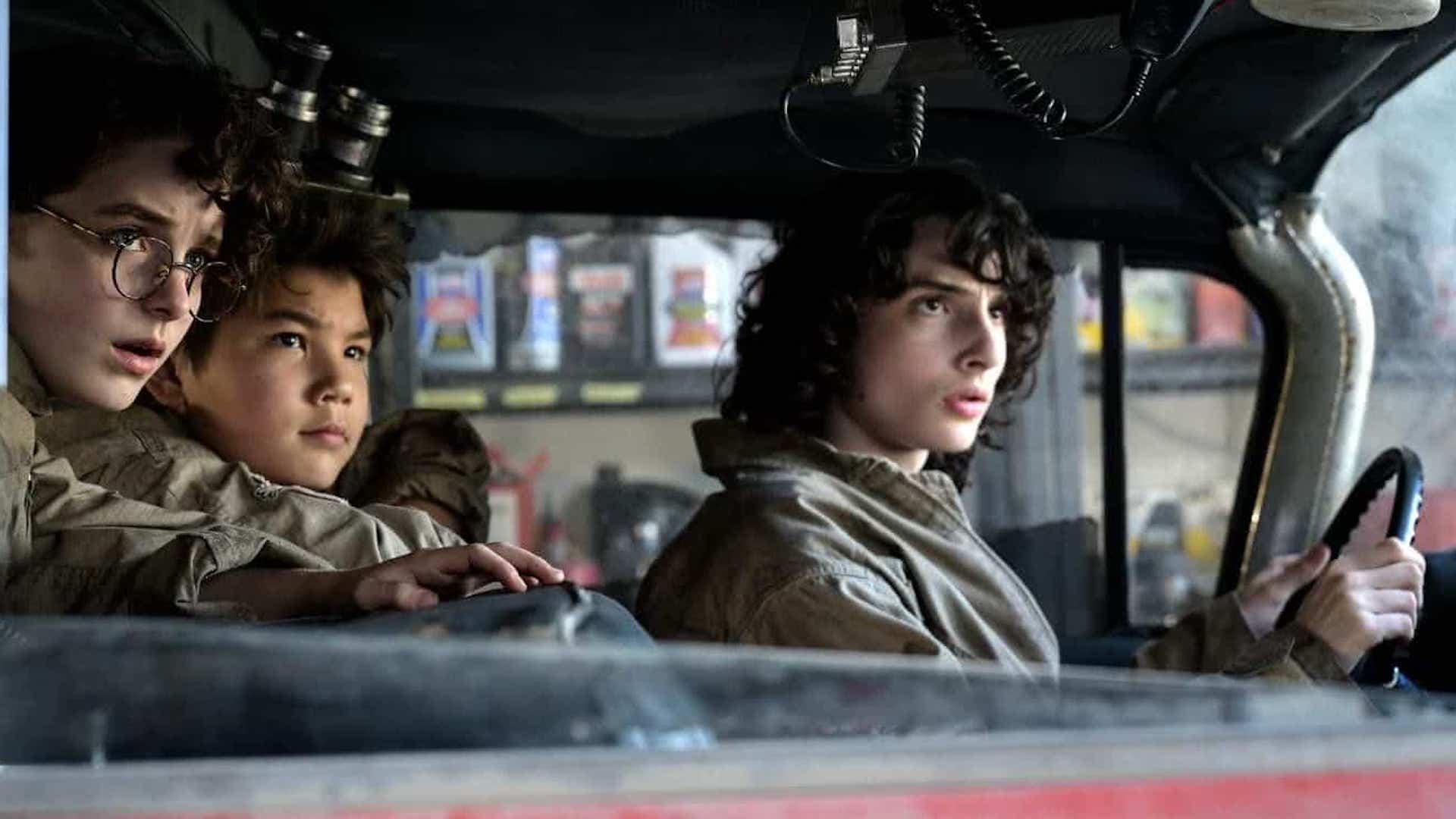 There are definitely some surprise cameos that serve a purpose in the story. How that all comes to fruition is revealed in the movie, but it works perfectly with what’s happening plot-wise. They don’t take too much screen time, which is good so it doesn’t overshadow the new cast. There are also some nice Easter eggs to look out for, which is fun for fans of the originals to find along with some familiar ghosts of the past. The themes we get here are finding yourself, forgiving the past, getting peace, and embracing where you come from. There’s also a big payoff once you stay till the end of the credits, which opens some doors to what the franchise can do afterward.

Ghostbusters: Afterlife manages to mix in some nostalgia while also telling a fresh story for a new generation. The film relaunches the beloved franchise by paying respect to the original. There’s a lot of heart in the feature and some fun to be had with these characters. From start to finish, this new film is great for both old and new fans of the series. The movie does its job well in revitalizing the franchise by giving fans what they want while introducing this fantastic world to a brand new audience.

Ghostbusters: Afterlife will be arriving exclusively in theaters on November 19.