Disaster films have been a forte for filmmaker Roland Emmerich, who’s had big hits when it came to that genre like Independence Day, The Day After Tomorrow, and 2012. The director returns to what he’s known for with his latest offering Moonfall, a sci-fi disaster film that spells big budget sequences that come associated with a movie like this. While it may look all grandiose, Emmerich’s Moonfall, unfortunately, won’t be as memorable as his past work. After seeing Moonfall, the film feels like a bundled-up mess that doesn’t seem like the pieces don’t fit together nicely.

The premise of the film may sound familiar to those who have seen a lot of Emmerich’s earlier work in his library of disaster flicks. Moonfall shows a scenario where the moon ends up being knocked out of orbit and goes on a collision course with Earth. With humanity on the brink of extinction, the only ones who are capable of saving the human race are a pair of astronauts and a conspiracy theorist. What we get here is a culmination of a bunch of films that Emmerich has directed, all put into one movie. The trailer makes Moonfall a thrill ride of epic proportions, but what ends up on screen isn’t exactly what audiences will get. 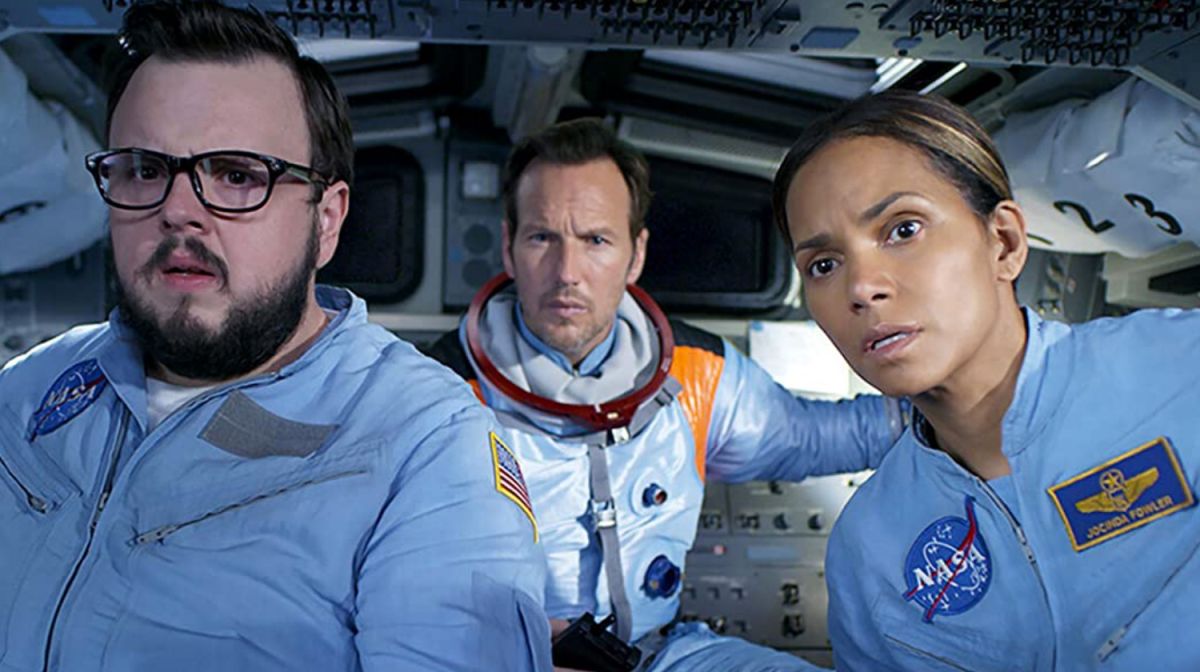 We spend much of the first hour getting introduced to our main characters. We learn about a space mission with Brian Harper (Patrick Wilson) and Jo Fowler (Halle Berry) that goes all wrong, leaving a crew member dead, with Harper left to save Jo from getting destroyed by an entity in space. Harper tries to explain what happened, but NASA doesn’t believe him and decides that the incident was due to human error. Harper is labeled as a disgrace and is left in the dust after NASA takes his job away. He ends up with a broken family and cuts ties with Jo after not sticking up for him.

We flash forward 10 years where the story’s focus goes to K.C. Houseman (John Bradley), a British-born conspiracy nut who works as a janitor at a university making ends meet and discovering about the moon’s sudden orbital shift. After this discovery, he reaches out to Brian, who now is divorced, and gives lectures at a museum in order to find a way to stop the moon from colliding with Earth. We find Jo who has risen up in the ranks of NASA and also finds out about the moon’s orbit. On top of all that, we see coastal flooding and pieces of the moon falling onto Earth as it starts to crumble. We also follow the families of some of the main characters as they try to find shelter once disaster strikes with the world resting on the shoulders of our three protagonists. 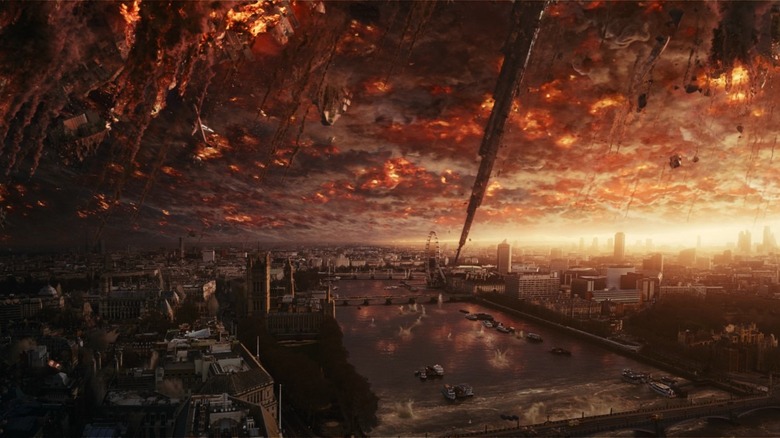 Most of Emmerich’s disaster films have been known for their incredible visual effects that perfectly show the amount of destruction taking place on Earth. Moonfall manages to pull it off with the space sequences as well as the damage being done to the planet by the moon. However, the film suffers from its shortcomings when it comes to the effects that take place on Earth. It feels like some of the wide shots of cities being demolished were put together in a rush without knowing how clunky it all looks together. It doesn’t look real when the effects are covered by fog or smoke and we hardly ever see any real danger with people on the ground other than our supporting characters. It’s only the sequences that take place outside of Earth and on the moon where the film truly shines in that department.

The story also suffers greatly during the first half of its run due to exposition. Some of these scenes that showcase the daily dilemmas that our main characters are facing just don’t connect well as they should. We see Brian trying to reconnect with his teenage son after he gets himself in trouble with the law. With Jo, she attempts to be there for her child as she juggles between working at NASA and being a single mother. There’s so much exposition going on with KC as he explains the impending doom being fallen upon Earth that it’s hard to keep interested in what’s going on before the destruction takes place. Two hours is enough runtime for a film, but Moonfall spends too much time setting up the situation by going too much into the emotional aspects of our heroes. The twist that comes in the third act would’ve been jaw-dropping if the movie didn’t spend too much time with all its setup and exposition. 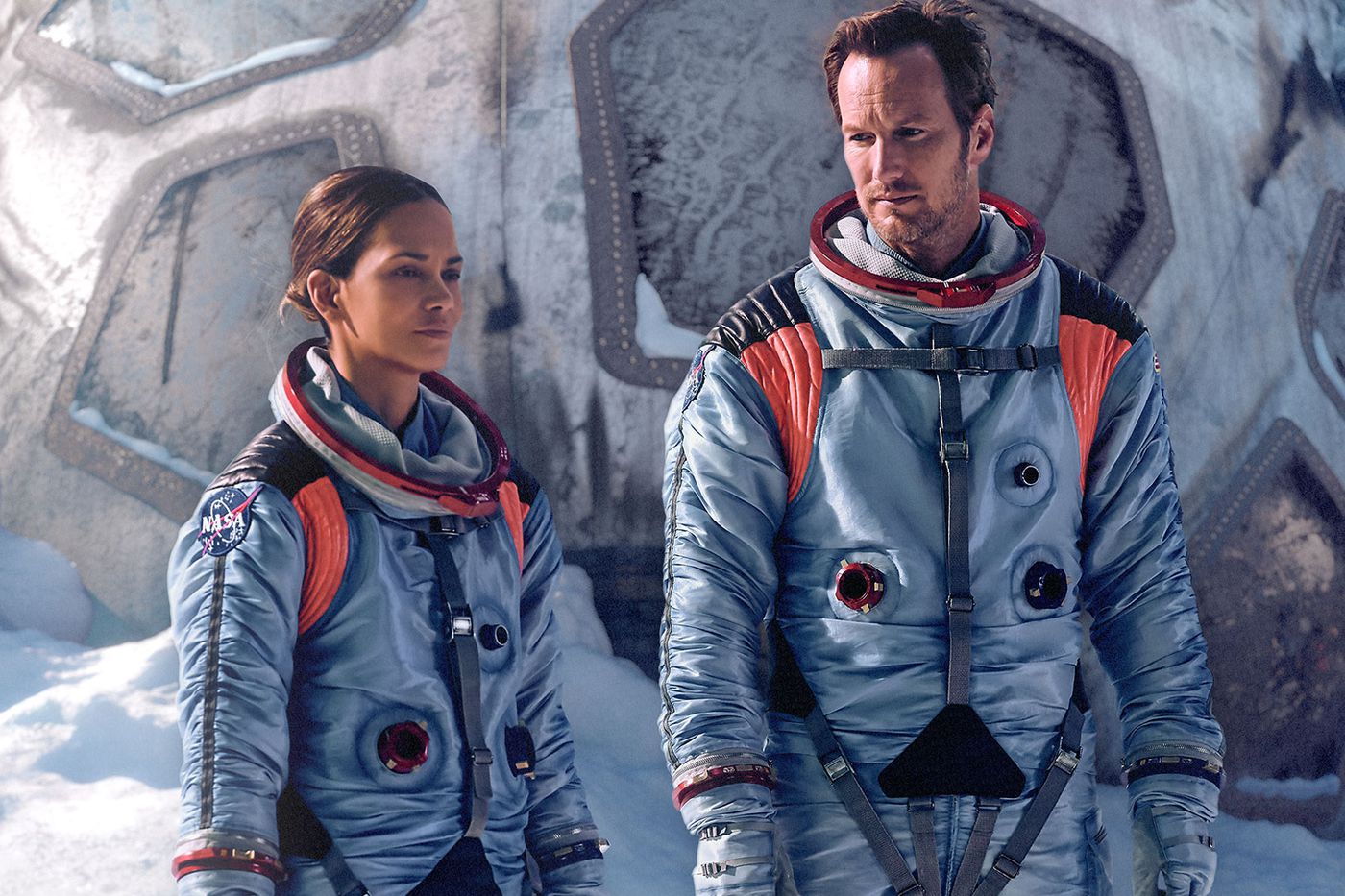 Moonfall has a stellar cast with Patrick Wilson and Halle Berry at the helm. With these two A-list talents onscreen, we would expect some top-notch performances from them. They often give it their all, but sometimes it comes up short due to the material they were given. Their banter keeps the movie entertaining for the most part, but it’s the cast surrounding them that can’t seem to keep up. However, the actor that seems to be holding the film together is John Bradley, whose character KC has great comedic timing as he attempts to prove to everyone that he is not a joke and wants to make his mother proud of him. Bradley puts in enough charm to make KC a standout character on his own without comparing him to the crazy conspiracy theorists that we are all too familiar with in this modern-day and age.

Emmerich’s latest film has some incredible action and good ideas that are good on paper but doesn’t translate well onscreen. The plot can be a bit of a mess and often feels rushed as if there wasn’t enough time to properly edit the film to make it seamless. The emotional overtones that happen in the first half of Moonfall just don’t mesh well with the Earth-shattering stakes that happen for the rest of the movie. With an impending disaster happening in the film, it feels rather small when we see only a handful of characters dealing with it. We’ve seen better disaster films than this that the director has done in the past, but it seems like he has ultimately lost his touch with creating some engaging characters on top of the incredible visual effects that make much of his films.