The Marvel Cinematic Universe continues to expand as Phase Four goes into completely new directions as audiences get introduced to Moon Knight. It is one of those shows that fans have been curious about for years since it was first announced and it has finally made its way to Disney Plus as one of Marvel’s latest offerings. As a limited series, the show embraces the weirdness of Moon Knight’s origins and makes its roots into the MCU without making any connections to tell a compelling story about a man living a complicated life. After being shown the first half of the series, Moon Knight delivers in its promise to give us a different corner of the MCU that is very intriguing and mystifying as its hero.

Moon Knight opens with an introduction to Steven Grant (Oscar Isaac), a mild-mannered gift shop employee in London who is obsessed with Egyptian mythology. Right away, audiences can tell there is more to Steven than what we are seeing. Throughout much of what’s happening in the series premiere, we learn that Steven suffers from dissociative identity disorder where he is sharing the body of host Marc Spector, a mercenary who is the vessel of Egyptian god Khonshu (voiced by F. Murray Abraham). Steven unknowingly is taken over by Marc during the night as he and Khonshu become Moon Knight to engage in vigilantism to right the wrongs to redeem Marc’s soul for his misdeeds. However, once Steven becomes aware of this double life, things take a turn as both Marc and Steven go on an adventure to stop the enigmatic Arthur Harrow (Ethan Hawke) from unleashing an unspeakable force that can cost the lives of many innocent people. 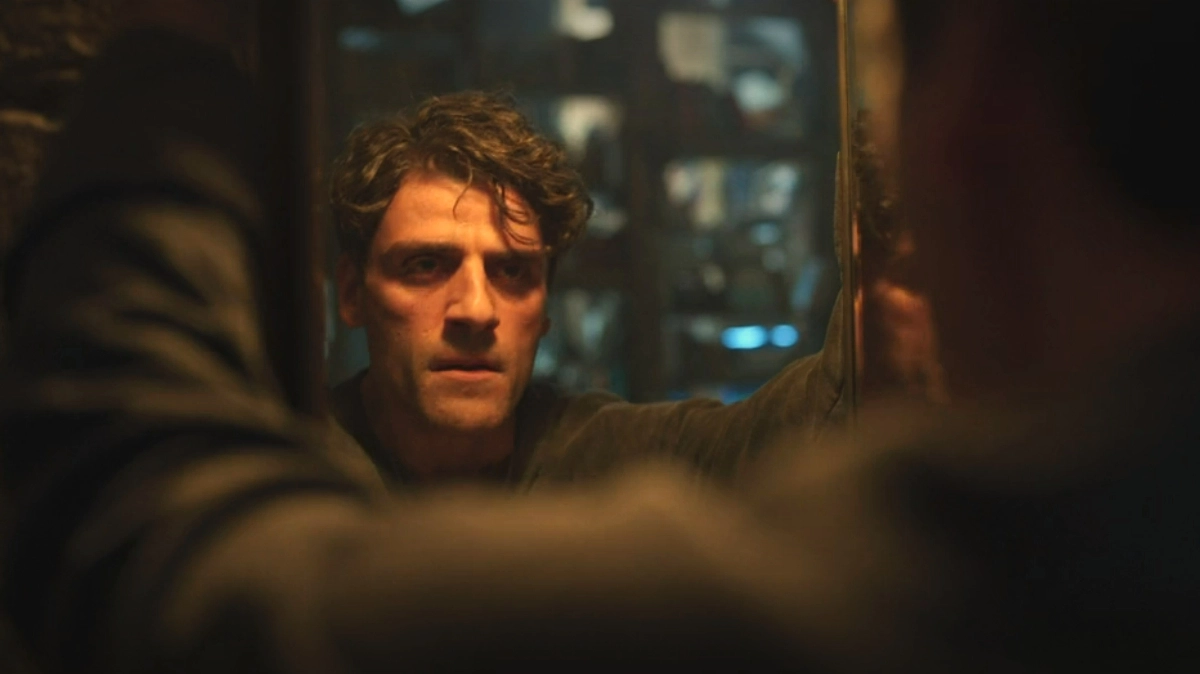 What we have in Moon Knight is a very different series from other MCU properties that leans into the dark corners of this expanding universe. What is great is how the show embraces the Egyptian roots that the main character derives from and avoids the stereotypes that come from this culture. The show feels very much like something from Indiana Jones with a mix of psychological horror when it comes to Marc Spector’s DID crisis that he faces. Even though the series doesn’t dive too deep into the mental aspects of this character in the beginning, Moon Knight does showcase the difficulties that our hero faces with this kind of dilemma that feels as realistic as it can be. We don’t get as much costumed action as we would like, but when Marc becomes Moon Knight, all hell breaks loose with the stylized action we see on screen.

The main attraction is Oscar Isaac’s performance as both Marc Spector and Steven Grant. Just the interaction we get from both characters just makes some really great entertainment. Isaac reminds us how much of a gifted performer he is on screen as he tackles different personalities that have him switching between accents which is a feat to behold. Seeing Isaac embracing the duality of this character proves why he is the real deal in Hollywood. We get to explore so much with both Grant and Spector as separate characters inhabiting one body, giving Isaac the perfect opportunity to show his acting chops off the screen. While Grant is in way over his head trying to survive his predicament, Spector is the action hero that you would expect for him to be. 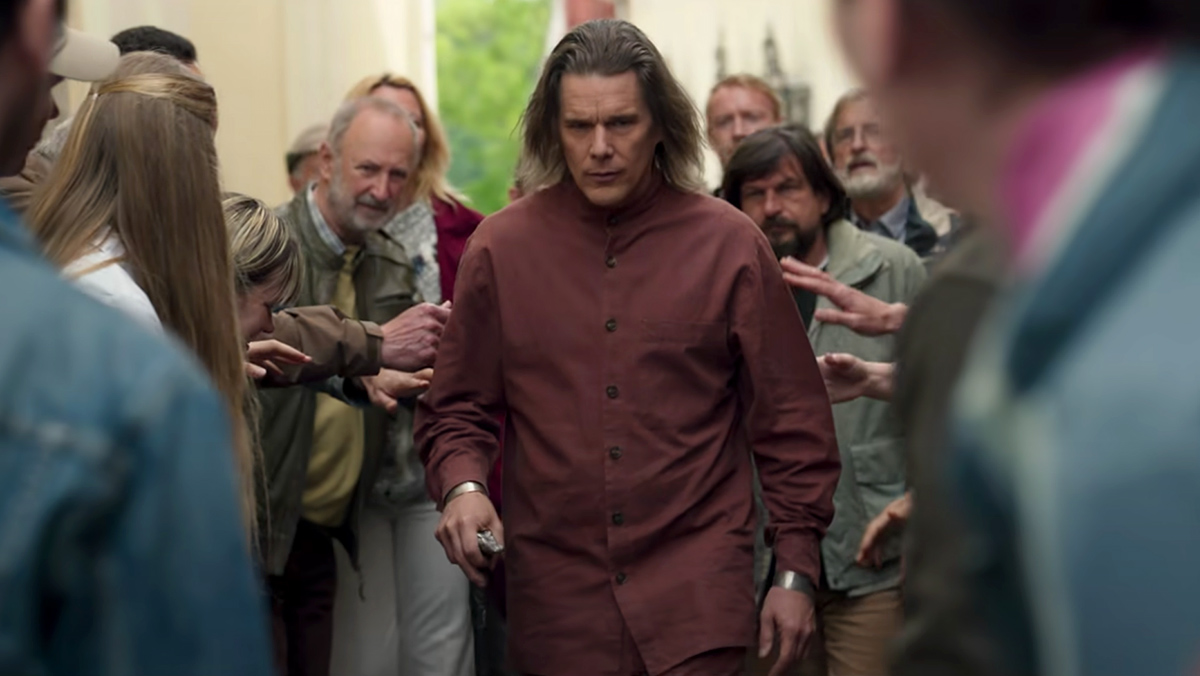 We also have to give credit to Ethan Hawke in his performance as the Big Bad. We see the motivations that make him tick and the history he has with our hero’s godly guide. He comes off as a man who sees the world that needs to get rid of the darkness that comes from everyday people by eliminating them before evil comes out of them. What Moon Knight represents is saving the innocent from those who are already corrupted by the darkness. Hawke’s character is shown to be more of a cult leader with a big following who just wants to cut out evil from the source rather than manifest itself, which he does with the power he is given that balances a person’s life scale.

With the episodes that we have seen, it seems like Moon Knight is really saving the best for last. While we do see Moon Knight kicking some serious butt with these amazing fight scenes and his arsenal, it still doesn’t quite hit that same impact as what we saw on the Marvel Netflix shows. That doesn’t mean that the show is lacking in keeping us on our toes, because it certainly does that in the first few installments. Similar to shows like WandaVision or Legion, the latest series does tend to go toward the weirdness of our character’s mind. It may not come off cinematically well like those shows, but we tend to get to that psychological space when we get to the fourth episode. It just feels like the show is only showing a fraction of what Moon Knight can really do. What is great is how the MCU is going deep into the supernatural with its horror aspects that really take viewers on a journey where danger can be at any turn and the scares just keep on coming. 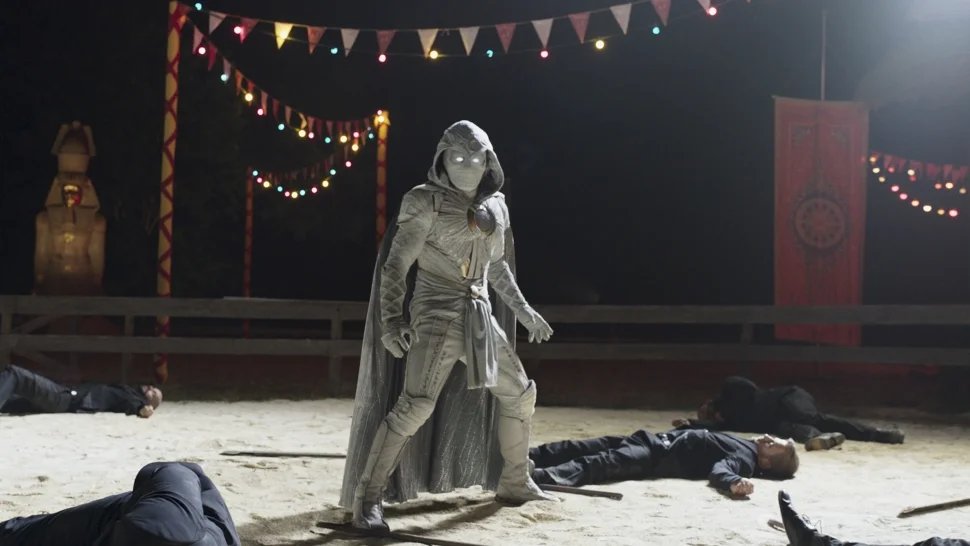 Truth be told, Moon Knight does limit itself in featuring Steven as our POV guide in the beginning. Much of what is great about the series is Oscar’s mesmerizing performance as Steven and Marc as two separate beings trying to work together to sort out their predicament. Because of its unconventional storytelling, the pacing can be a little off, but once the series truly takes off, it seems like we are getting close to getting some clarity on what is really going on. There’s also great rich history that we are getting with Moon Knight that feels authentic to the comics and Egyptian culture. Let’s hope that there are some big surprises in store as we cross to the big finale. Overall, it seems like Moon Knight will soon become everyone’s next obsession from Marvel’s growing library of streaming content.

Moon Knight debuts on Disney Plus on March 30.