All Ages of Geek  ≫  Latest News  ≫  This Just In  ≫  Video Games  ≫  Last of Us II: Discussing the way Hype and Missing the Mark can Impact a Game

Last of Us II: Discussing the way Hype and Missing the Mark can Impact a Game

In many cases when we wait a long time for a sequel to something it’s almost never as good as the first. I believe it’s the general need and want for the product to come out as soon as possible and when it takes a long time hype can get out of hand.  We can end up creating these grand expectations that can’t possibly be filled because we want it so badly. A prime example of this is the last of us and the last of us part II and while I don’t think part II was handled well at all the hype for it certainly did not help. So let’s discuss what worked and what didn’t, what exceeded expectations and what severely faltered.

I don’t think it can be stated enough but The Last of Us part II is a beautifully looking game, from the characters to the environments this aspected knocked it out of the park and then some. The sound design and score are incredible and generally gets your heart pumping when it needs to and can make you mad, happy or very sad when you hit those pivotal moments or when you’re just enjoying the little one’s. The voice acting and mocap work is top notch and you can see that a lot of love and hard work at least on the actors’ parts went into them. Gameplay isn’t very groundbreaking and not much different than the first game, glamored up with more brutal cinematics and a rope mechanic doesn’t change the fact that it’s pretty much the same and not much effort or thought went into it. Finally the thing this game is most lacking in is the story which the previous game is most renound for, when you take a game this is as beautifully done and full of emotion and turn it into a dark, gritty and sad murder fest then I think in all aspects you didn’t understand the first game and have already failed.

While the last of us II has many great things going for it it could not possibly live up to the hype that was placed around it. On top of that when your games just feel hollow or as a way to simply push an agenda then you’ve already failed in creating a better world because there is no love only what you deem worthy. While fans may have demanded an incredible game that couldn’t be matched I find it astounding just how off the mark this game was. In terms of being divisive, I haven’t seen fans be this angry or just dumbfounded by how much this game would get wrong in terms of story and gameplay. While hype can and always will ultimately destroy a game because it can never live up it feels worse when it seems there was not even an attempt to reach those heights.  Thank you for reading and I’d love to hear what all of you think of this game. 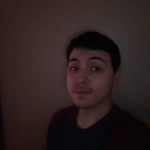