Get Backers: Dusting Off A Forgotten Series

Greetings fellow anime and manga fans, tis I, CuriousCat-13, with the beginning of a new series. I’d like to call it The Underrated Vault. To make a long story short, I’ll be talking about a variety of anime and manga series that I believe are criminally underrated, to draw in more fans that would find some enjoyment in reading and watching them. To start this series off, I want to talk about one of my absolute favorites (that I got into about nine years ago): Get Backers. I will mainly be talking about the first episode just for the sake of not having this article run too long (believe me, there would be a TON for me to cover), and I want anyone who is interested to check out the whole series themselves.

The Story and Characters

Originally a manga series, Get Backers started back in 1999 and ended in 2007, during that time (near the end of 2002) the manga was adapted into a 49 episode anime series. Both adaptations were well-received at the time. The series follows two people, Ginji Amano and Ban Mido, that run a relatively successful recovery service; if it was lost or stolen, they will get it back for their client. They’ve recovered a variety of things, even pieces of an incomplete atomic bomb (which was a very stressful job).

Both possess some pretty incredible abilities that really come in handy when things get hairy. Ginji is able to generate electricity from his body (kinda like an electric eel), while Ban has two abilities: he has a 200 Kilogram force-grip (known as the Snake Bite) and possesses the Evil Eye (also known as the Jagan), which makes anyone see a variety of visions for a full minute when they make eye-contact with him; the only downsides of this ability is that Ban can only use it up to three times every 24 hours and can’t use it on the same person twice for those 24 hours (there would be severe consequences if he broke those rules).

While these two, with their incredible abilities, have a 100 percent success rate with their jobs, they have some of the worst luck when it comes to money. In other words, they’re constantly living in their car (which is its own character, like the Impala from Supernatural) and are building up a massive tab at a character of a cafe: The Honky Tonk. They spend most of their time there waiting for clients and annoy the owner Paul, to wait for customers to walk in or for their negotiator, Hevn, to bring in well-paying clients to give them work. While Hevn can be seen as your typical fan-service character, she can hold her own in a small fight and has an interesting background. She does give the Get Backers plenty of sass, but she put a ton of faith in them to complete any job she finds for them. It might not seem like the most financially stable job, Ban and Ginji take great pride in what they do, even when a job ends up being more trouble than they originally anticipated.

On occasion, they’ll run into some familiar faces, some that are friends and some that are more on the fence in terms of friendship. These faces vary from “Threadmaster” Kazuki to “Beastmaster” Shido, who have a somewhat decent relationship with the Get Backers. They’re mainly friends with Ginji, given that they were part of one of the nastiest street gangs, “The Volts,” led by Ginji himself (which was very surprising given how gentle and heart-warming he is). Then you have the very questionable “on the fence” characters like Kuroudo Akabane aka “Dr. Jackal.” Dr. Jackal is definitely one of the more interesting minor characters in both the manga and anime, there’s just no telling when and where he’s going to make his move to ruin someone’s day. Another minor character that occasionally shows up is Himiko Kudou, also known as “Lady Poison,” who has an interesting and somewhat complex history with Ban (for the sake of spoilers I won’t reveal what that is). There are a number of other secondary and minor characters throughout the series, but I’ll give you this small handful, just to give you a small appetizer.

What I love the most about Ban and Ginji is their relationship, both work and personal. Even at the beginning of the series, you can tell that these two have been through a lot. There are plenty of wholesome moments that you would see between close friends, but there are also moments that either break your heart or make you question what direction their moral compasses point at. While Ginji is more likely to search for a more peaceful resolution to a situation, Ban is the type that won’t hesitate to turn to more extreme measures (as long as Ginji isn’t around). I would say that the best word to describe their relationship is “soulmates,” not necessarily in a romantic way, but just at the border between friends and lovers.

The series starts off with a beautiful shot moving through Shinjuku, Tokyo as the morning sun makes its way above the skyscrapers, there’s also a massive building towering over the area, but that won’t come into play for at least another ten episodes. As the scene transitions through the area, we pause at a park where a small car (to be more specific a vanilla-colored Subaru 360) is parked with homemade signs on it. Inside are our protagonists sleeping, which, as brought up before, gives us a very good idea as to what their living conditions are like. After they wake up and start their car (Little Miss Ladybug), the scene makes a transition to nighttime, where we meet one of our regular secondary characters, Natsumi Mizuki, running home. During her travel, Natsumi takes a shortcut through an alleyway, which is not the best move for a high school girl to make, especially since she unintentionally catches the attention of a corrupt officer selling information to the Yakuza. After the struggle, Natsumi escapes but the officer grabs one of the cat keychains on her bag.

Mourning her loss, Natsumi makes a visit to the Honky Tonk (after hearing about the Get Backers from her friends) to meet the recovery service. At first, it looks like they won’t take her case, but after hearing her story and pleas (and Paul guilt-tripping Ban), Ban and Ginji accept her job. It takes some trial and error, but the invincible duo completes the assignment and retrieves Natsumi’s keychain. At the end of the episode, Ban and Ginji walk into the Honky Tonk to find out that Natsumi now works part-time there, marking the start of her being a recurring character throughout the series.

Out of all the first/pilot episodes in every anime series, Get Backers definitely has one of my favorites. It’s simple, gives you a nice introduction to the main characters, and some of the secondary characters, without giving away everything. You’re not overwhelmed with too much information and you’re left wanting to learn more about the story and the characters. 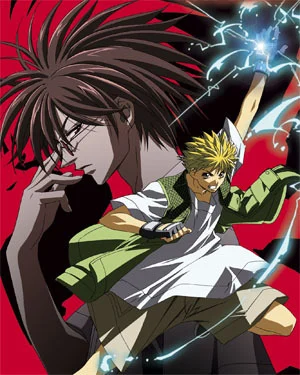 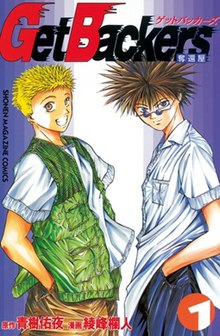 My Thoughts on The Anime and The Series as a Whole

Overall, I really enjoy the anime version of Get Backers, despite only being a 49 episode series that didn’t cover all of the events in the manga. Sure, there are some animation errors (i.e. some scenes where Ginji’s trademark gloves are missing one second then reappear the next second) and the English voice-acting can be weird and awkward during some scenes, but I’ll forever stand at its side. There are also events involving certain characters that differ from the original manga. For example, Natsumi’s backstory (with her meeting Ban and Ginji) doesn’t get brought up until much, much later (somewhere around volume 27) and it’s a vastly different story than what the anime gives us. There are even a vast number of characters that you wouldn’t know existed unless you read the manga (I was very impressed with the designs of a number of these manga-exclusive characters).

Given how much animation has improved over the years (although there are anime series from way back that are still beautifully animated), I would love to see either a continuation of the series (from where it left off at the end of episode 49) or a complete reboot of the series with improved animation that covers the entire manga. If they can do this with Sorcerous Stabber Orphen (which was rebooted in celebration of its 25th anniversary), then why not Get Backers? It would be the perfect opportunity to get new people to join and rebuild the community.

While I have yet to finish reading the manga, I have to say that it is one of my absolute favorites. Whether it’s the way the characters are drawn or the action scenes, there are plenty of moments where I take the time to just stare at the pages; heck, the Jagan scenes are much more intense in the manga and they’re their own masterpiece. Like every manga series, it’s always enjoyable to see the creator’s are style improve as the series goes on, and Get Backers is no different. Whether it was the character’s hair or the whole character, any level of improvement makes all the difference. For example, Ban’s hair started out with a stiff spiky style, but now they’re a more soft and natural spiky look. 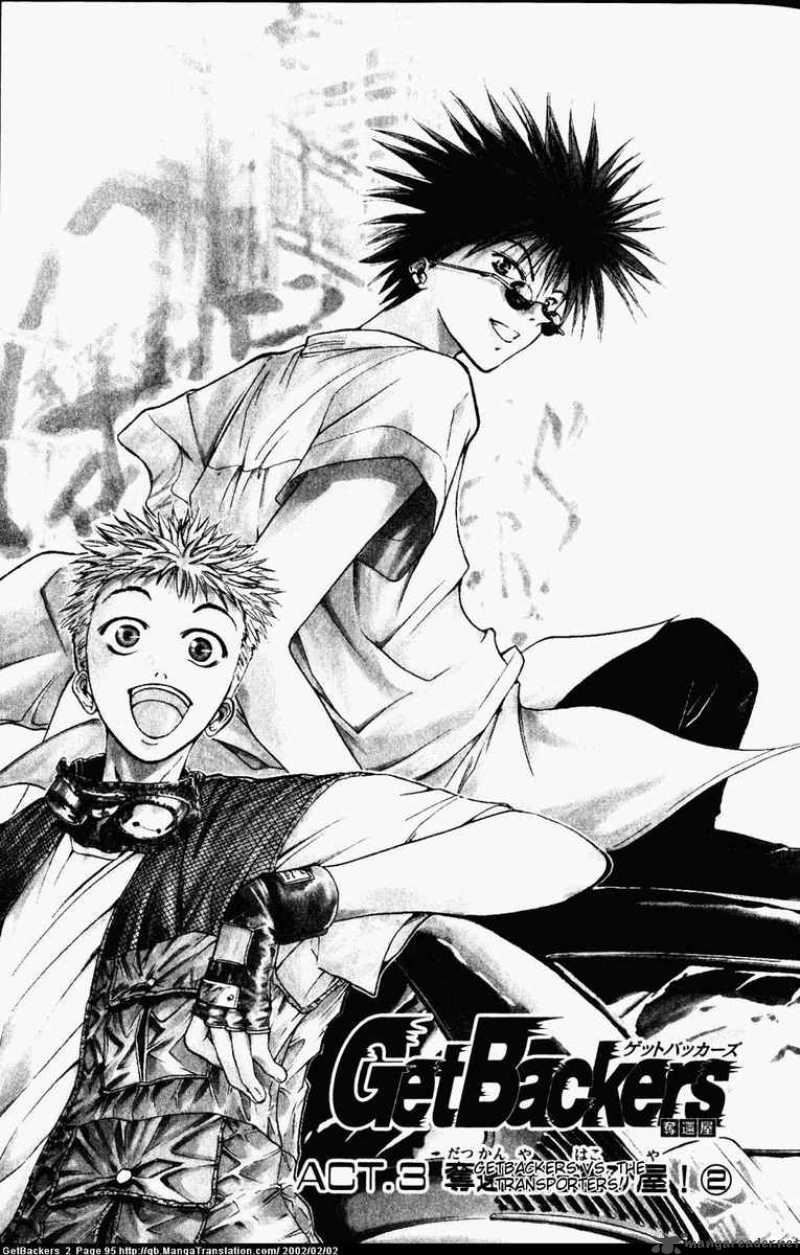 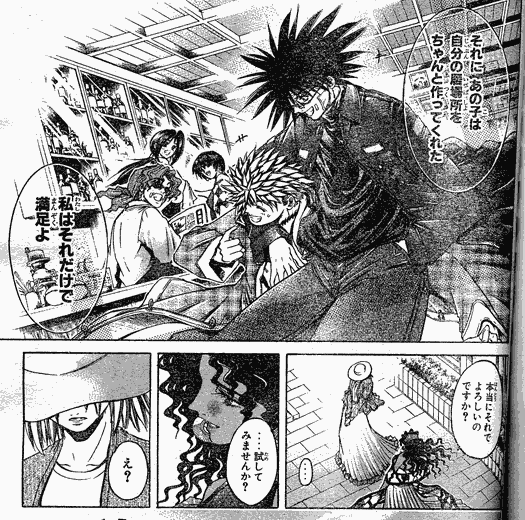 All-in-all, Get Backers is a series that, in my opinion, still holds up and has a lot to offer new viewers and readers. It has plenty of action, comedy, drama, and a pinch of romance and mystery. There is a wide variety of characters to fall in love with and watch develop into better or worse human beings. Even if you don’t feel like devoting time to watching or reading the whole series, at least read the first volume and/or watch the first episode, that is all I ask from you. Who knows, you just might’ve been recommended a hidden gem that has been hidden in the shadows of a more popular bigger series, lost in time.