There is no emotion, there is peace.

There is no ignorance, there is knowledge.

There is no passion, there is serenity.

There is no chaos, there is harmony.

There is no death, there is the Force.

I love me some Star Wars, from the creatures, the characters, the lore, the story and of course the Jedi. Who doesn’t want to be a Jedi when they were a kid? Remember the first time you watched Star Wars and how much you were in awe when you witnessed your first lightsaber duel? Or when John William’s score hits right in the perfect moment or when you got your first Star Wars toy or video game? That, my friend, is the wonderful world of Star Wars. As you can tell, I’m a fan. I love the characters and throughout the years you’ll start to have your favorites and have reasons why they mean so much to you. These are my personal Top 10 Favorite Jedi in Star Wars.

“StarKiller” made his appearance in The Force Unleashed games. Being forced sensitive, Darth Vader took the boy as his secret apprentice and personal assassin. He was ordered to hunt down Jedi Master Rahm Kota, Shaak Ti and Kazan Partus who all survived Order 66. You get to witness how powerful Starkiller really is. Whether you’re taking down a Star Destroyer, defeating Jedi Masters and even Darth Vader himself. You have the option if you want to go fully to the Dark Side or Light Side. Of course, me being me, I first went to the Light Side during my first playthrough but because it was such a fun game and the story and character were so compelling. I did another playthrough but this time, I went fully to the Dark Side. So, technically Galen Marek could either fit under the Jedi or the Sith. Plus I highly recommend playing The Force Unleashed games, you won’t regret it.

Clone: “We’re just clones, sir. We’re meant to be expendable”
Plo Koon: “Not to me”

If you watched Star Wars The Clone Wars (2008) you might recognize that scene from the show. It shows how much Plo Koon cared about his squad which really hurt me when Order 66 was initiated in Revenge of the Sith. I remember being so heartbroken watching all these Jedi Masters being taken out one by one. And Plo Koon was one of them. He left such an impact on me that I made my character in Star Wars Jedi Knight: Jedi Academy into a Kel Dor species in honor of the fallen Jedi Master. And of course, with a green lightsaber.

Ki-Adi-Mundi was one of those Jedi Masters you would make fun of, but can’t help to like him. His design is so weird that it’s cool. He was my main character I played as in Star Wars Battlefront 2 (2005) game mode Hero Assault. The scene where Order 66 was enacted. I felt so bad for him, cause he was leading a charge in Mygeeto fighting the Separatist but then his Clones turned on him. But props to him for fighting till the very end. Surprised they didn’t land a headshot…

Everyone’s favorite smiling Jedi Master Kit Fisto. You probably recognize him in a couple of scenes in Star Wars Attack On The Clones during the battle on Geonosis. The cool thing about Kit Fisto was the fact he was more of a laid back Jedi Master. Also, he was a great fighter in water and on land. But, sadly he was struck down by Palpatine during his arrest in Revenge Of The Sith. But damn, he had a great smile! Also, fun fact! He was originally designed to be a Sith Lord, but was later changed to be the character we all know and love.

Mace Windu is one of those Jedi that you automatically know he’s a badass. Then he pulls out his lightsaber and it’s purple. Why purple you asked? Well, the color of the lightsaber depends on the welder. It’s like an extension of their nature, a reflection you may say. Mace Windu has a blend of Light and Dark when he’s in combat. Forcefulness and sense of excitement when engaged in battle, you may have seen this being fully displayed in his fight with Palpatine in Revenge Of The Sith. Or actor Samuel L. Jackson just wanted a purple lightsaber. But whatever, it’s still cool!

I feel like Qui-Gon Jinn is very under-appreciated and tends to get a lot of hate from the Star Wars fandom. I personally love Qui-Gon because he knew there was corruption in the Jedi Council. They even offered him to be in the Council but declined to follow his own path. Now, that’s badass. He trained Obi-Wan, figured out how to become a Force Spirit, and he believed that Anakin was the Chosen One. And who can’t forget the amazing fight with Darth Maul in The Phantom Menace? I’ve always been a fan of Qui-Gon Jinn as a kid. I even got a green lightsaber because he had one. To carry that tradition, I set my lightsaber in Star Wars Jedi: Fallen Order to green. Plus he’s portrayed by Liam Neeson, so that’s pretty dang cool.

Everybody’s favorite angsty boy Anakin Skywalker. Not only he’s an amazing pilot, but he’s also the Chosen One. Sure, we love to make fun of his thoughts on sand, and his idea of babysitting younglings. Anakin Skywalker’s story of the boy who came from nothing to having an ego, to being a general, and eventually falling to the Dark Side. Which led to his redemption in his final moments in Return Of The Jedi. Not only he brought balance to the Force, fulfilling the Prophecy but he came back as Anakin Skywalker. But sometimes I wonder “What if Qui-Gon survived?” Would we have a completely different outcome? Would Anakin fulfill his role as being the Chosen One? Or maybe, it was the will of the Force for it to happen as it did? But that’s a completely whole new conversation.

“Fear is the path to the dark side. Fear leads to anger. Anger leads to hate. Hate leads to suffering” Those are wise words from Grand Master Yoda. Now, don’t let his size fool you this little guy can really do a lot of damage. The duel with Count Dooku in Attack Of The Clone or the duel with Palpatine in Revenge Of The Sith are just small examples of how powerful and cool Yoda is. Yoda is like that grandfather figure you’ll turn to hear stories, or take advice from. Cause they have wisdom and knowledge. He was the Master to many Jedi, including Luke Skywalker, Count Dooku, Mace Windu, and Obi-Wan Kenobi. Yoda will always be a badass in my eyes.

Who doesn’t love Obi-Wan? I don’t think I’ve ever met anybody who doesn’t love the heck out of Obi-Wan. The dude is filled with class and sass. He fights with such grace and follows the Jedi Code to a tea. I’ve had hours-long conversations about why Obi-Wan is amazing and why he’s one of the perfect Jedi in Star Wars. There are so many highlights like the fight with Jango Fett in Attack Of The Clones, the fight with General Grevious and who can’t forget the fight with Anakin in Revenge Of The Sith. There are so many memes and one-liners you can reference and people will automatically know what you’re talking about. Obi-Wan Kenobi is what every Jedi should strive to be. Plus he puts up with Anakin shenanigans, so mad respect.

To me, Luke Skywalker represents Hope. The light at the end of the tunnel, your everyday person being a hero and doing what’s good. But Luke was also flawed, and learn from his mistakes. That’s great character growth. Not only Luke put everything on the line to save his father cause he believed there was still good in him. That’s Luke Skywalker, a true Jedi. Like his father before him.

Well, that’s my list! I would love to hear about your Top 10 Jedi and what makes them great. We love to hear them! As always, May the Force be with you. 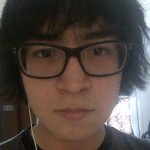 Derek Okeese is a Producer, voice over artist and host at All Ages of Geek. You can find him producing/editing a majority of All Ages of Geek content in a range of different genres (from comedy skits, gaming and long form reactions to random, funny social media videos).