The Fantastic Beasts series have always struggled with finding that piece of magic that the Harry Potter films have been known for. The prequels have tried to replicate that same feeling that audiences have had with the Wizarding World, but it ends up becoming a part of that world that isn’t as interesting as it should be. With Fantastic Beasts: The Secrets of Dumbledore, the franchise faces a more difficult challenge as Johnny Depp gets replaced by Mads Mikkelsen to take over as the main antagonist Gellert Grindelwald as well as the reputation of author JK Rowling after her questionable comments on the LGBTQ+ community. The journey for Fantastic Beasts has been a challenging one, but the latest movie seems to be going in the right direction.

Fantastic Beasts: The Secrets of Dumbledore is the third film in the five-film franchise that digs deep into the history of the Wizarding World before the events that transpired in the Harry Potter films. Now that Grindelwald (Mads Mikkelsen) is out in the open to start a war with the Muggles, Albus Dumbledore (Jude Law) can’t take him on his own due to their blood pact that they made years ago. Dumbledore ends up calling upon Newt Scamander (Eddie Redmayne) to create their own team to fight off against Grindelwald and his followers. Newt’s group consists of his brother Theseus (Callum Turner), ally and friend Jacob Kowalski (Dan Fogler), Professor Eulalie Hicks (Jessica Williams), and French wizard Yusuf Kama (William Nadylam), and Newt’s assistant Bunty Broadacre (Victoria Yeates). 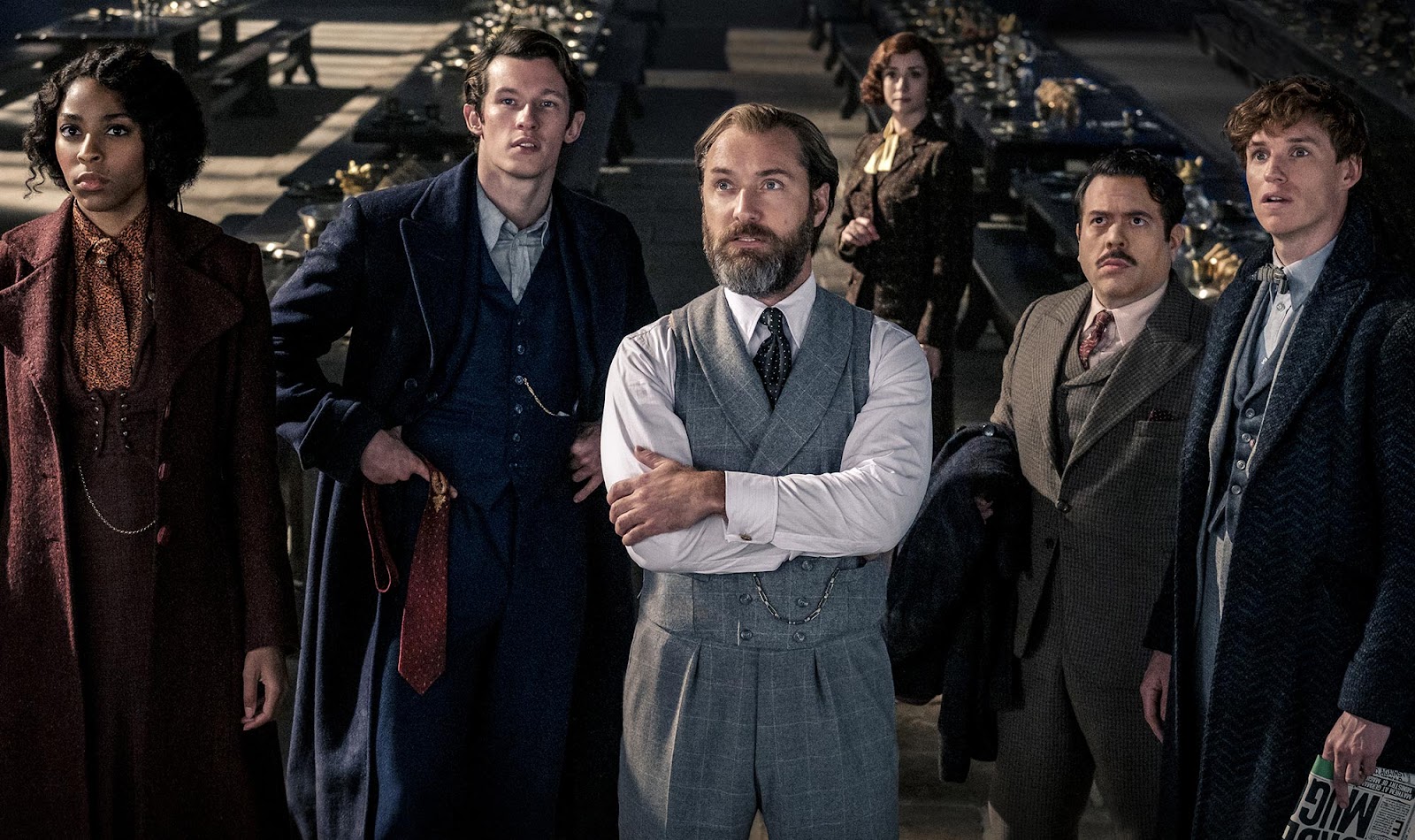 Alongside Grindelwald is Credence Barebone (Ezra Miller), who grows even more powerful as his hatred for Dumbledore increases. Rounding out his army is telepath Queenie (Alison Sudol), who abandoned Jacob to the other side after refusing to marry her once he saw her going down a dark path. With the Wizarding World on the brink of war between the wizards and the muggles, the magical realm falls in the balance to decide who will come out on top. The film also explores more into the history of Dumbledore and his relationship with Grindelwald as well as his family history including his brother Aberforth (Richard Coyle).

Fantastic Beasts: The Secrets of Dumbledore attempts to give fans a familiar feel with characters from Harry Potter lore but also tries to add a new story revolving around Newt Scamander and the many beasts to roam the Wizarding World. It is great to see Dumbledore getting a much more expanded role in the film as well as having Newt become the heart and soul of the story. We get to see a lot more of Newt and the creatures he helps along the way, something that we got to see more of in the first film as opposed to the second one. Speaking of creatures, some of them also play an important part in the narrative like the deer-like creatures known as the Qilin that determines the fate of a person just by getting close to them and seeing if they are pure of heart. 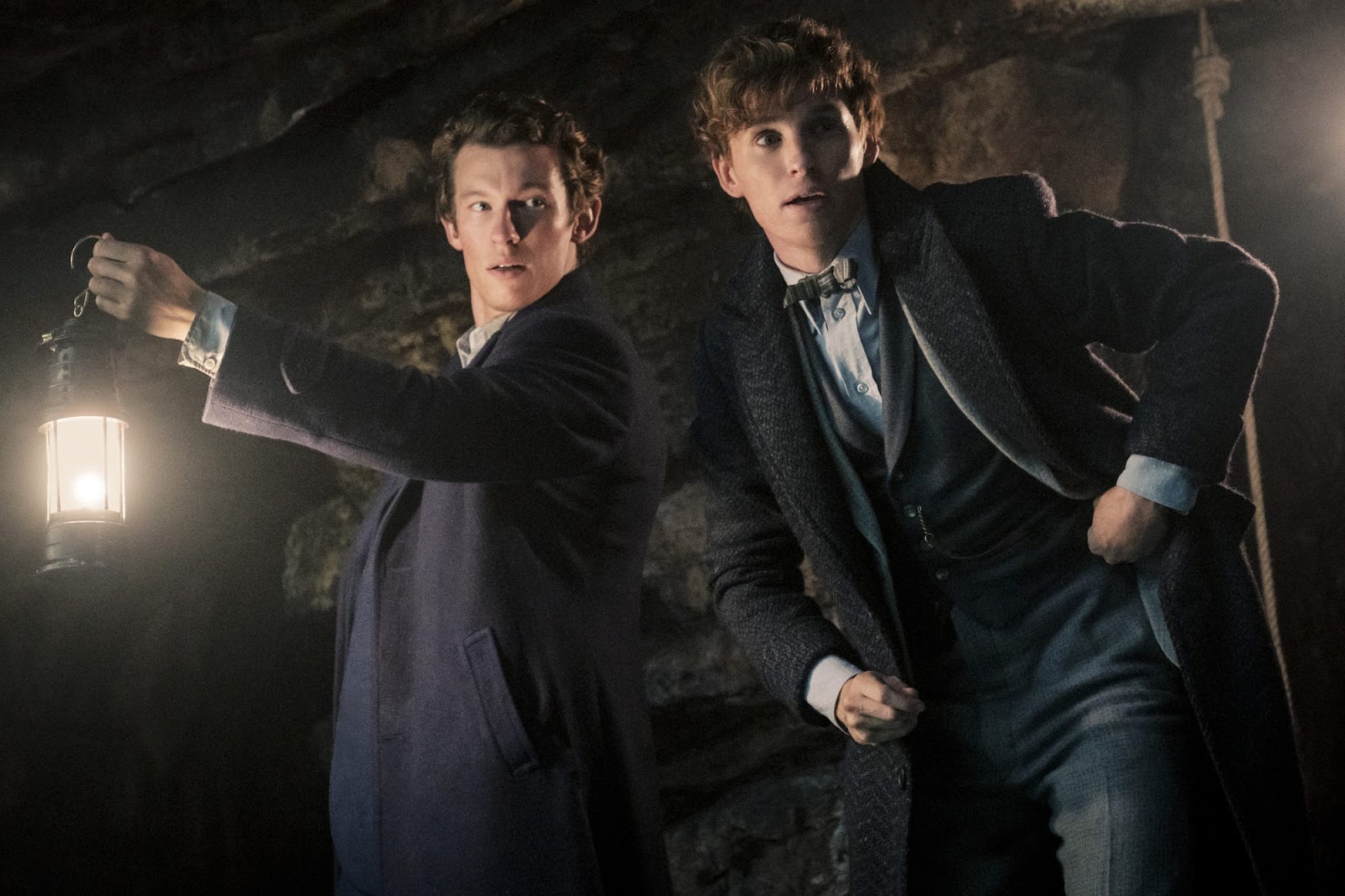 What this film does well is built off on the plotlines from the first two installments and make them more in sync with our characters. It seemed like the first two movies only introduced us to the main conflict, but Fantastic Beasts: The Secrets of Dumbledore gets audiences into the heart of the story. The latest chapter moves the story forward in ways that make it exciting to watch. With much of the setup out of the way in the first two films, The Secrets of Dumbledore can finally broaden the world and these characters into vastly different directions that make it worth investing your time in. Without too much explaining, this film gives us a chance to savor every moment with these characters and puts them in some fun and exciting situations that make it all entertaining. David Yates’ direction also gives the film some more focus and elevates some of the action-oriented scenes to give some powerful battles between our characters. Even the magical creatures that we are introduced to in the new film is dazzling to see come to life with the incredible visual effects.

Fantastic Beasts: The Secrets of Dumbledore does really well in refocusing the characters that we are accustomed to in this series and making them blossom into fascinating people to love and appreciate. Even though we get some great moments with Redmayne as Newt, it seems like he is more on the sidelines to make our other characters shine. Even Ezra Miller as Credence doesn’t become a huge part of the story after that big revelation at the end of the last film. However, Fogler becomes the heart of this story, which is what helped make this franchise really come all together. We get some hilarious moments with his character Jacob as he continues to explore the Wizarding World like mainline hero Harry Potter. Even the additions of Victoria Yeates as Bunty and Jessica Williams as Professor Hicks brought in more light-hearted moments to balance out the darker tones that the film carries. 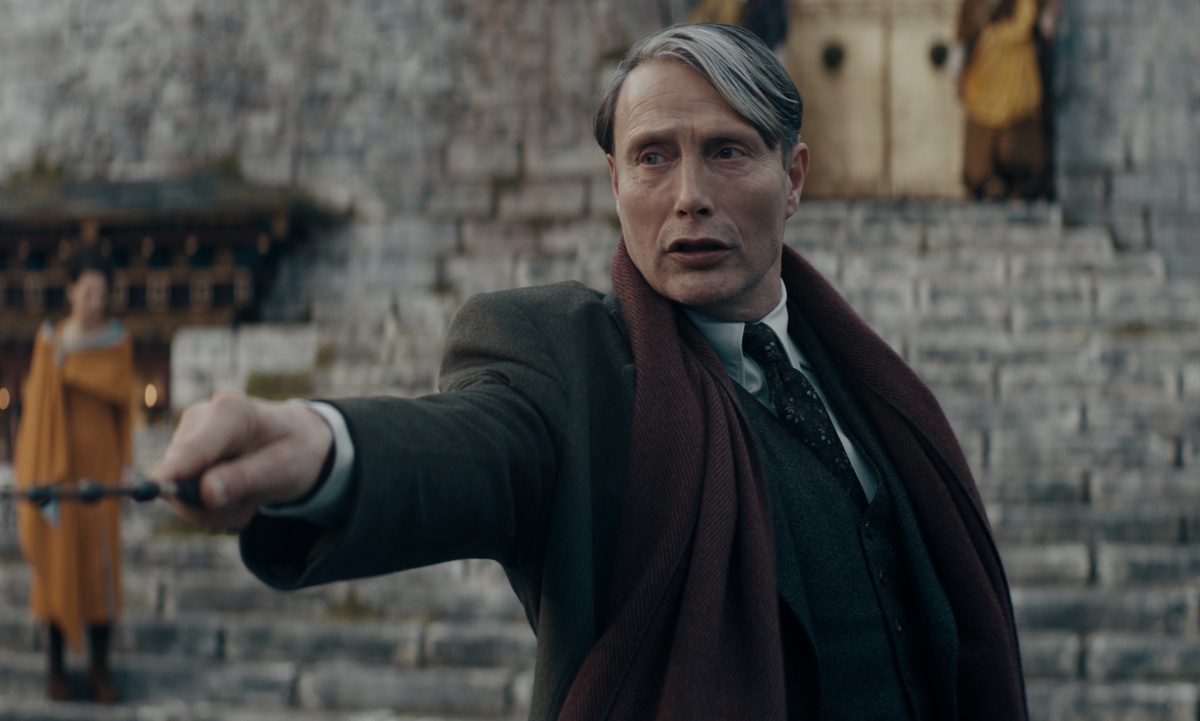 Mads Mikkelsen carried the tough task of carrying on the title of Grindelwald from the previous actor Johnny Depp. While the film didn’t go too into detail regarding his altered appearance, Mikkelsen brought in a powerful performance as a villain who made him a humble person despite his sinister intentions. It gave the audience more of a reason to care about what Grindelwald stood for and where he came from. It helped also to match with Jude Law’s performance as the eager-minded Albus whenever these two shared a screen together. Both of them really pulled out some incredible scenes that felt electrifying.

After some missteps from the previous film, Fantastic Beasts: The Secrets of Dumbledore was able to find a path to follow and stuck with it. Even though it will be hard to capture that same magic that audiences fell in love with within the Harry Potter series, we do get a heavier story that goes to some dark places and yet brings in a tiny sliver of hope and magic. The film is a step up from the mediocre Crimes of Grindelwald, even if the stakes weren’t raised high enough to leave a lasting impact. It’ll be interesting to see the kind of direction the last two films will give audiences, but we at least know that there is still some magic left in this franchise.

Fantastic Beasts: The Secrets of Dumbledore will release in theaters on April 15.