Fans have been clamoring to return to the world of Remnant and the time has finally arrived with RWBY coming back for Volume 8. After what transpired in the previous season, things are about to heat up with Team RWBY as they try to save what has left of Atlas as well as Remnant from Salem and her invading army while also avoiding a clash with General Ironwood’s own military after his betrayal. We got to sit down with writer Kerry Shawcross and Ruby herself, voice actress Lindsay Jones on what viewers can expect for the rest of the season.

With the first two episodes out in the open, both Shawcross and Jones have looked back at the process it took for them to put volume 8 out after a year since it was first announced. “It’s just kind of crazy how the pre-production was so well planned out that we were able to kind of prepare for COVID. But at the same time, the team is working so hard from home to adjust during the COVID period. So I have seen people from the production team go above and beyond, and I feel like every volume they just take it one step further,” Jones said. Shawcross addressed how the split with Team RWBY will affect the season moving forward. “We’ve essentially got a three-way war going on. We’ve got Ruby and our heroes as a unit. We’ve got Ironwood and we’ve got Salem.” With every volume, RWBY has tackled themes like strength in numbers and being true to yourself. In volume 8, the characters are all trying to figure out what is most important to them after finally coming back together. “I think from a broader standpoint, I think this season is a lot about figuring out what is important to you and making sure that you stay true to that,” Shawcross explained. Despite being together, the group also has different ideologies as to what the next course of action is for Atlas and for Remnant, as Jones informed us. Speaking on Ruby’s relationship with the team, she said, “There is that emotional separation between her and Yang, between her and Blake. Same with Weiss, obviously with a bigger global separation with the Atlas as a whole and their role in the world of Revenant.”

The voice actress also spoke on how she has connected with Ruby over the years as she has has grown from a novice hunter into a leader. “There is a little piece of us in every character we play because as an actor, you have to have that connection, that emotional connection with the character you’re playing with. Ruby, it goes so much further than that.” Jones expressed just how connected she is from Ruby, having played her for a while. “As far as my connection with the character itself, I feel like she is a huge reflection in my growth and my 20s…We in the real world are dealing with a lot of distrust. I completely understand where Ruby is coming from that standpoint.” 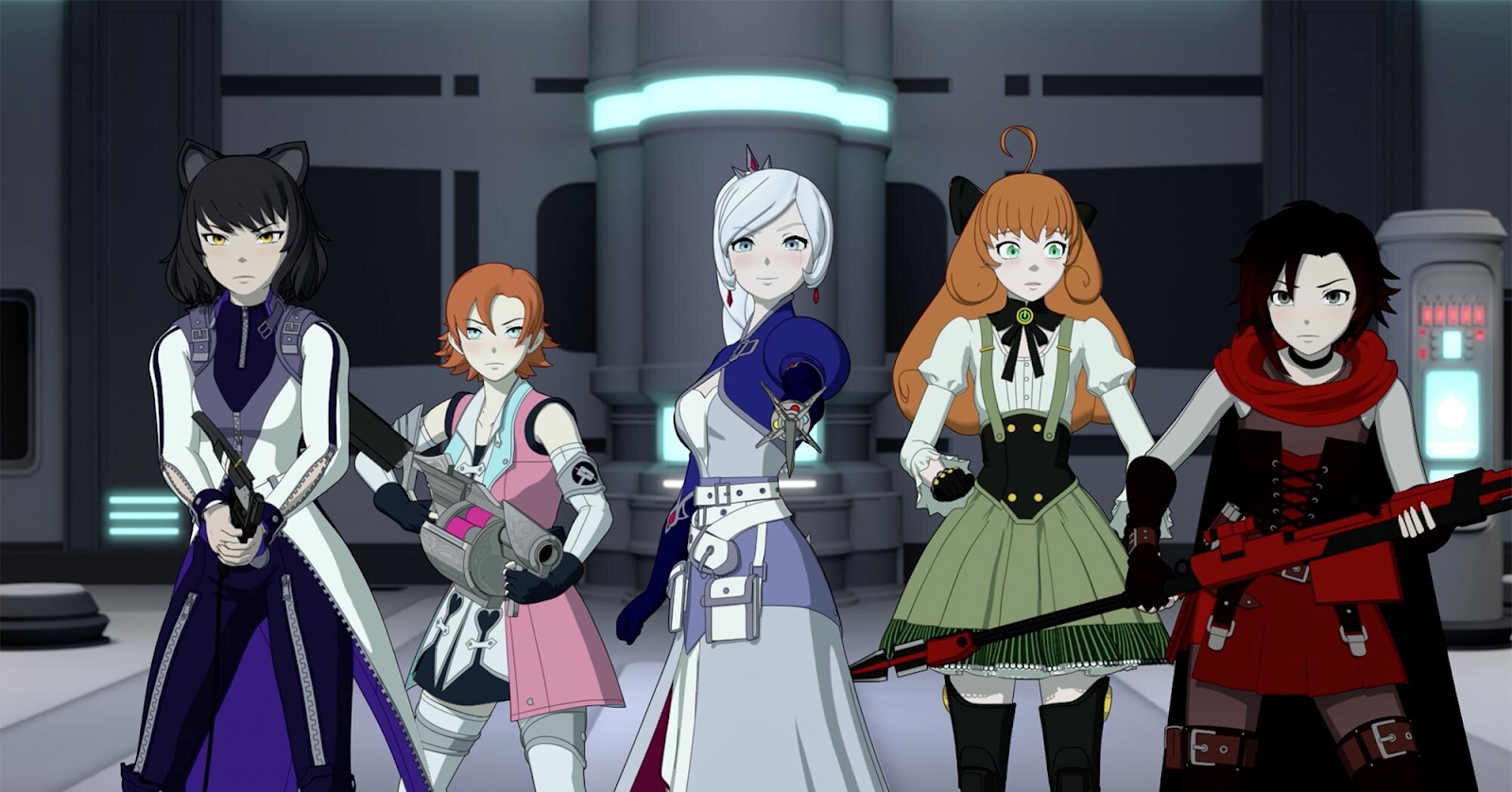 This season has also given other characters more prominence, like Oscar. Shawcross went into some detail on the relationship with Oscar and Ozpin in Volume 8. “Things between them are complicated and will continue to be complicated. Its a really interesting relationship. But it is still two people that trust each other but have had moments of conflict and figuring out how to get past that.” He also added about the journey Penny would be going through this season. “Penny is part robot, but she’s also part human. Figuring out what your path is and how you’re interpreting what is going on. We haven’t seen that in chapter one with her…and she’s kind of pushing back now. That’s going to continue to play into some things with her and Winter.”

With COVID still in the world, it hasn’t stopped Rooster Teeth from working on RWBY’s current season, which is still in production. “We are still working on Volume 8 and we are also working on Volume 9. In some ways, it has changed in larger ways and some in less meaningful ways. We’re really trying to find that balance of making sure everybody working on the show and their quality of life remains great. Making sure the show is great as it can be.” Jones agreed with how well she and the crew have been adjusting to their workload. “The spirit and soul are still there and I think that is a fantastic testament. When you get in the booth, it doesn’t feel any different to me. Despite working remotely, Jones looks forward to getting things back to normal. “I would still love to work up toward a group recording in some setting. Maybe once COVID is over, we can look into that?” 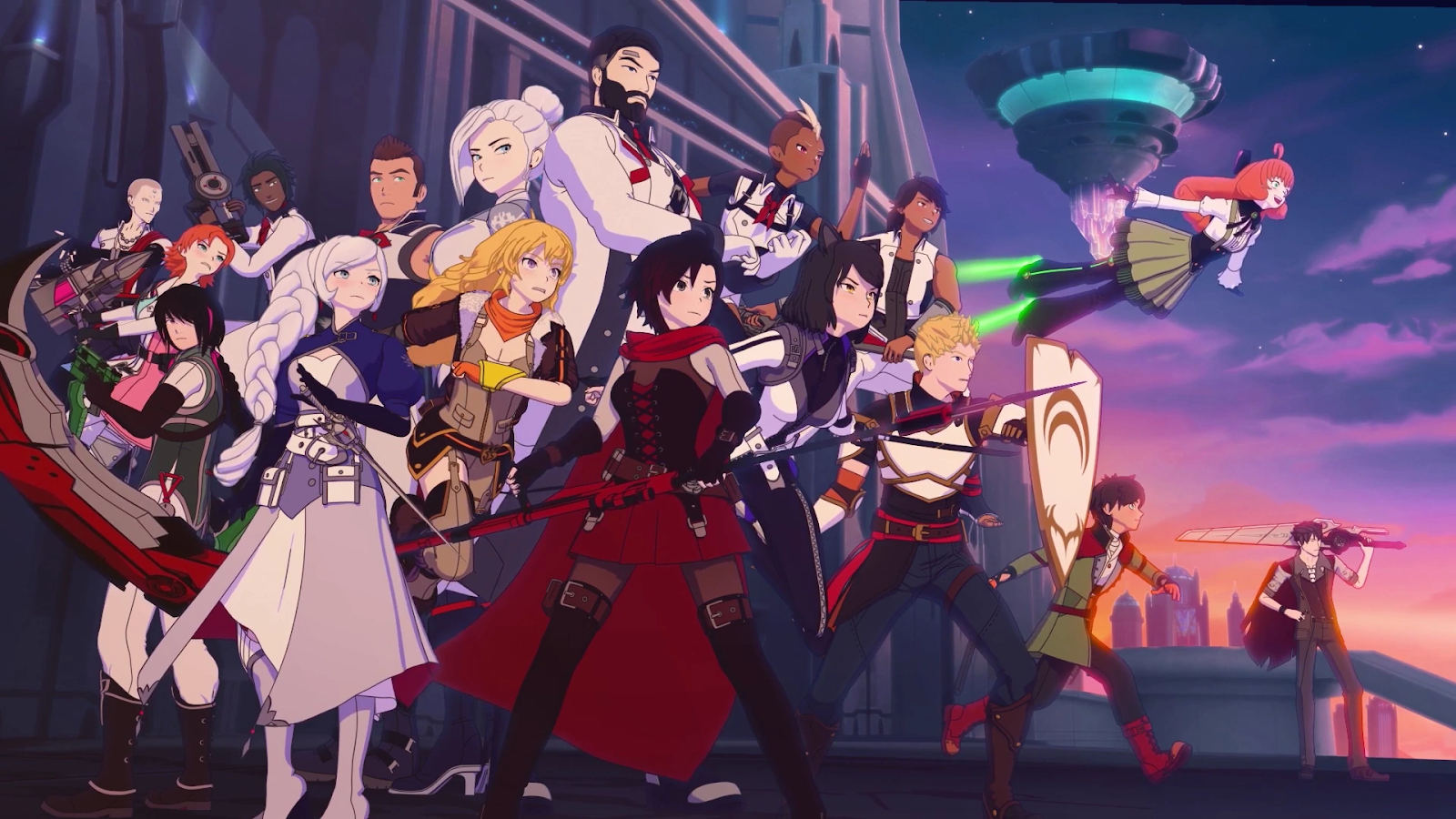 So what can fans expect for the rest of Volume 8? In one word, Jones described it as a “spectacle” and praised the animation. “Reading what I read in the script, I feel like anytime I read the scene descriptions, I get really into it and to see that come into fruition animation-wise, is a whole different story. That translation is beautiful and those animators are wizards.” Adding to that, Shawcross tells fans to expect a lot to come out this season. “A very dense season is what I will say.”

Check out our video from the interview above and don’t forget to tune into RWBY on Rooster Teeth’s website.