Netflix’s hit original anime series Castlevania returns for one more season to wrap things up with the tale of Trevor Belmont and the rest of the characters from the series lore. When Castlevania came out on the streaming platform in 2017, it took everyone by surprise because of how well it was made. Not all video game adaptations do well, but this was done incredibly well with its storytelling, action sequences, and character development. The final season delivered on all that and brought the series to its natural conclusion.

The final installment picks up just a couple of weeks since the events of the third season as Trevor Belmont and Sypha Belnades are caught in the middle of a war with the night creatures in order to prevent the resurrection of Dracula. This brings us back to where it all began in the village of Targoviste where Dracula’s conquest began against humanity. The season also follows Alucard as he leaves his depressed state in his castle and ventures out into human society, where he encounters a woman from another village as she tries to find shelter for her people. The rest of the season also focuses on the whereabouts of the villainous Camila as well as Hector, Isaac, and Saint Germain. 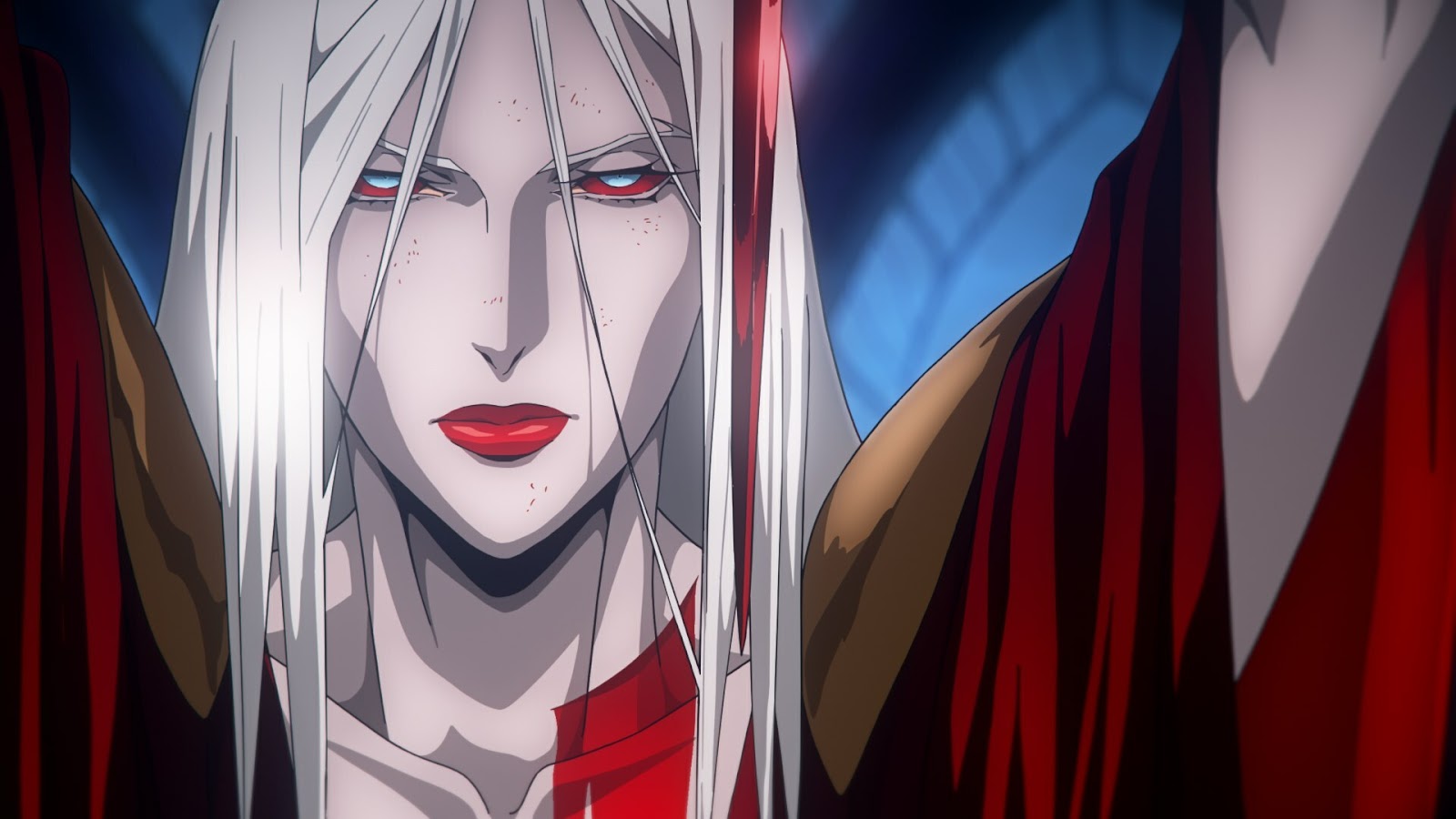 The fourth season does have a lot of story going on at once, especially since this is the end of the series where we expect many plotlines to wrap up. This is where the pacing can be a bit off at the start as we jump from one story to another. Once the film reaches its halfway mark, the plot picks up some steam as it races towards its conclusion. Much of the season has some incredible amount of action that more than makes up for some of the pacing. Every episode has at least one action sequence that is visually stunning. Even the ones towards the end turned out to be the best ones the show has ever made. The animation really does wonders in capturing the smoothness and brutality to keep viewers glued to the screen as the stakes got higher for all our characters.

Even though the action is the attraction, Castlevania’s fourth season does have its emotional depth as the series reaches its final act with some great character moments. This season manages to find the perfect resolution for each character as we get some funny and interesting exchanges with our characters. We get so much out of Trevor and Sypha this season as we see how much of their relationship has developed throughout the series. It seems like Sypha has grown to act similarly to Trevor after the amount of time she has spent with him. Even Alucard starts to see how much he has changed into a personality that matches his former comrade. The voice cast has put so much into their characters, and it shows on-screen with these tender moments we get from them. 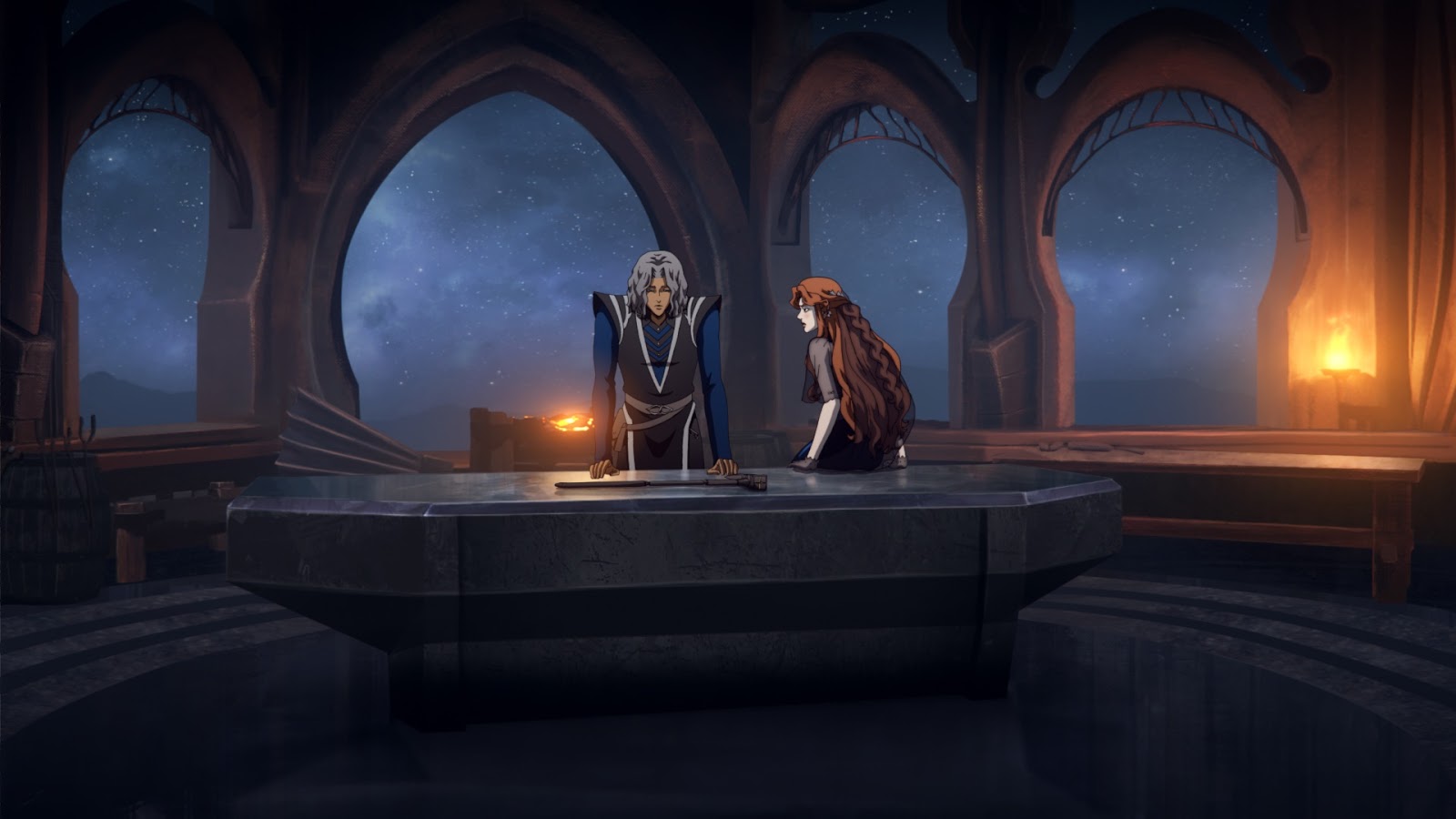 All in all, Castlevania’s fourth brought the series to its natural conclusion by giving everyone a proper sendoff that suits them. The show continues to bring a balance between emotion and action, which is a great quality to have in a video game adaptation. Netflix has found a way to make animation the best medium to tell a story from an existing franchise. It would be great to see the series continue with these characters, but it seems like the show managed to find closure for them and it works perfectly. Castlevania will forever lead by example on how to create a great story with amazing animation and characters we can connect with.

Castlevania’s fourth season is now available to stream on Netflix.