Time loop has been used over and over as a plot device thanks to the success of Groundhog Day. Recently, different genres like horror and comedy have reinvented the use of it in hits such as Happy Death Day and last summer’s Palm Springs. Hulu is tackling the topic once again in the new action flick Boss Level starring Frank Grillo as he reunites with director Joe Carnahan after working together in The Grey.

The story follows Roy Pulver (Grillo), a former military operative who finds himself stuck in a time loop as he survives assassins, bullets, and accidents in order to find a way out of his predicament. Most of his day starts the same with him waking up to a man swinging a machete at his head and a helicopter hovering his apartment with an assassin shooting through his window. Much like a video game, he must go through the same process as he speedruns through a series of events as he becomes better at avoiding certain obstacles without getting killed. Every time he dies, he must start the day all over again. With each new loop, Pulver gathers new information that gets him a step closer to finding out why this is happening to him. 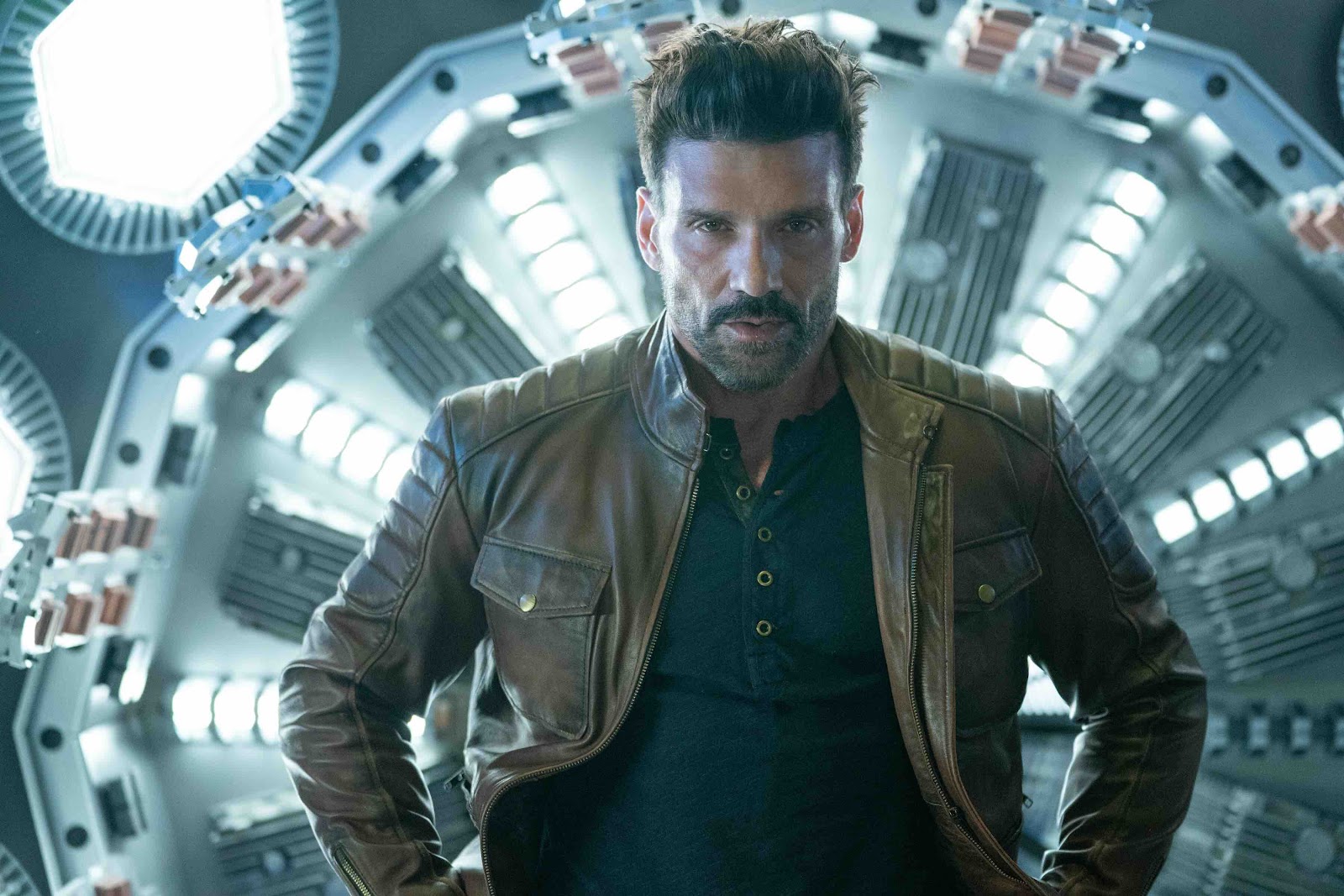 Outside this mysterious life he’s living in, Pulver is a man living a civilian life as he tries to reconnect with his ex-wife Jemma (Naomi Watts) and his son, who has no idea that Roy is his father. Jemma is employed by Mel Gibson’s Colonel Clive Vector as she works on a top-secret project. It is quite obvious that Gibson and Watt’s characters have something to do with Pulver’s situation. The film also has a bunch of assassins that have personalities of their own who are all after Pulver, which also ties into whatever his ex’s employer is doing. Boss Level makes the traditional route with this sci-fi action flick with the use of time looping. It makes some fun moments with Pulver narrating the events with his self-awareness of his situation and delivering some cheesy one-liners.

The film brings out various chess pieces that you would find in a typical action film like an array of assassins from a Chinese swordfighter to Black German twins carrying RPGs. It’s funny when Roy gives each of his assassins certain nicknames like Mr. Good Morning or even Roy #2. Even though much of what you see may sound ridiculous, the film does keep you entertained during its 86-minute run time. The movie frames itself much like a video game as you keep track of Roy’s progress as he goes into harder levels from a roguelike or a beat-em-up. 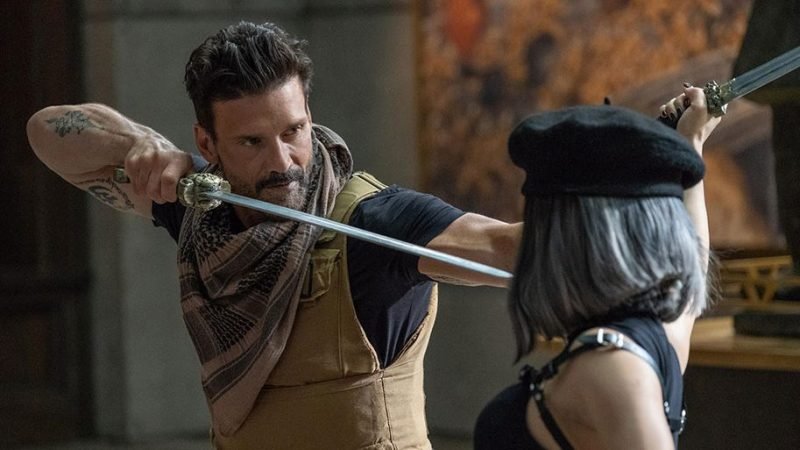 Even though Boss Level doesn’t live up to the standard like Edge of Tomorrow, it does try to create an environment in order for us to care about what happens to Roy. His enjoyment in killing his enemies and being able to stay alive for a moment over hundreds of attempts is a joy to watch. We don’t get enough of that as the film shifts its focus on Roy’s family life as he tries to become a better father to his son with each sequence he goes through. Even the villains come out as nothing special as Gibson’s Vector and Will Sasso’s Brett have no motivation other than to reset the world from its mistakes and start anew.

Grillo does have that action hero quality as he makes good use of his charisma and the numerous attempts he makes to maneuver his way to reach his goal. The film makes great use of the actor’s effectiveness in action and drama. With Roy already getting used to the fate that has befallen him, this allows him to treat everything that happens to him as funny to him and the audience. In many ways, the film does feel like a throwback to 80s action films with Grillo sporting the cool jacket and the shades. Some of the jokes are funny while others can feel flat despite the situation that it addresses. 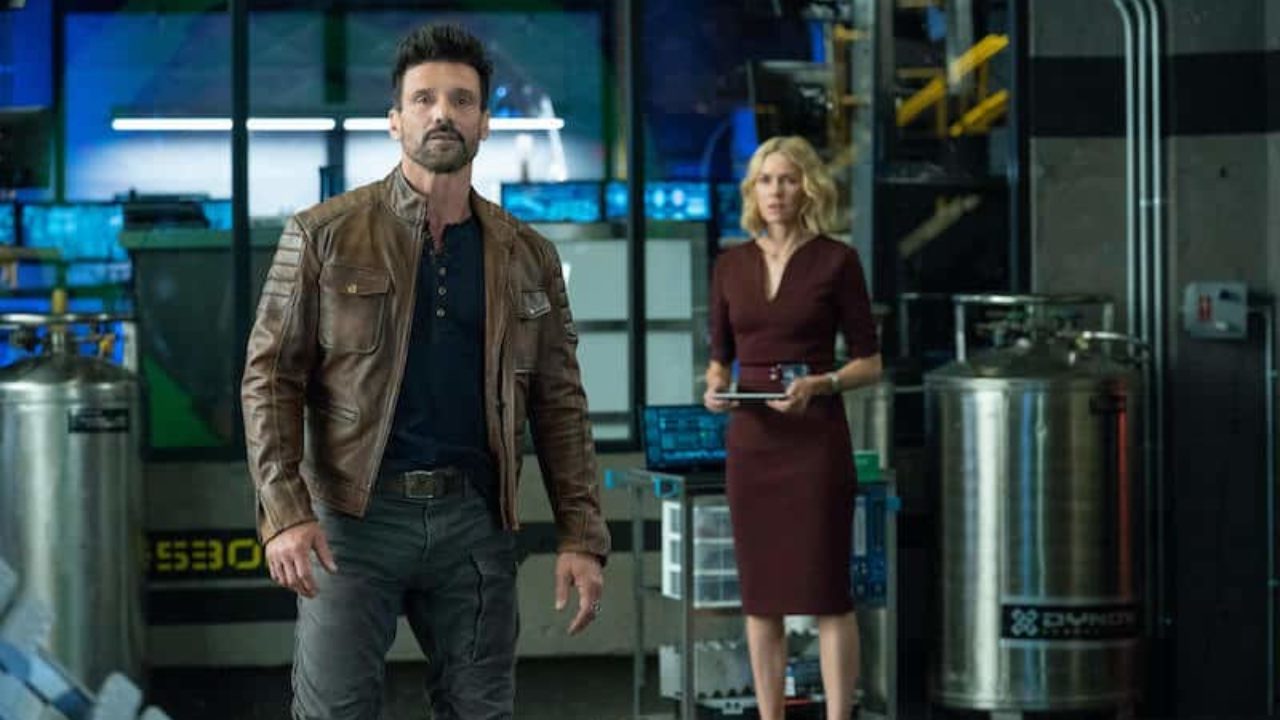 Boss Level is truly Grillo’s film as he takes center stage in a sci-fi troupe that audiences are all too familiar with. It just takes some reinventing to make time loop stories unique, which this film tries to do and works in parts. Carnahan makes great use of the camera work as it focuses its attention on Grillo’s various attempts to stay alive and solve his unfortunate circumstance that he finds himself in. If high-octane action is what you want, then stay for a crazy ride.

Boss Level is available now to stream on Hulu.

Mufsin Mahbub is a Writer and the host of The Geekoning Podcast at All Ages of Geek. You can follow him on Twitter @MufsinM