In 2017, Naruto Shippuden came to an end and the anime wrapped up with Naruto getting married to Hinata. Not even a month later, Boruto gets released and up until now, it has received a lot of hate within the anime community.

I get it, honestly Naruto Shippuden is my favorite anime of all time. I legit have Naruto posters, my twitch layout is Naruto themed, and I want to get my hands on any Naruto collaborations that I can within the fashion world. There are hardcore Naruto fans out there that hate on the show because they think that it is a terrible follow up sequel to Naruto.

The main arguments are that Boruto is a brat, he is spoiled, and he doesn’t understand how amazing his situation is are all valid points. However, they would then say that Naruto wasn’t a brat and it was because people in the village hated him so he had to get attention. Truth be told, Naruto was a brat and for those that started watching Naruto, you definitely thought that way. So stop lying to yourself, you only say that now because you realize that Boruto is acting spoiled, which to be honest is kind of important to his character development.

DOES IT DESERVE THE HATE THAT IT GETS?

I can’t say that Boruto as an anime sucks because to be honest, there are some interesting storylines that progress throughout the anime. Plus they do Naruto fans a huge service by taking us back down memory lane allowing Boruto to gain some new perspective to see how Naruto really grew up. At the same time, it is super interesting to see the lives of these characters that we grew up with as parents and the “adults” of the new generation.

If we are comparing it as a sequel to Naruto Shippuden, yes it is not that great and there could be things that could be done better to bridge the gap, but that’s not the point. Boruto wasn’t necessarily made to be a sequel. If it were Naruto would be the main focus again, but this time it’s his son. I think people are having a hard time processing that after years and years a show that had Naruto as the main character is no longer the center focus, they think that it just sucks.

To be completely honest, yes there are some parts that are super slow, and trust me a ton of filler episodes (no different from Shippuden by the way), but we really have to see Boruto as a separate anime and judge it as such. Seeing as an anime, it’s pretty good. It’s interesting to see how much Boruto has progressed over time and see how the dynamic between him and Sarada (Sakura and Sasuke’s kid) are literally no different from Naruto and Sasuke.

Give it a shot, I can’t force you to like the anime, but any prejudice that you may have because it seems like a follow up to Shippuden should be forced out of the door. If you don’t like then you don’t, but honestly speaking the hate that this anime is getting is not necessarily deserved. 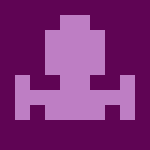