Classic fairy tales get retold now and again in cinema, often with a modern spin to appeal to a contemporary audience. Director Hosoda Mamoru takes that concept with his latest animated feature Belle, which is a modern interpretation of the timeless story Beauty and the Beast that takes place in a world much like our own with technology and social media at the forefront. Most stories dealing with technology often become a cautionary tale of the dangers it carries, but Mamoru takes a different approach by showcasing how it can connect people everywhere and allow them to be themselves.

Belle centers on high school student Suzu, a 17-year-old girl in Japan who lives with her father. After losing her mother at a young age, Suzu often distances herself from others and keeps to herself. She soon gets invited to try out a new virtual app called U, which is designed as a virtual world where millions of users have created avatars and interact with others around the world. The avatar is designed to take a person’s biometric information to match their personality online. U sounds a lot like the social media apps that we all use to gain followers and express our opinions for everyone to see. Suzu creates an avatar called Belle, an alter ego who is nothing like Suzu but actually becomes a way for her to come out of her shell without anyone knowing who she is. By creating this alternate personality, Belle becomes an overnight sensation thanks to her gifted voice and gains many followers. 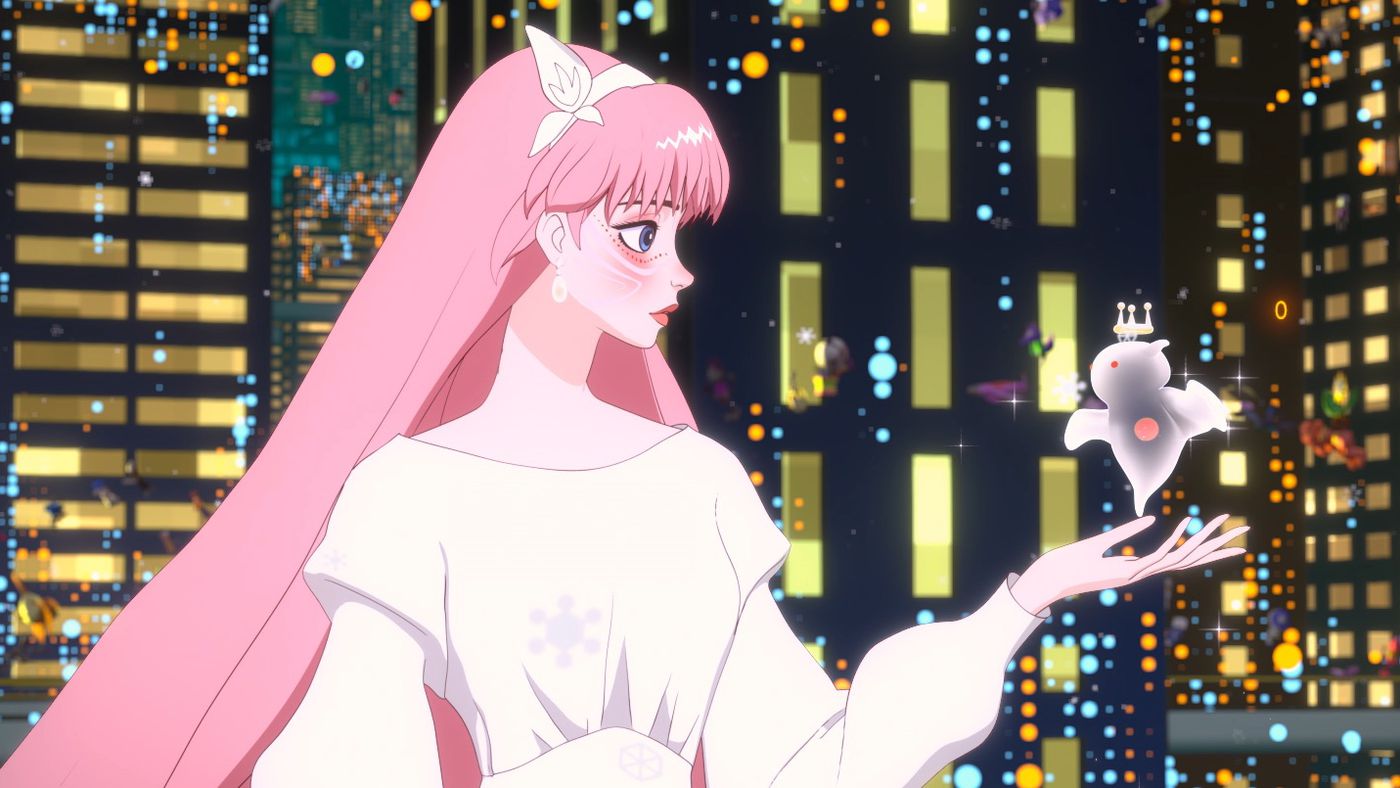 The world of U is incredible and visually stunning. The virtual space shown in the film has vibrant colors that stand out on the screen and has a wide variety of characters that are very surreal to look at, but also pretty engrossing. It often feels similar to Mamoru’s other film Summer Wars, but rather than exploring video games, we see the world of social media is explored in this virtual world. In Belle, U gives Suzu a chance to find her voice again after her trauma took out her singing talent. She is able to finally unlock her hidden potential and share it with the world without exposing who she really is.

Since the passing of her mother, Suzu still reels from that loss and feels that she abandoned her. It caused a rift between Suzu and her father as they don’t bond like they used to. Other than her friend Hiroka, Suzu doesn’t get involved socially with other classmates. She also feels shy around her childhood friend and crush, Shinobu. As she rises in fame thanks to her alter ego, Suzu becomes entangled with a dragon-like avatar known as the Beast, whom every user is afraid of and is hunted down by administrators for his presence. Suzu starts reaching out to him and makes a connection as she attempts to protect him.

Even though the story is often taking cues from Beauty and the Beast, Mamoru finds ways to make it different from that with a great plot that connects with the society we live in now. The film cleverly shows how people can live two lives, one in the real world and the other in the virtual space. It points out how people choose to perceive themselves in front of others while hiding their true nature. This virtual world not only helped Suzu rediscover her voice, but she also was able to connect with the boy underneath the Beast persona and make an impact on the real world. Speaking of her voice, the film utilizes the talent behind the mic really well with some melodic numbers that are sure to bring in some listeners into the amazing soundtrack.

Belle is certainly one of Mamoru’s most innovative works to date. With every passing film, the filmmaker finds a way to stun the senses with amazing imagery and a touching story that grabs your heart. It gives the lesson of how the actions of living the virtual life can also carry over to the real world. Filled with compassion, Suzu is the heart of the story throughout the whole film. Outside of all the incredible visuals and music, Belle’s strength lies in the spirit it carries as it focuses on the typical life of a teenager as she discovers herself and the power of social media.

Belle is out in US theaters now.