Looking for MHA merch? Check this out!

With the fifth season of My Hero Academia wrapped, viewers await what comes next when the show returns. Until then, fans of the anime series will be getting a new story unfolding in the newest film My Hero Academia: World Heroes’ Mission. Just like the anime, the third film in the series chronology offers some more fun with our heroes as they go on a new adventure that is set on a global scale. It feels a lot bigger as the world is at stake, if only the story had some repercussions with the series which undoubtedly does not.

For those who aren’t familiar with the anime, My Hero Academia takes place in a world where people are born with powers, or Quirks as it is referred to. With these incredible abilities, these individuals end up becoming Earth’s mightiest heroes in a world filled with heroes and villains. The show follows Izuku Midoriya, a fan-obsessed kid who was born Quirk-less and strives to one day become a superhero like his idol All Might. A chance encounter with the world’s number one hero changes the young man’s life after he inherits his powers and becomes his protege as he enlists in a school to help hone his skills and learn how to be a hero. Much of the show follows Izuku AKA Deku and his friends as they go on adventures while learning to become their own heroes as they take on dangerous villains. 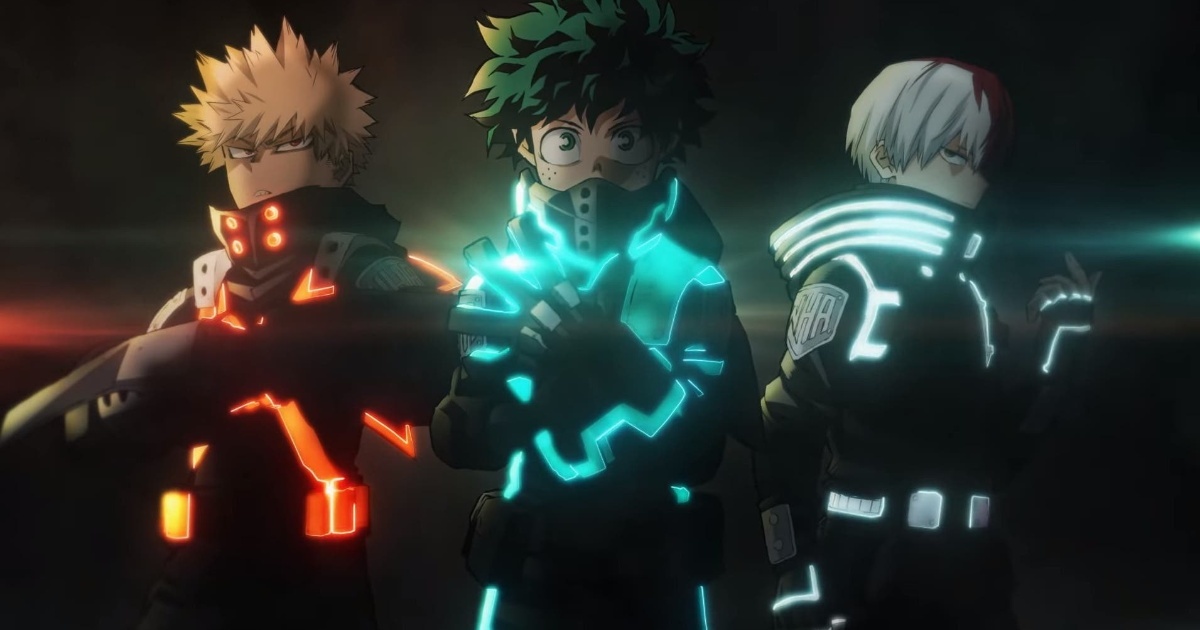 The newest film, My Hero Academia: World Heroes’ Mission already had its release over in Japan mid-way through the fifth season and now gets a worldwide release. This latest installment focuses on a cult organization named Humarise whose plans are to eliminate anyone who carries a Quirk, believing they will bring an end to humanity and brings on new world order. With a huge roster of heroes, they go on the front lines to take down this group and save the world from annihilation. Even though the story takes place during the fifth season of the anime, don’t expect any of it to have any effect whatsoever. What you do get is a fun adventure with Deku and his friends with some amazing fight sequences with an incredible climactic battle for the ages.

The film takes its time as we get to know some new characters along the way, including a small-time thief named Rody Soul along with his pet bird Pino. Deku ends up teaming up with him after they get caught up in Humarise’s next plan of attack that puts these two on the run from the law. The action certainly picks up once they are piecing together what the Doomsday cult’s next attack will be as much of the story starts to revolve around them in a race against time. Even though the movie takes a bit of time to kick things off, we do get some amazing scenes and incredible cinematic fights that we don’t normally get on the show.

When the action starts, we get some quick and fast battle sequences filled with amazing visuals that light up the screen. It’s the kind of fight that My Hero Academia is usually known for and sometimes even takes it a step further. There are some emotional scenes as we get to know Rody and his background, giving us a better understanding of who he is. We don’t get the same treatment when it comes to the film’s villain, even though some of his motivations don’t make much sense once you see what drives his cause as a leader of Humarise. It is an interesting concept to explore those who aren’t comfortable knowing that there are super-powered beings in the world. It was touched on a little bit during the fourth season, and this film goes into that notion. However, we don’t see much of it being explored within the 104-minute runtime. We also don’t get much screen time with some of Deku’s friends as they get pushed into the background, but we do get some amazing fight scenes with them towards the end involving Bakugo and Shoto.

World Heroes’ Mission does its job to become a good film that offers everything that audiences want from My Hero Academia. The only thing that can frustrate them is the fact that it’s only a side-story like the other films before it, leaving no mark on the future of the series as a whole. What we end up getting is a film that doesn’t offer anything new to the popular series, but sometimes that can be good enough to put on an amazing story to impress hardcore fans.

My Hero Academia: World Heroes’ Mission is currently playing in theaters in the US.