Dungeons and Dragons is a challenging game no matter what role you are playing but as a spellcaster, you fall into a unique set of challenges. On one hand, you have the ability to annihilate an opposition with a single spell but at the same time, there is a huge responsibility with that role. With thousands of spells to choose from, how will you pick the ideal spell for that particular situation?

It’s even more challenging to decide which kinds of spells you need to have at your disposal at all times to assist in any situation. In this article, we look at some of the best spells in D&D that don’t get the attention they deserve.

A lot of players don’t like this spell because of its design, not its ability. This is a reflection not of the spell’s ability, but the playing style of the player. If you prefer to have a head-on collision with your opponent then this isn’t the right choice but if you like to employ strategy and get the tactical advantage, this is the best tool to use. The most strategic of characters are the rogues and this is who the spell works best for.

One way to use this spell is to cast it on the opponent when you detect that the negotiations aren’t going your way and eventually will lead to a brawl. This way you can cast the spell, and have a basic first attack but have a mighty comeback after the opponent’s first attack. This is usually enough to clear the table when done right but you need to choose your opponent correctly and have the right spell with you as your second attack.

Like other spells that need to be used in very particular situations and in a very particular way, the crown of madness is seen by many as a pointless spell. In reality, if you use it the right way, it can be very potent. The important thing to remember when using the crown of madness 5e is that this is a concentration spell after all. So you will get the benefits that you would from any other kind of charming spell, but this is used differently.

The first situation you want to use the crown of madness in is when the dungeon master is using a mix of enemies. In particular, you are faced with one big boss and multiple little enemies supporting the big boss. In nearly every scenario the dungeon master will not have prepared for a crown of madness spell so when you manage to cast this spell on the big boss, they will start killing their own minions and allies. The important thing to keep in mind when using this technique is to make sure that the enemies’ allies are within 20 feet of the big boss. If they exceed this range the big boss will either not reach them or will overthrow their damage. To bring the entire group down with the damage from the boss they need to be relatively close together.

This is another spell that doesn’t get the credit it deserves because it really is designed for mid to high-level casters yet the majority of casters in the game are low-level newbies. What makes this even less attractive for new casters is the price tag, at ten gold units it is an expensive option. However, when you start to progress and you realize that the social and political aspect of the game is just as important, you start to see the value in the illusion spell.

For instance, for mid-tier casters, this is a great way to protect your spellbook. You can cast an illusion on the spellbook itself so in the case that it is lost or stolen, no one will be able to actually access the spells in the spellbook. There are also strategic uses for the spellbook. For instance, if you need to help someone get out of jail you can use the spell to disguise the actual instructions on how to break free and get the guard to deliver your message, as it is disguised as a letter or anything else. When you have given the recipient access to the illusion spell they will be able to decipher the hidden message.

Most players will use this 3rd level spell for their own benefit or some kind of political gain. The main advantage of this spell is that it can boost plant growth. If you are using this spell for cultivation a single 8-hour cast can boost the output of a half a mile piece of land for a full year. If you come across a town that is struggling for food, this will be a lifesaver and will earn you some strong allies quickly.

However, it is just as useful on the battlefield. Use this in combat and you get control of all the plants within 100 feet of yourself. You can turn these plants into extremely hard to navigate the terrain and you can slow down the speed of an enemy to a fraction of its original speed. More importantly, the caster can even direct the spell in a certain way to purposefully have the spell leave some areas of the land unchanged so that you can navigate through it quickly and deliver your attack.

The important thing to remember with DND spells is that, as you progress and get access to higher-level spells, you need to understand how your opponents are also evolving to really maximize these new spells. If you are happy just taking down easy opponents with advanced spells, that kills the purpose of the game. While it may be fun, it will get boring very quickly. To be competent at the game, you need strategy together with knowledge of the specific spells to be able to take down any enemy, especially when you start playing in higher-level teams and groups. If you don’t have good tactics and solid knowledge, you will bog down the entire team. 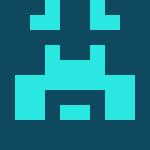 Bio: I am a professional blogger on Business, Finance, Marketing, Technology and Gamings.
Email: admin@watchmarketonline.com