The legend of King Arthur has been adapted into film and TV numerous times over the years, giving audiences a new and fresh take on the story. Netflix’s new series Cursed does just that by telling the tale through the eyes of Nimue, a young druid with a mysterious gift has her destined for greatness as she is slowly formed into the powerful yet tragic Lady of the Lake. Based on Frank Miller and Tom Wheeler’s novel, the show adapts the book in its entirety and expands on the story of a young heroine who’s fate is intertwined by the sword known as Excalibur.

Thanks to its world-building, Cursed manages to bring the story to life with its amazing visuals while also retelling the King Arthur legend. It’s not just a story that has been gender-flipped, but it also has a great sense of adventure while looking at the tale from a fresh pair of eyes. The story answers the question of what would happen if the sword ended up choosing a queen instead of a king? The show explores some major themes regarding social class and feminism in a coming-of-age story filled with Arthurian lore.

The story takes on bold choices that change the way we view the story of King Arthur by taking big leaps. Much of these changes do make some interesting storytelling, which can sometimes be rewarding for the viewer. The story focuses on Nimue, represented by Katherine Langford, as she is born with strong dark magic that can be more of a curse than a gift. She tries to defy destiny and forge her own rather than letting anyone else telling her what she’s expected to do. After wielding the power of Excalibur, Nimue uses her power to save her people from the likes of the Red Paladins who seek to destroy her kind. 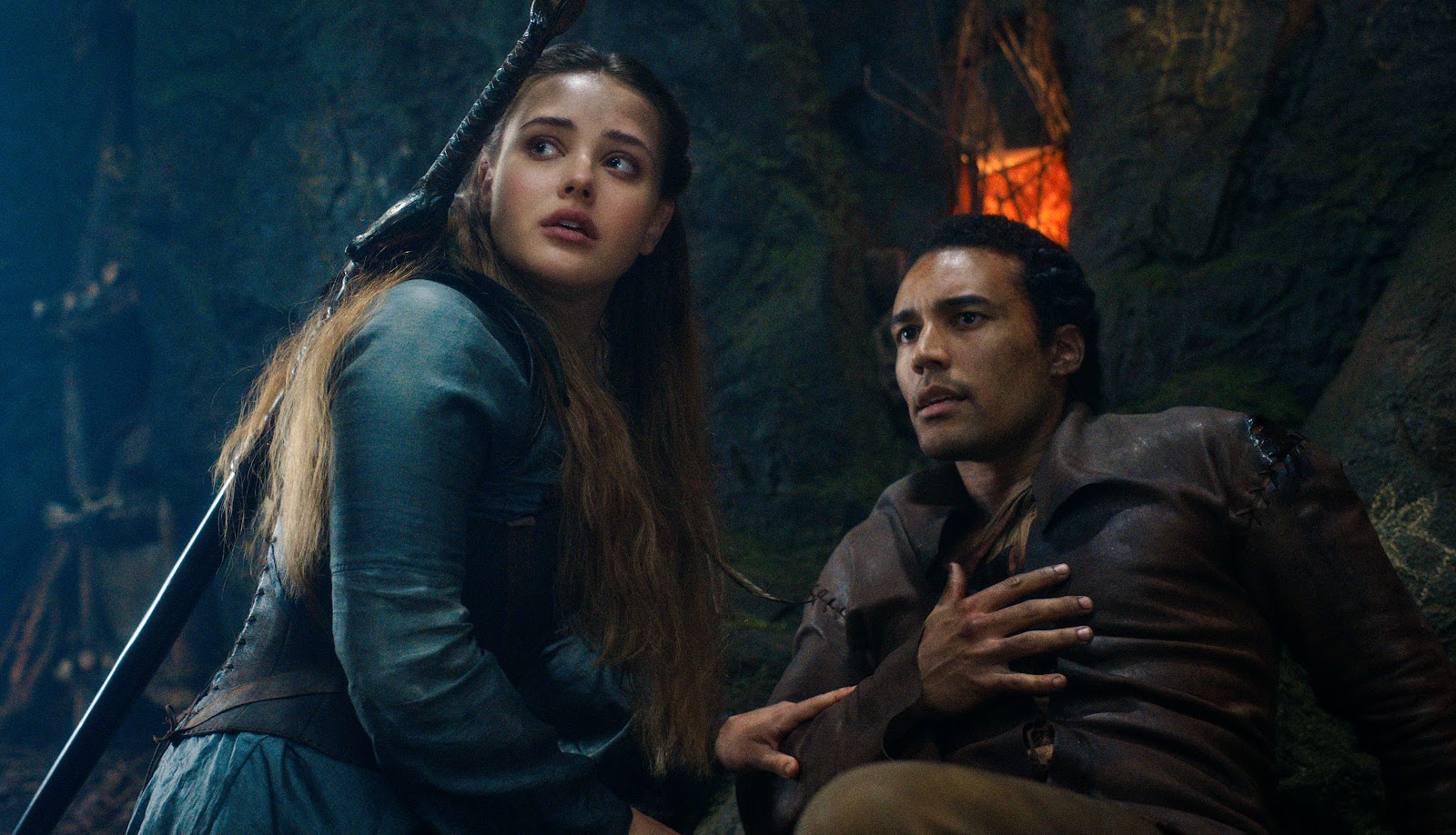 Along her journey, she is joined by two famous characters from the famous mythology. One of them is Arthur himself, played by Devon Terrell. This version of the character isn’t the one you quite remember from other depictions. Instead, Arthur is a mercenary who has a good mix of charming and style as well as pride. We also have Merlin, portrayed by Gustaf Skarsgard, who is more of a drunkard after losing his magic. Merlin is a true scene-stealer in every frame he’s in. We learn of how great of a magician he was before losing a part of himself in the worst possible scenario he has made for himself.

The first two episodes directed by the incredible Zetna Fuentes sets the stage for our young heroine. The gruesome massacre that takes place with the Fay is quite an eye-opener as all the narrative plot points are laid out. Much of the strength of the story comes from the great cinematography as well as the fight choreography that gets captured on screen. The slaughter of the Fay sets the world that the series is creating. Rather than the visuals, this opens up what audiences can expect for the rest of the show.

Cursed gives enough to present the story, but not enough to keep the intrigue going for the rest of the episodes. Much of the story feels heavy in dialogue with explanations that don’t always flow well. Some of the characters can be one-sided and much of the plot is thin. The series commits to making it modern, but it just doesn’t have enough depth to keep us glued to our screens. What the show is missing is the fantasy elements that made the King Arthur stories great with the many adaptations that have come before. 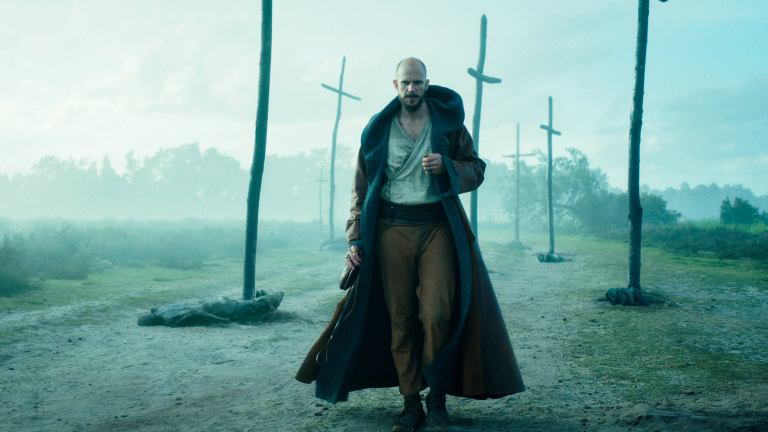 The show does feel cinematic in every shot with its stylish visuals. You can feel how much of Miller’s flair is engraved in every episode since he’s credited as a co-creator on the series along with Wheeler. Similar to his other works like 300 and Sin City, Cursed brings some incredible views of the world of Britannia through its lens. There are a couple of CGI effects that does take you out of the experience, but the world that the show builds can make you feel deeply engrossed by it.

Much of the show deals with ideas like resistance, retaliation, and making your own fate. There is certainly a lot of potential in this series outside of its gender politics and class struggles. With its breathtaking visuals and dark imagery, there are parts of the story that digs deep into what power Nimue holds, being more than what the legend has foretold. Hopefully, the show can continue to embrace the female empowerment that is displayed here and expand on the world of King Arthur with genocide, distribution, and rebellion.

The 10-episode first season of Cursed can now be viewed in its entirety on Netflix.