Starting very young, Bryce Papenbrook was introduced into the world of voice acting coming from parents who are already in the profession. Since then, he has voiced over many characters over the years, known for popular characters in series like Sword Art Online, The Seven Deadly Sins, and Demon Slayer. Perhaps everyone may know him for his time voicing leading protagonist Eren Yeager in Attack on Titan, which has reached its final season. During his visit to Anime NYC, we got a chance to speak with him about his early days as a voice actor, his many roles in anime, and his memories of working on Attack on Titan as the show comes to a close.

How do you feel coming back to New York for Anime NYC?

Amazing! My very first appearance as a guest of an event was in New York, and it’s very exciting to be invited back.

I know you come from a family of voice actors. How did you end up becoming one yourself? Was it through family or just on your own?

I used to love to watch my dad work. When I was 8, he was working on a show called Power Rangers. He played Rito Revolto, Rita’s brother, and a bunch of monsters in the show. My first time in the booth was after one of his sessions. They needed a kid’s voice and they threw me in.

I grew up around the industry, but I never thought I would go down the path I did. I went to UCLA and studied Political Science and Philosophy, and thought Law School was the next step for me. I happened to get an audition and booked it. Then booked another one, and another and decided to give it a shot. My dad, unfortunately, passed away right as I was finishing college, and I made the decision to go all-in as a voice actor to try and carry on the torch for him. I’ve worked tirelessly to bring honor to his name and follow in his footsteps. I am so appreciative I am able to.

You have voiced some of the most popular characters in anime. How do you approach each character whether it’s an audition or at the booth?

Once I’m cast as a role, it’s very much a collaboration with the rest of the team. I try to immerse myself in each show and to relate to how my characters are feeling as much as I can. I also trust the directors and producers I work with and have been lucky to be part of some very talented production teams.

When did you nab your first lead role and what was going through your mind when you got picked for the first time? 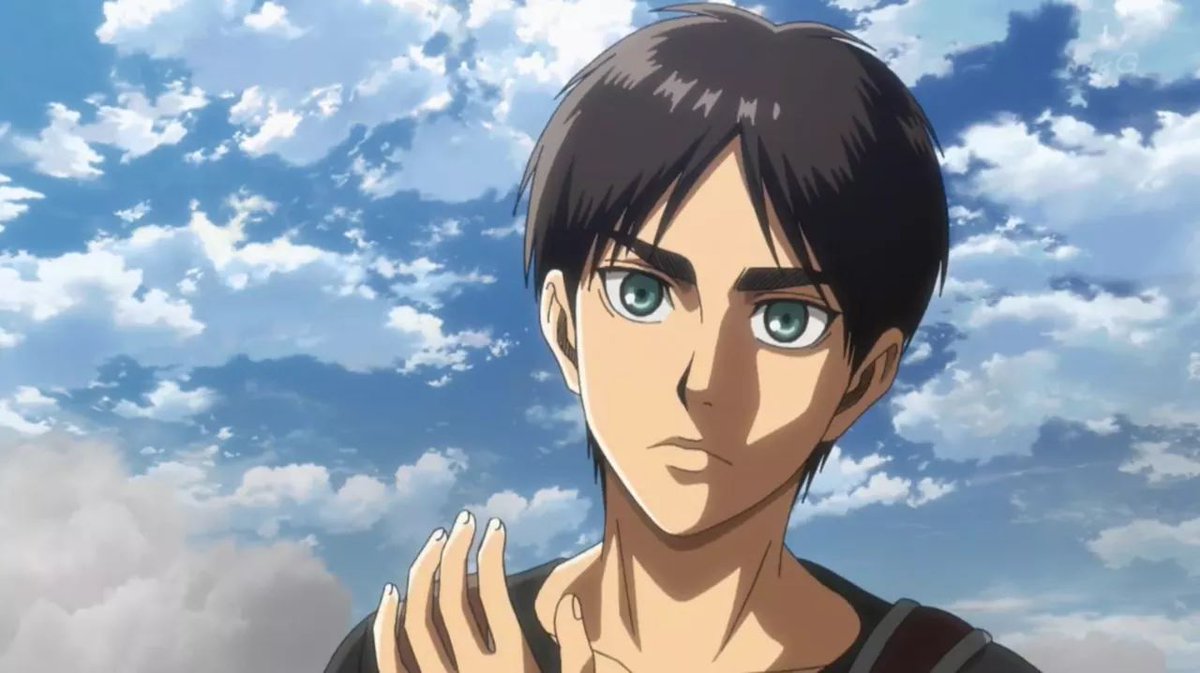 The biggest role that everyone knows you on is Attack on Titan. What was the audition like for this show? Were you aware of how popular it was when you read for this?

I was really lucky to even receive the audition. I was a fan of the show and followed as it was being released weekly in Japan. I was talking to Patrick Seitz, who has worked for Funimation on a number of projects, at a convention about how interesting the series was. He received the audition for Attack on Titan and asked Mike McFarland if he’d be open to sending it my way. Mike agreed, sent it my way, and I really gave it my all. It was my very first audition for Funimation.

We all knew it was a special show but had no idea it would resonate that deeply with fans around the world. It’s been incredible to be a part of it.

We know that Attack on Titan is soon coming to an end. What will you miss most from the series after voicing Eren for four seasons? Are you looking forward to seeing the story conclude like the rest of the fans?

I’ll miss the recording process the most. Collaborating with Mike and the team at Funimation and living as Eren for the relatively short time I’m in the booth is something I really love. There’s a rawness to the show and ferocity to Eren, and Mike was looking for vocals that reflect that. I knew what I was getting into.

My method is to try and feel what the characters are feeling and to attempt to honestly deliver my lines from that place. I’ve gone as far as dislocating my jaw to make Eren sound unhinged and biting my hand to represent real pain. Eren has gone to some pretty dark places, and I was willing to go on that journey for such a special project.

It’s bittersweet knowing we’re coming to an end because I can’t wait to see what happens. I’ve been on the edge of my seat since the show began. I’ve avoided reading ahead in the manga or looking at spoilers. Very much looking forward to seeing how the story concludes. 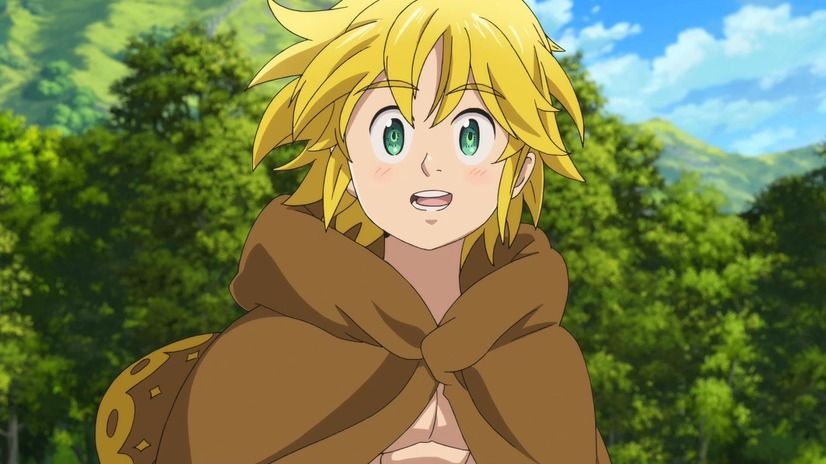 Another big show you got to work on is The Seven Deadly Sins for Netflix. How did that project end up on your lap? Did you enjoy your time getting to work on something so vast as this show?

I auditioned! As an actor, you don’t really select the roles you play. You cast your VO net as wide as possible, and see what comes back. I’ve been extremely fortunate to book such awesome roles.

I had such a good time voicing Meliodas & Zeldris. It’s not every day you get to fight your overpowered self as another overpowered character you voice! 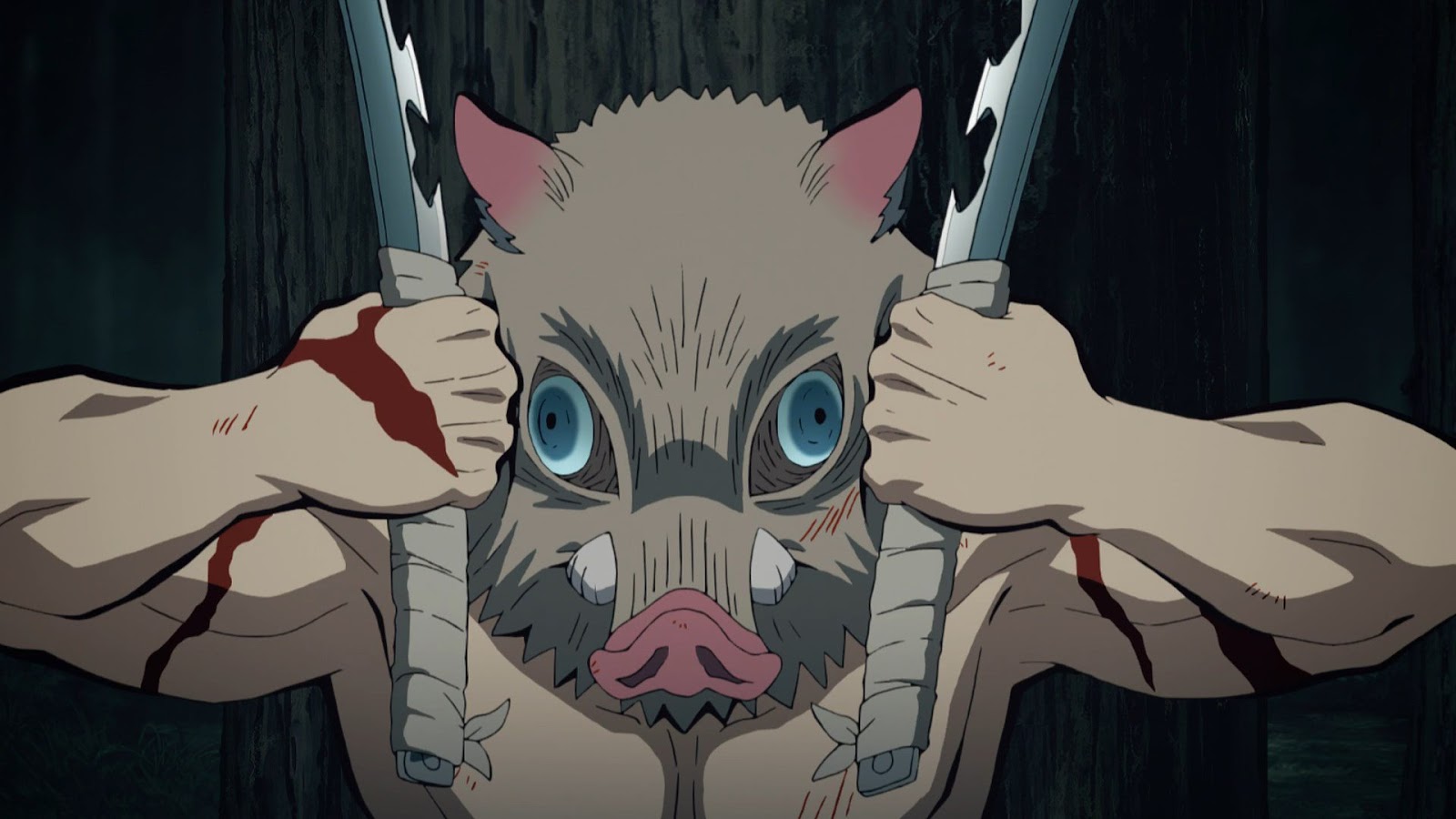 For a character like Inosuke Hashibira on Demon Slayer, how different was it getting to work on a voice such as him?

Inosuke is very different than roles I’ve played in the past. It was a real opportunity for me to explore my deeper range. Also, because he’s wearing a boar mask for much of the show, I had much more freedom with the role than normal. When we dub an anime, we’re watching pictures on a screen and talking as our characters talk. Hitting mouth flaps is a very important part of that process. I only had to worry about piggy snout movement with Inosuke, and that freed me to really make the role my own. 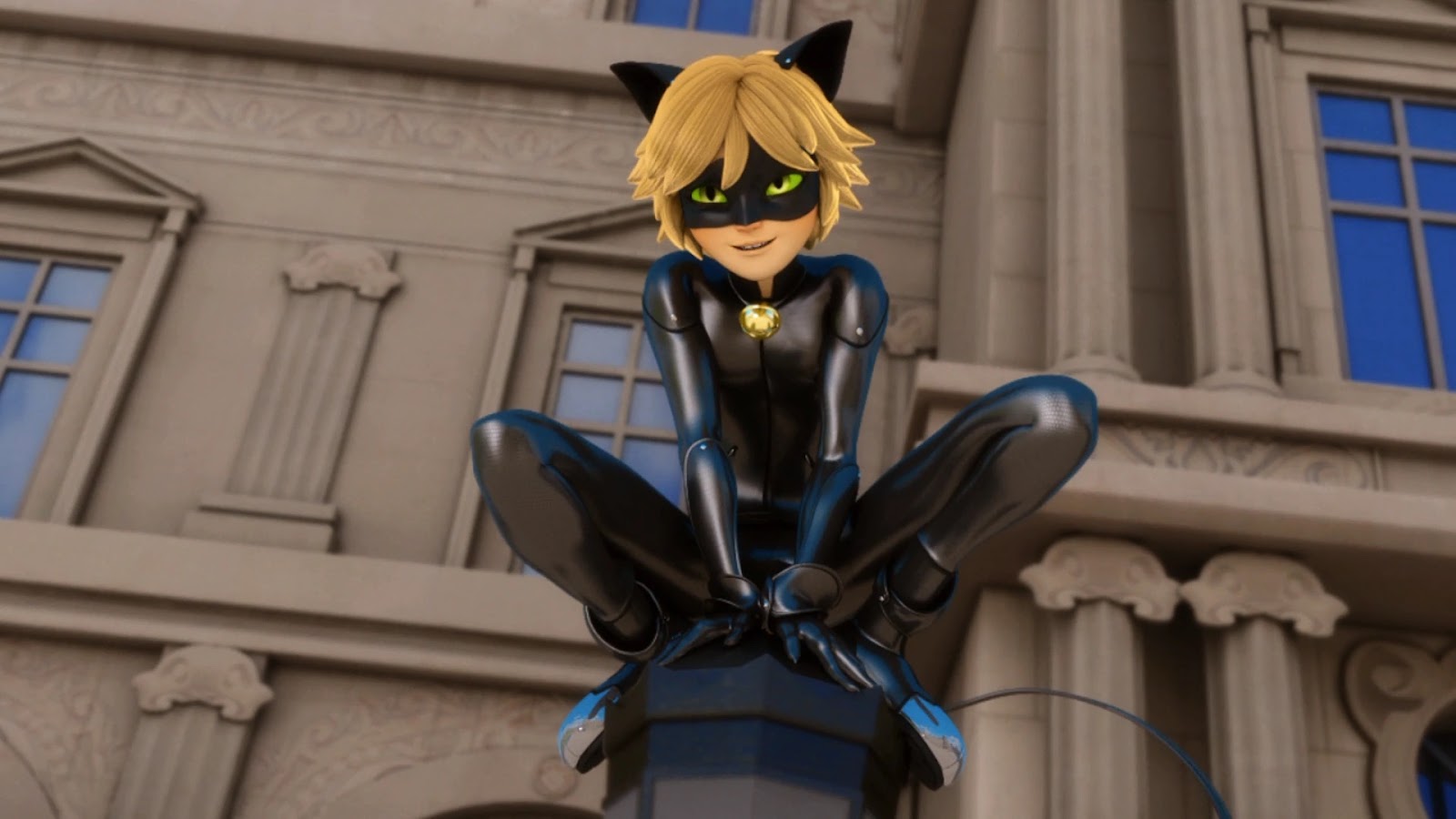 We also have to bring up Miraculous: Tales of Ladybug and Cat Noir. What was the experience like getting to work on this show? Did you expect the show to be so popular among viewers?

When we started the show, we had no idea it would become so popular and eventually be shown on Disney. I’ve had a lot of fun being Cat Noir. My hope is that the English version has the most puns, and we sneak as many as possible into the show every opportunity.

An animated film based on the series is releasing sometime next year. How is that coming along?

We’ve been working on the Miraculous movie for the last few years. I cannot wait to see it! The animation that I’ve seen is beautiful, and I love the story. 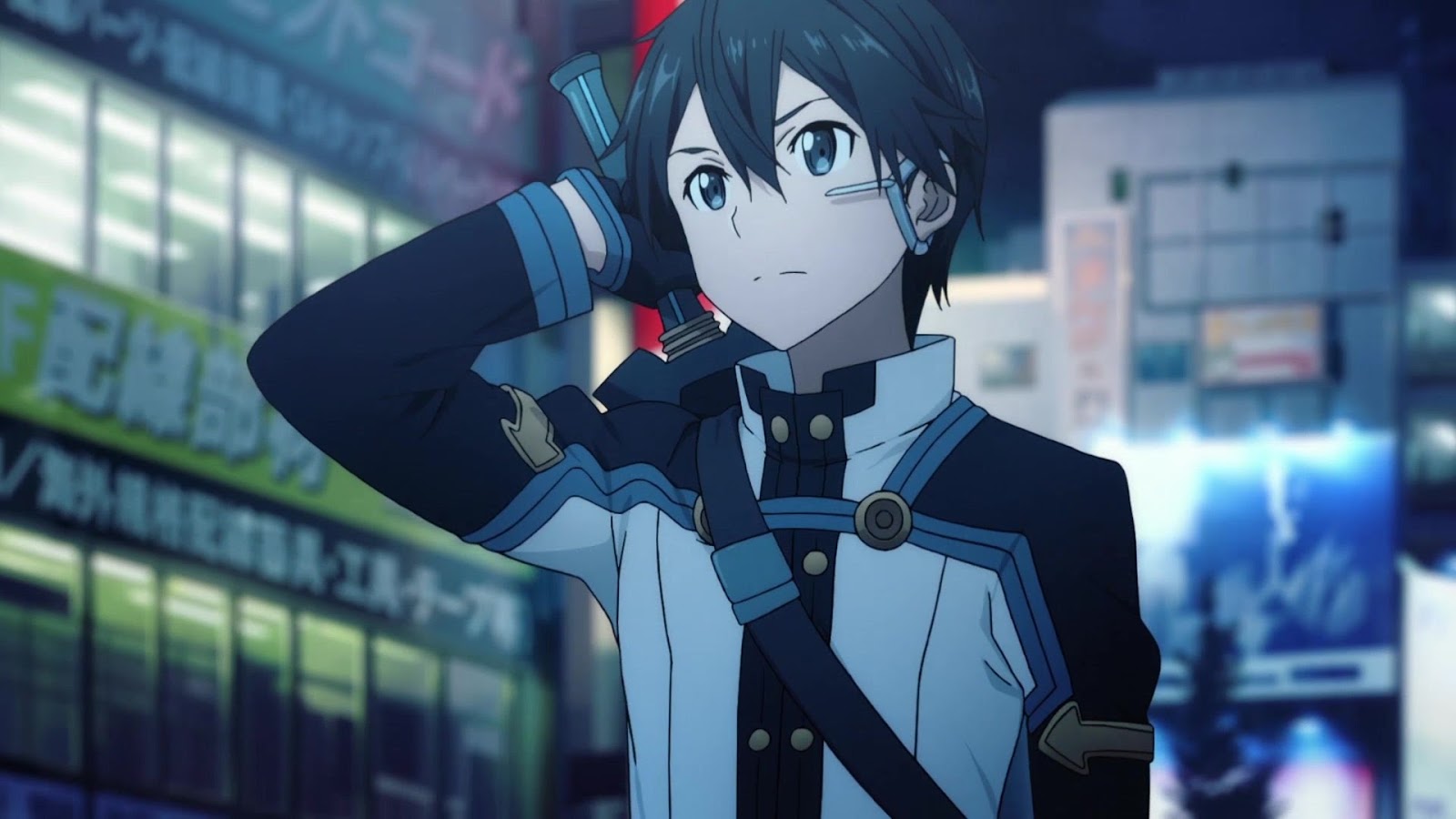 Sword Art Online has also been pretty popular since the series first aired. What got you invested in playing someone like Kirito?

Sword Art Online is an incredible series. It was another anime I started watching in Japanese and couldn’t stop watching. I was blown away by Matsuoka-san’s performance in the role, and it was a dream come true to be able to step into the shoes of the character as well.

I feel like my work on Sword Art Online really forced me to grow as an actor. Alex von David, SAO’s director, is so passionate about the work he does, and I tried to bring that same passion to my performance. He never accepts a take that doesn’t fit the character and the moment in the show and will work until we find what is right. As Kirito, I hope for screams and battle cries that give viewers goosebumps, which was my experience when watching Matsuoka-san’s performance in the role. We would save time every session just to scream until we found what we were looking for. As Kirito climbed Aincrad, I leveled up my VO game.

Any other projects you’re working on that we should look forward to?

I’m in a very exciting time in my career, and there are a number of things I’m working on I can’t talk about just yet. I’ll announce as soon as I’m allowed on my social accounts, @BrycePapenbrook on Instagram & Twitter.

Any last words you want to say to your fans?

Thank you so much for the support and for enjoying the projects I’m lucky enough to be a part of. As a voice actor, I work in a soundproofed room, pour my heart into the mic, and hope people hear my work. Meeting you at events like Anime NYC is such a special experience, and I’m so thankful for it.